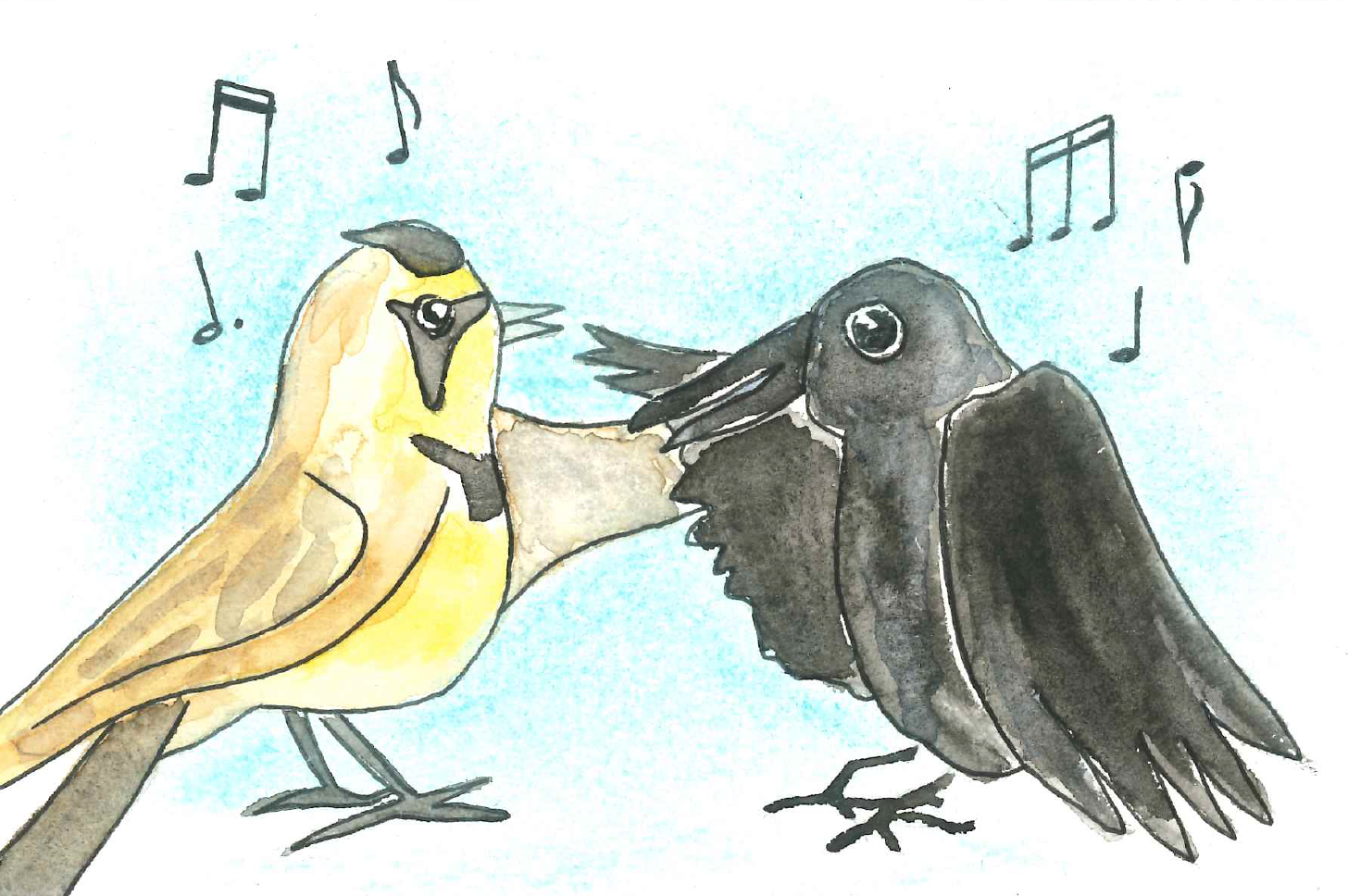 It is beautifully ironic that the gender-free contra-dance—a rebellion against tradition and norms—takes place in an 18th-century church.
By Katie A. Okumu

The signature move of Chris A. Ricciotti, founder and head organizer of the Boston Gender-Free Contra Dancers, is to call dances from the floor. His very contemporary headset mic, which he uses to maintain mobility, is juxtaposed with his very 19th-century newsboy cap. His bouncing tonal quality glides as effortlessly as he does, weaving through the long lines of dancers grouped together to form distinctive sets. Every person in the room of about 20 to 25 is operating within their own conception of gender expression: some dancers choose to wear long skirts and flowers in their beards, while others wear work shirts still marked with the unmistakable signs of a long day on the job.

“I want to be with the people, which really helps me focus on what’s going on,” Ricciotti says, as though it were the obvious choice.

Ricciotti has been “with the people” since 1988, when BGLTQ-identifying Boston residents first gathered at the First Church in Jamaica Plain, between Pondside and J.P. South. The group he heads now is here to dance contra, a form of social folk dancing with Scottish and French origins dating back to the 17th century. In a contra dance, participants are organized in couples that form sets of two in lines that stretch down the length of the dance hall.

It is beautifully ironic that the gender-free contra-dance—a rebellion against tradition and norms—takes place in an 18th-century church.

Ricciotti says the sense of egalitarianism that drives him today stems from the fact that he didn’t always find it in spaces he’d been in before. “There was a gay men's social group I belonged to [in the late ’80s],” he says. “I found out being in the bars is mostly like being in a high school locker room. There are hierarchies and stupid rules—people were always complaining that there was nothing to do.”

And so, Ricciotti created a space for others to dance freely, without “hierarchy or stupid rules,” as a community. The group was originally called the Jamaica Plain Lesbian and Gay Contra Dancers, and it has expanded over the years to welcome queer people of all identities into the community under the “gender-free” umbrella.

The language utilized in the space has similarly evolved over time. The traditional, gendered terms of “ladies” and “gents” has been replaced by gender-neutral terms. In the early years, the group used “arm-bands” and “bare-arms” to distinguish between the two roles. This idea had its limitations: individuals were less likely to change roles throughout the dance because they had to wear “armbands” throughout the entire dance. Because of this, members of the organization decided to switch up the labels again. Now, the group refers to the roles as “ravens” and “larks,” with ravens on the right, following the larks who lead on the left.

“The change in terminology was not something that came from me initially,” Ricciotti says. “It came from a need in the community to make the dancing more accessible and less gender-identified so they could feel more comfortable.”

According to Ricciotti, dialogue traditionally existing in this world of contra—permitted intimacy, sexual assault, and the gendering of spaces—has now reached the public sphere. More groups that do not refer to themselves as explicitly for the gender non-conforming community are taking on the terminology of gender-free dancing, he says.

The comfort and integrity of the contra dance lies largely in its sociality. In a contra dance, one interacts with everyone else in the set with moves that require actions typically reserved for one’s most intimate acquaintances: hand-holding, extended eye-contact, and the balancing of shared weight. But, in contra, dancers advance up and down the line until they have danced with everyone in the room. The intimacy is everywhere.

“In a contra dance, you can dance and touch every person in the hall by the end of the night, particularly if you are swapping roles. You can’t help but build community,” Ricciotti says.

And because one must focus intensely on the comfort of one’s partner in one’s desired role, Ricciotti says “there is a level of intimacy...permission to touch and connect and say hello. You walk into the room not knowing anyone and by the end of the dance, you know everyone.”

A moment that particularly stood out to Ricciotti was the memorial dance for Linda Leslie, a longtime caller and friend of the Boston Gender-Free Contra Dancers who passed on Feb. 11, 2018. The dance, attended by approximately 90 participants according to Ricciotti, magnified the intimate nature of the contra. “She was an advocate...generous with her mentorship and her time. [The dance] was an emphasis on who she was...a lovely tribute to her,” Ricciotti says.

This moment could easily be imbued with meaning from an outsider with reactionary interest; but members of the Boston Gender-Free Contra Dancers say this would be a grave mistake. What is significant about this moment, and the Boston Gender-Free dance community more broadly, is that it means a great deal to those living it. Ricciotti says it is not the most surprising or provocative aspects of the organization's nature that make it worth careful attention: it is the passion and warmth within the group that makes it a home.