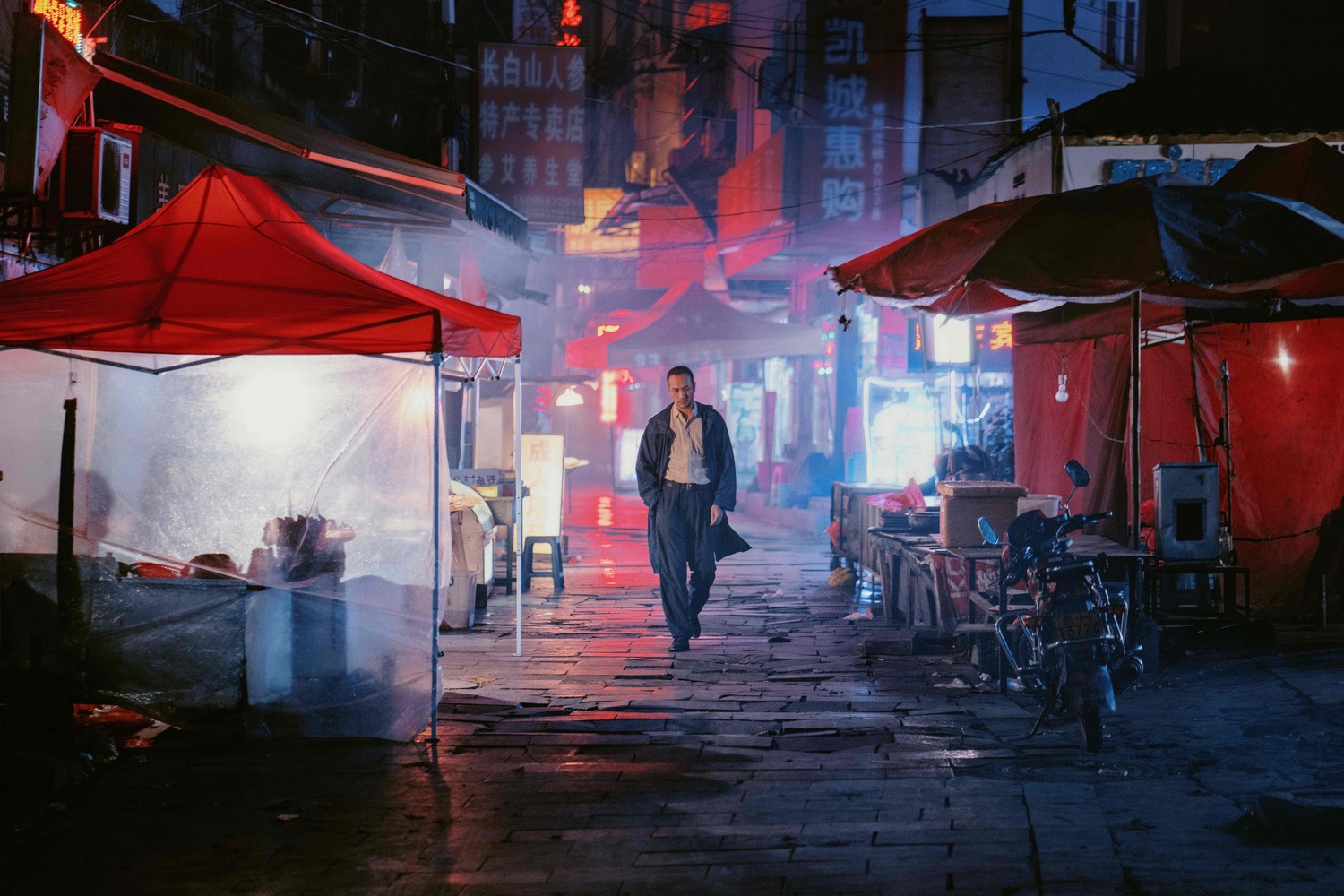 “Long Day’s Journey Into Night” (“Di Qiu Zui Hou De Ye Wan”) is, on paper, wholly unoriginal. It is far from being the first film to play on the gray area between dreams and reality—Christopher Nolan famously did it in “Inception,” and Makoto Shinkai uses it in his anime masterpiece “Your Name”—nor is it the only feature even in this iteration of the Cannes Film Festival to depict a loner’s exploration or experience of their hometown as they search for someone they loved and lost—”Ash Is Purest White” by Jia Zhangke is another Chinese film noir that depicts the same conceit, Eva Husson’s “Les Filles Du Soleil” a harrowing version of the trope. What director Bi Gan does in “Long Day’s Journey Into Night” that differentiates it from its predecessors and fellow premieres, though, is make 3D film into a cinematic experience integral to the film’s second half, in a way that amplifies the first half’s slow-moving narrative—both in direction and in plot—a beautiful tale of a man in search of the ghost of his past, one he isn’t even sure ever existed.

Indeed, Bi Gan’s film hinges on ambiguity—between dream and reality, between past and present, between passive gazes and purposeful scrutiny. It follows Luo Hongwu (Huang Jue), looking for one Wan Qiwen (Tang Wei). He met her a summer he is slowly forgetting, one he hopes to remember by returning after decades to his hometown of Kaili, where he fell for her. Throughout the film, memories of Wan appear in flashbacks, the direction mirroring Luo’s uncertainty as to the factuality of his memories. “Whenever I’m about to forget her, I dream of her,” he contemplates, bringing her back to life in a fantasy, an altered memory, or both, despite Wan’s prescient warning: “The less you remember, the less you forget.” The aphoristic dialogue veers far from the trite, however, more nostalgic than mawkish, a poetic mapping of Luo’s jumbled thoughts that seeps into the storytelling itself. When we learn the origin behind the book Luo still has of Wan’s, we ask the same questions Luo does. Did she leave the green book—which was meant to be bequeathed to the man she liked the most—for him on purpose? Or did she simply forget it, accidentally leaving it in Luo’s clutches, a man she never thinks she’ll see again?

Bi makes sure to play with this equivocal gaze and (mis)perception in his direction the same way he does with the questionable factuality of Luo’s reality: We don’t know whether what Luo experiences and remembers is real or not, but we do know, at least, that it is genuine. After all, “dreams are lost memories,” a reminiscence that may or may not hold credence in reality but that does for Luo, which is the dubiety Bi plays with. After Luo and Wan first meet, the camera drifts into the tunnel she walks in while he follows her in his car, hopelessly crawling after her in a shot that alternates between depicting them from behind—going toward the light at the end of the tunnel, Wan’s green dress iridescent as what little light that shines through glints off its satin sheen—and shooting the two through the window of Luo’s car, his head perched toward Wan as she stares sullenly forward. Eventually, she asks him if he will keep following her to the end of the tunnel. What she doesn’t realize is that he never stops—at least, not until he himself dives into another reality, one where everything is augmented, except for Luo’s feelings for Wan. “Memory rusts,” says Luo of his time with Wan. It’s no wonder, than, that Bi brings us into a world untarnished by the phantoms of a past that no longer exists outside of Luo’s imagination.

Bi brings us into that world with innovative, masterful technique that subverts the “Long Day’s Jouney”’s buildup to its climax. “This is not a 3D film,” reads a title card at the beginning of the film. And at its core, “Long Journey” is not just a 3D film—it’s a film noir that’s beautifully colored, exquisitely filmed in long-lasting shots that linger (sometimes too much) on its content, using unexpected angles and lighting to counteract the expected. But when Luo goes to the movie theatre to kill time before maybe perhaps finally potentially seeing Wan Qiwen, he dives into a 3D experience—a dream? An actual film?—and brings the viewer along into what is sure to be the most celebrated part of the film: a cinematic masterpiece that uses 3D not as a supplementary, money-grubbing addition to an already stunning piece of art, but that integrates 3D so seamlessly—quite literally—into a 55-minute-long take, a fundamental element that elevates the film to the stars the characters nearly touch, in one of many ethereal scenes.

In the maybe memory-dream, maybe film (“The difference between films and memories is that movies are always false whereas memories tell both lies and the truth,” says a character in the film’s first half, a foreshadowing, self-referential observation. I would personally like to believe the film within the film is in fact a future memory, one Luo does experience in all its truth and falsehood), Luo eventually encounters another woman with whom he embarks on what the title symbolizes, made literal in what is more of an endless rather than long journey into night. The couple flies, breaks apart only to come back together, and explores an abandoned house with a room that is rumored to spin. Time is illusory, a broken clock symbolizing eternity, a dying firework exemplifying the transitory, but none of that matters. “I worried about who was flying to the stars,” says Luo before the 3D portion of the film. He no longer has to wonder: Bi brings both him and the film to the heights of what cinema can achieve in a visual masterpiece that powerfully integrates an overworked concept into an exquisite filmic experience.