From Cannes: ‘Manbiki Kazoku’ (‘Shoplifters’) A Heartbreaking Look at Family 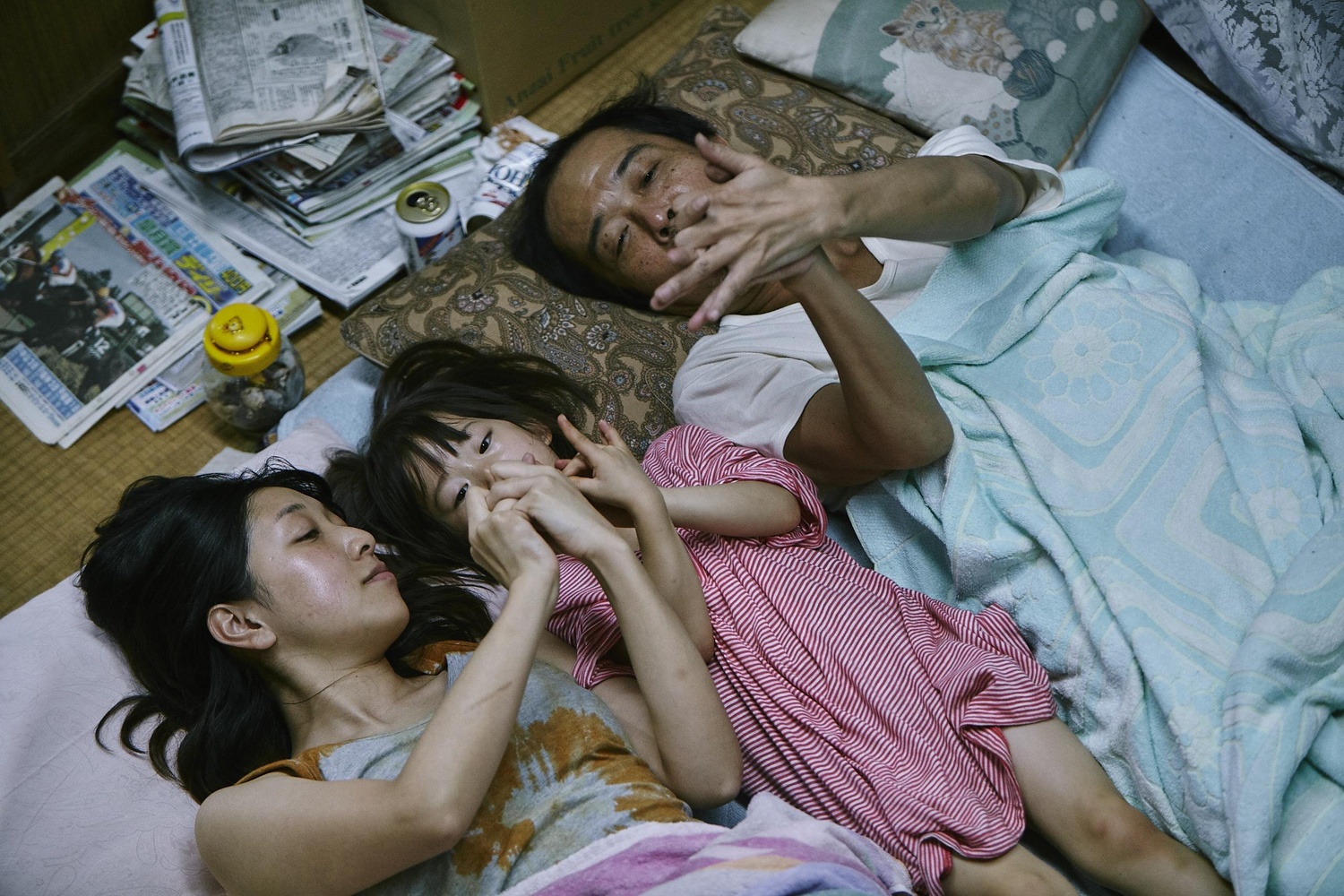 This year’s Cannes Film Festival is plagued by bad parents. They’re abusive, like Zain’s selfish parents Selim and Souad in “Capharnaüm” or Karin Viard’s disbelieving Mado in “Les Chatouilles.” Or worse, they’re absent, too busy with their own problems, like Marion Cotillard’s negligent Marlene in “Gueule d’Ange” or Carey Mulligan and Jake Gyllenhaal’s Jeannete and Jerry Brinson in “Wildlife.”

The parents in “Manbiki Kazoku” (“Shoplifters”), Osamu (Lily Franky) and Nobuyo (Ando Sakura), a construction worker and an industrial laundry worker respectively, aren’t delinquent, or violent, or cruel. In fact, they’re very good parents—they keep food on the table, bring their children to the beach on summer days, and give them new clothes when they need them. What’s more, they love each other and their children, giving them what they can with their humble means and sacrificing for their kids.

They also happen to be petty criminals, teaching their son, Shota (Jyo Kairi), to shoplift. One day, after shoplifting, Shota and Osamu come across a little girl (Miyu Sasaki) on a neighboring front porch and decide to bring her home. Her bruises and flinching mannerisms suggest child abuse, and Nobuyo genuinely begins to love her—so it makes sense that they keep her and rename her Rin, giving her the affectionate home that her real parents couldn’t. The Shibata family becomes a perfect domestic unit: the parents, Shota and Rin, their grandmother (Kirin Kiki), and an older sister Aki (Mayu Matsuoka).

But Japanese filmmaker Hirokazu Kore-eda gently teases out the truth, until the Shibata family reveals the dark secrets that bind them together. Shota explains away wrongdoing with obviously rehearsed aphorisms—“Only kids who can’t study at home go to school,” for school truancy; “Whatever’s in a store doesn’t belong to anyone yet,” for shoplifting. The grandmother’s regular siphoning of “pension” from her husband’s mistress’s family begins to seem more and more like a scam, and Aki’s side-job—a stripper in a chatroom peep show—feels less family-friendly and more “Secret Diary of a Call Girl.” And, most saliently: Why does each member of this family steal so casually, Shota covertly dropping bags of potato chips and packages of ramen noodles into his backpack, Nobuyo taking jewelry left behind in the pockets of the clothes she cleans?

Cannes veteran Kore-eda paints a tender picture of a makeshift family, parents who build a life for themselves despite their societal illegitimacy and relative squalor. Kore-eda’s lovely camerawork makes an imaginary mansion of their meager Tokyo home, showing the beauty to be found in simple places. If at times a bit logistically confusing, “Shoplifters” gracefully balances complicated ethical queries—can you choose your children? Is it wrong to break the law if it helps someone in need?—with an intensely human portrait of a unit of people, whose warmth and care for one another is markedly unforced.

Logistically, some of the film’s particulars are complicated. It’s slightly unclear how the original members of the family came together—is the grandmother biologically related to Osamu or Nobuyo? How exactly did Aki join the clan?—but those uncertainties are relegated to an unimportant subplot, anyway. “Shoplifters” works best as a character study of a family, honing in on each member in turns, namely parents, Osamu and Nobuyu. Ando Sakura gives a subtly genius performance as Nobuyo, whose maternal instinct is like sight or sound, effortless and natural. “If they say they hit you because they love you, that is a lie,” Nobuyu tells Rin. “If they love you, this is what they do.” She gives her a hug, and Kore-eda makes it clear that it would be ludicrous to see her as anything besides Rin’s proper mother. Half of that performance ought to also be credited to Kairi and Sasaki, whose baby performances are some of the most innocent and wide-eyed to date. Kore-eda uses his actors tactfully, building their small, yet wonderful world with great care.

But Rin is still, in effect, a kidnapped child, no matter how perfect her new family and home. And Shota, who gradually comes of age, begins to realize the unconvention underpinning his family life. The fragility of their familial bond is apparent from the outset, which makes the jarring last half-hour of the film—spiraling into one confession after another—particularly tragic. The film’s explanation unravels quickly, and here Kore-eda hits blunt revelations, masterfully cutting together police testimonies and interviews. They ought to make these characters villainous, but if anything they have the opposite effect. In fact, they’re more human than ever before.