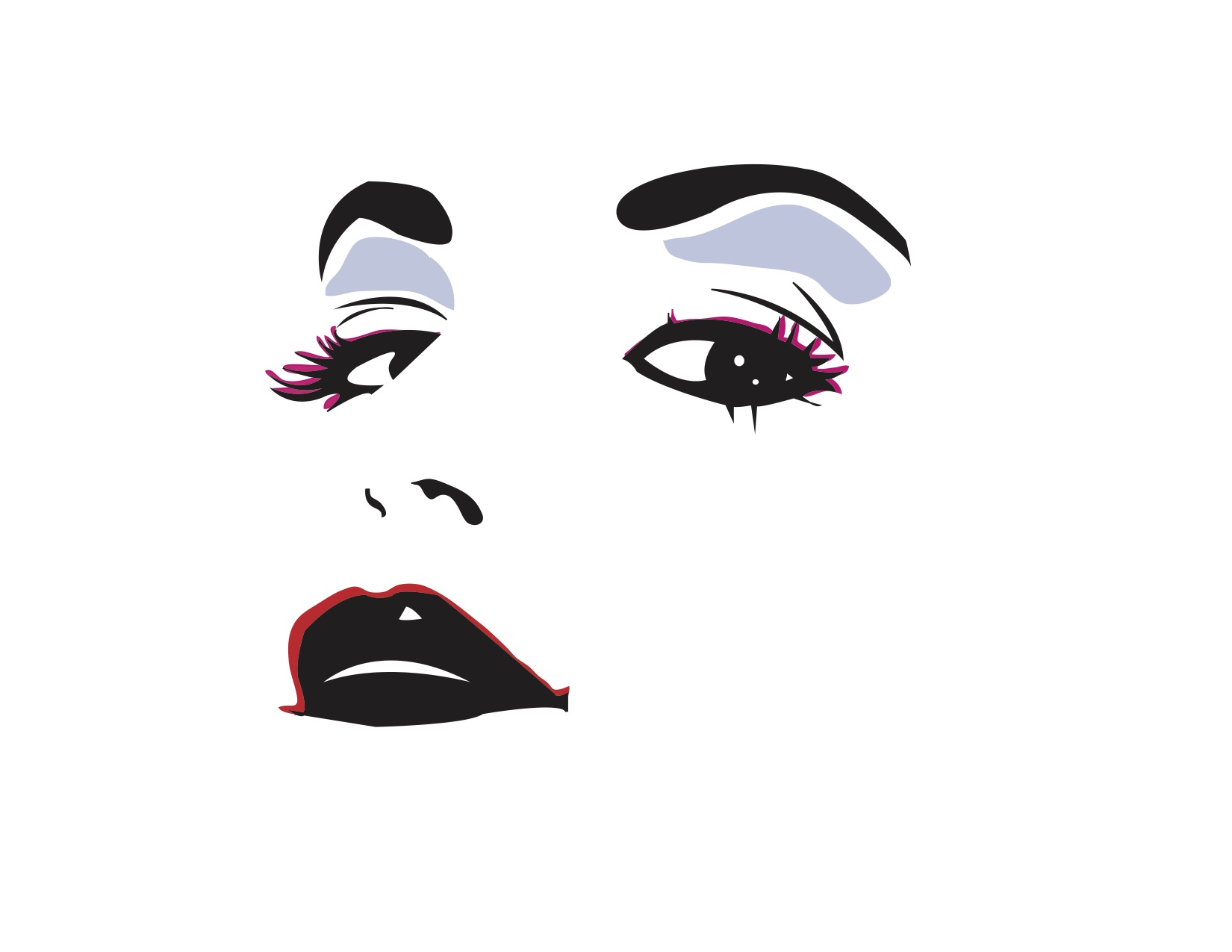 Sometimes, I pretend I’m in one of those getting-ready-montage movie scenes, like the songs from Spotify’s latest pop playlist are actually my life’s perfectly-synced backup track.
By Elyse D. Pham

When the clock strikes nine on Friday night, the next hour moves forward on its own accord.

Laptop closes, makeup bag opens; contents removed and applied systematically. First is always the eyeliner — that one’s tricky, for the wings to be sharp enough and long enough and even enough. Next comes eyeshadow, a glittery blend carefully perfected from three semesters of trial and error. Mascara, blush, highlighter, lip gloss. The mirror congratulates me on my handiwork. Dewier, brighter, and more vibrant; the canvas is complete.

I stopped having to think about it months ago. I know the drill.

Sometimes, I pretend I’m in one of those getting-ready-montage movie scenes, like the songs from Spotify’s latest pop playlist are actually my life’s perfectly-synced backup track. This would be the part when the girl dramatically parts her closet’s curtains and takes stock of her options — hands on her hips, contemplative.

The friends who raid my wardrobe say I have more tiny shirts than anyone. Admittedly, there are a lot — more variations of crop top that you can imagine, unified by the shared traits of being both tight and low-cut. My friends and I have all discussed our individual boob situations; I’ve finally figured out how to manipulate my smaller-than-average ones into their optimal positions so that they’re pushed-up, never flattened. I rotate through several possibilities before deciding. Maybe tonight, a microscopic stretchy grey thing will both strategically cover and reveal my body.

I return to the mirror, again, which tells me that the grey thing is doing exactly what it should. A moment of self-admiration; a quick adjustment of an eyelash, a change of earrings. Satisfied, I shut off the music, grab my jacket, and hurry off to wherever my friends are dancing.

High school policy debate is a weird mix of hyper-conservatism and hyper-liberalism. You start out applauding U.S. hegemony, progress to calling for the end of civil society, then go back again. Sophomore year of debate tends to be when most people experiment with radicality — this was the year that introduced me to gender studies.

Prior to the year, I had practiced the kind of straight-up feminism that had nothing to do with academia, that could simply articulate itself in ‘equality’ and ‘rights.’ Now, I pored over various strains of queer theory, feminist theory, and their intersections with other facets of identity. I wanted to know how to incorporate the ivory tower into everyday life.

That spring, I was preparing for a debate tournament when I stumbled upon an online interview with Judith Butler on the construction of gender. One quote particularly struck me: “Performativity… is not freedom, but a question of how to work the trap that one is inevitably in.”

It’s midnight, and we’ve finally reached our destination. Run through the rain, waited in line, got our names checked off, filed into a dark, pulsating room. The strobe lights flash red and blue and green, mingling and blurring like the mass of bodies beneath them.

Inside the mass, we dance. We dance with each other, against each other — a big group of girls amidst other big groups of girls, a boy or two hanging on the edges of each. These are the boys who got us into the party, powerful even if outnumbered. Or because they’re outnumbered.

We dance and sweat and look like we’re having fun, and we are, for the most part. Except when there’s a lull in the music, or when our friend has left to get another drink, and we survey the room, carefully. Scrutinizing the crowd to see whether we are being scrutinized. Trying to catch an eye, willing its owner toward us.

If we fail, we silently reassess our handiwork. We thought we knew how good it was — we were so proud of it before, as we floated through our autonomous routines. But perhaps it was never just ourselves that we wanted to impress.

I first went to a seven-week summer debate camp after sophomore year. Around the same time that I discovered Butler, debate helped me discover what I wanted in a community and those who comprised it.

The activity was, and still is, suffocatingly male-dominated; yet, in the muggy heat of Ann Arbor, Mich, I found myself surrounded by the kind of female friends I rarely encountered at my own high school. Our conversations seamlessly oscillated between international relations and debate boys; postmodernism and how ‘far’ we went with our latest hookup. We speed-argued about education policy for hours before drinking Four Lokos in the bathroom stall and raiding Urban Outfitters for crop tops.

My new friends and I carved out a space for ourselves and expanded it — in the stratified social scene of summer debate camp, through the oppressive tension of tournaments. They taught me that being smart and nerdy weren’t mutually exclusive with being hot and sexual and desired. We could deliberate over outfits and makeup each morning, purposely parade to debate lab in our tiniest shirts before handily beating the boys during practice debates.

Having fallen into Butler’s “inevitable trap,” we actively molded ourselves to fit its shape; performed our femininity in exactly the way that it’s supposed to be, sexualized and objectified our own bodies. But at least, in some ways, we took control of our participation, redefined the terms of it.

We never managed to extricate ourselves from the trap — I don’t think we even tried. Subversion, maybe, if not destruction.

I stumble back into my room at 2 a.m. Plop down at my desk and look in the mirror, except it doesn’t quite congratulate me this time — smudged eyeliner, lips back to pale pink, sweaty hair sticking to my forehead. It’s the price to pay for a fun Friday night, though, and I’m used to it. This ephemeral masterpiece that I create each week, both motivated and ruined by hours of scrutinized movements and too-close quarters.

Most nights, this is when I reach for a makeup wipe and erase it all, turn the canvas back to its natural state. Maybe tonight, I grab my phone instead. I take a picture, angling my face just right, so the light of my desk lamp obscures the smudging. I add a caption, send it over Snapchat, throw the phone on my bed, immediately retrieve it. Open the app again, involuntarily refreshing. Waiting for a response.

I stay up too late, waiting, and don’t remember falling asleep. When I wake up the next morning, there’s mascara on my pillowcase.

—Magazine writer Elyse Pham can be reached at elyse.pham@thecrimson.com.