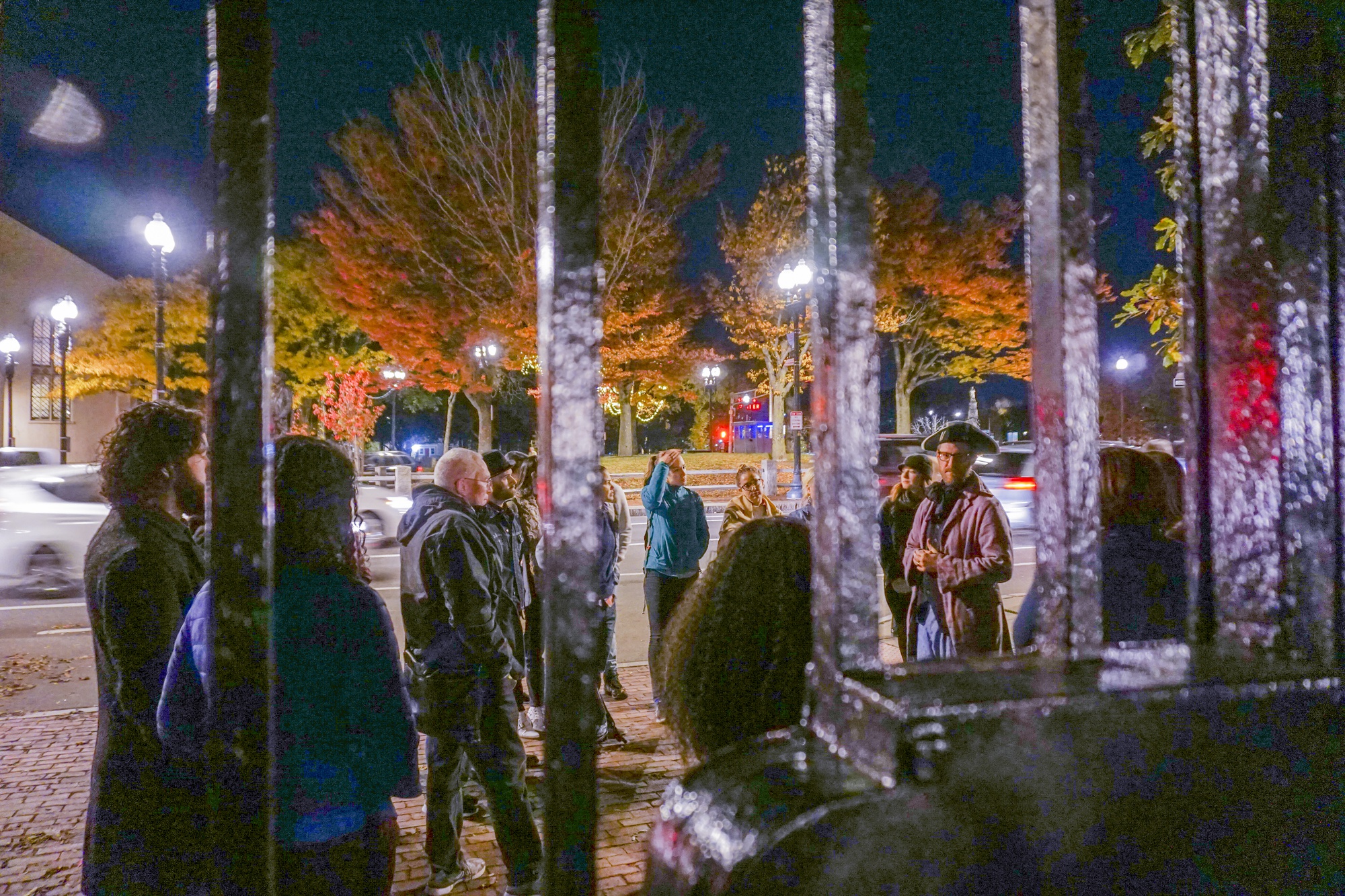 A Cambridge Historical Tours tour guide tells a tour group a story about a Harvard Medical School professor who killed someone who lent him money during a Harvard Square ghost tour. By MyeongSeo Kim
Advertisement
Advertisement

A Ghostly Tour of Harvard Square

The tour doesn’t guarantee spiritual encounters, though it does promise to “entertain and perhaps freak you out.” And so, on a chilly Thursday night, I went to see if it would make me into a believer.
By Rebecca E.J. Cadenhead

“Raise your hand if you don’t believe in the supernatural.”

Our tour guide, John, glanced around our group, as if looking for a challenge. Around 20 people had assembled in front of the Harvard COOP, swaddled in enough layers to make spending 90 minutes in the cold bearable. John, dressed in a purple doublet, leather shoes, and tricorn hat, stood out. He looked like he could’ve been an apparition from the 1700s himself.

Standing in the back, next to two adult tourists from Michigan, I tentatively raised my hand. I was the only one.

“Nobody?” He sounded genuinely surprised. Maybe it was just as well that he hadn’t seen me. I surveyed the people around me, visitors from as far away as California and as nearby as Cambridge. Most were older than me, though there were a few young-looking couples. 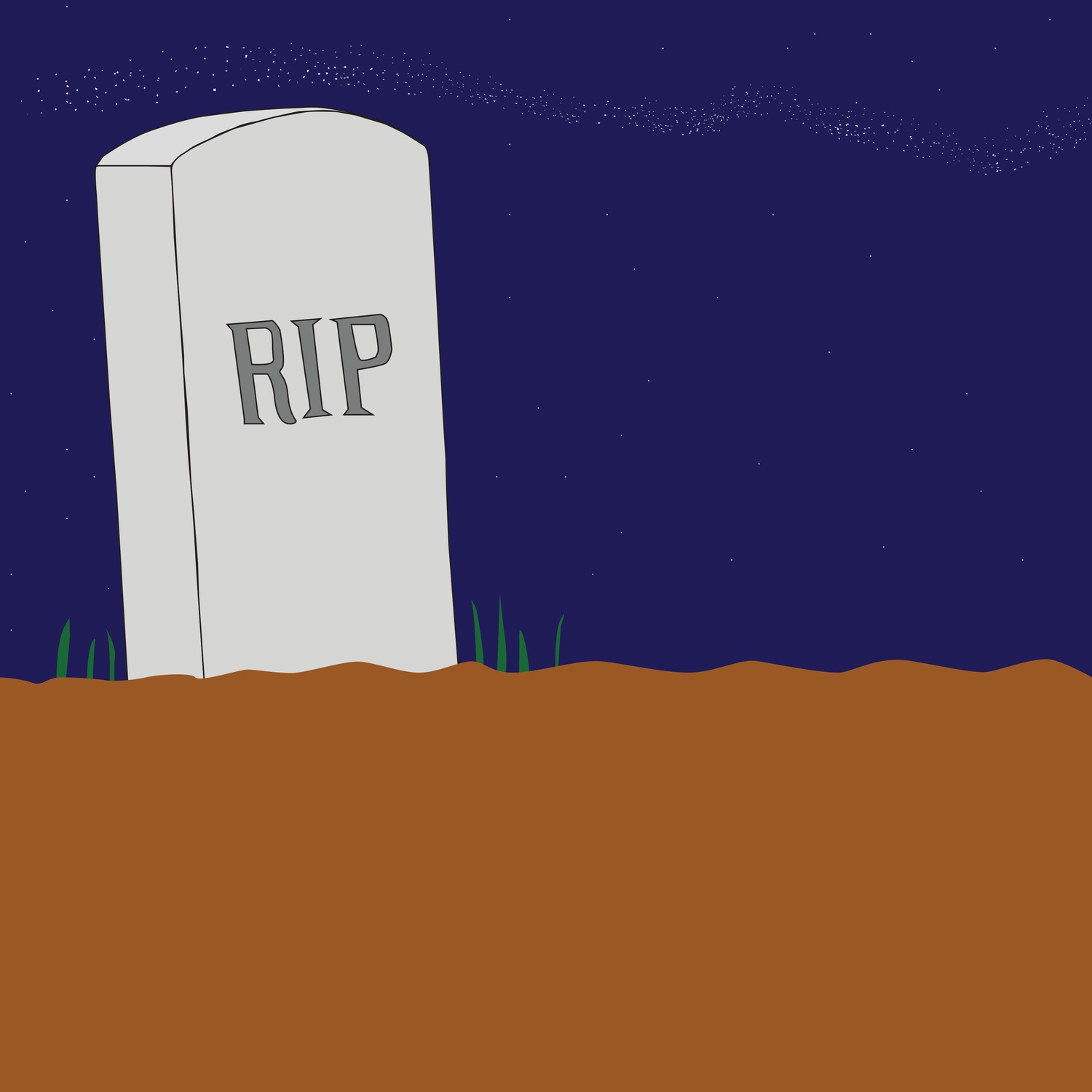 In October and November, Thursday through Sunday, Boston Historical Tours offers a Harvard Square Ghost Tour. This is just one of almost two dozen tours that the company offers with the goal of enlivening colonial history. All of the tours, which take place throughout the Boston area, are led by actors in period-appropriate costumes. As the tour circles Harvard Square, guests are entertained with history of the area, tales of ghost sightings, and true crime stories. The tour doesn’t guarantee spiritual encounters, though it does promise to “entertain and perhaps freak you out.” And so, on a chilly Thursday night, I went to see if it would make me into a believer.

For those looking for standard scary stories, the tour does not disappoint. Harvard, as it turns out, is not short on the macabre; people have been dismembered, bludgeoned to death, and suffered otherwise tragic and untimely deaths. Though creepy, the anecdotes won’t keep you up at night. There seemed to be an awareness among tour-goers that it was, at the end of the day, just a performance — stories were greeted with exclamations of, “that was really good!”, and from less enthused patrons, “so dramatic.”

Still, there were some stories that seemed to strike a nerve. Almost three centuries ago, three slaves in Cambridge, Phillis, Phoebe, and Mark, were sentenced to death for the murder of their master, John Codman. One was sent to the West Indies to live a short, brutal life on a sugar plantation; another was burned at the stake; the last was hanged, tarred, and left on a post for so many years that his body became a local landmark.

This story was greeted with silence. I looked around at the group; their faces, illuminated in the multicolored string lights of Winthrop Square, were tilted down, as if in shame. Behind us stood Peet’s Coffee, the site of the jail where Phillis, Phoebe, and Mark had been held. Inside, the baristas were starting to close down for the night, and a few remaining patrons typed at their laptops.

A five minute walk from the Square is Cambridge Commons, the site of many executions in colonial times. Elizabeth Kendall, an immigrant from Ireland, was hanged there in the mid-seventeenth century. Her crime? She had been speaking a foreign language — Irish — in public: a sure sign that she was a witch.

Occasionally, Harvard itself seemed to be counted among the unsavory spirits on the tour. Initially, John warned us that we were unlikely to see anything freaky. He cracked that if we saw, for example, ectoplasmic slime, “it might have come from the incoming freshman class.” When we passed a row of final clubs, which the tour guide said were born from the outlawing of fraternities on campus, he joked, “Can we have a moment of silence for the fact that Harvard considered Greek life too exclusive?”

We ended our tour at the Old Burial Ground, between First Parish Church and Massachusetts Ave., an ideal spot to hear a scary story. We huddled together among the gravestones as John regaled us with the tale of a ghost sighting that had reportedly occurred there only a few years earlier. Above us, the brittle leaves of oak trees cracked and fell, rustling in the wind. I realized that it had become so dark that I could barely make out the expressions of my groupmates around me.

Despite my reservations about the existence of ghosts, I began to feel a genuine chill creep up my spine. Then again, I could have just been standing in the cold for too long. Either way, I headed straight for the lights of Garden Street on my way out.