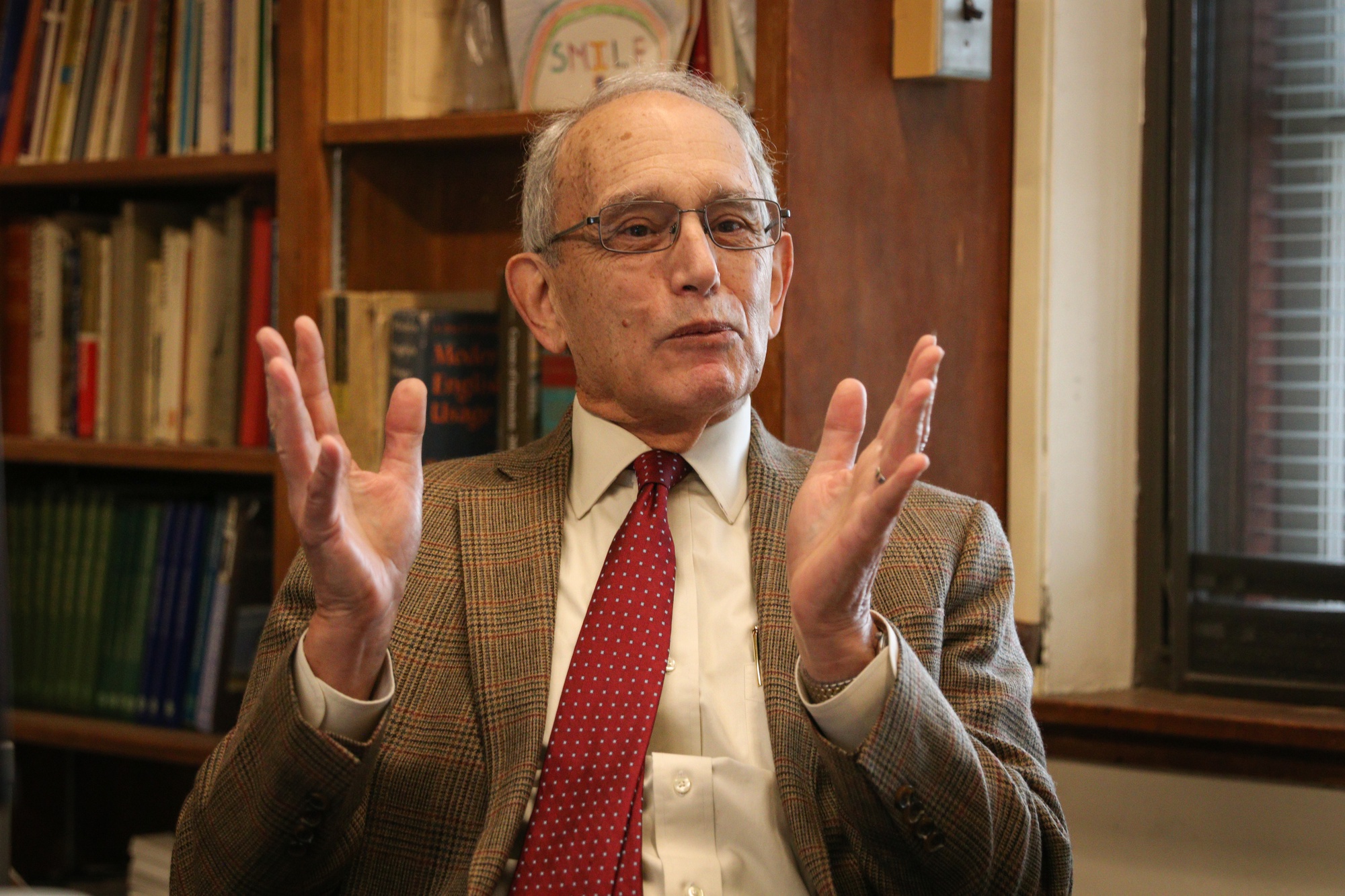 The Black Sheep of Harvard Economics

Today, he sits surrounded by floor-to-ceiling shelves with books on topics from social change to imperialism, a physical manifestation of Marglin’s stark difference from many of his peers in the department.
By Samuel D. Buckley-Bonanno and Bhargavi Garimella

Economics Professor Stephen A. Marglin ’59 is an infamous presence in the halls of his department. In the early 1990s, in a building full of professors extolling of the virtues of American capitalism, Marglin professed that the abolition of capitalism is “necessary, but not sufficient.”

“I never felt like I had to hold back my beliefs. Maybe I should have, but I never did,” Marglin says.

Marglin has worked to expand Harvard’s intellectual diversity for over fifty years. Today, he sits surrounded by floor-to-ceiling shelves with books on topics from social change to imperialism, a physical manifestation of Marglin’s stark difference from many of his peers in the department.

Within months of getting tenure, however, the tremendous social upheaval of the late 1960s led Marglin to question the foundations of his discipline. He went to India to discuss the new cost-benefit analysis he had been pioneering with the Indian government. On this trip, Marglin began to question the Western projects he previously embraced. Marglin had spent his life surrounded by the idea that he now believes implicitly suggested “the superiority and modernity of Western culture and the ‘backwardness’ of local people.” He acknowledges that “we would have been insulted if you called us colonialists, but we had a lot in common with colonialism.” In a new country, Marglin began questioning his prior beliefs: the assumptions of individualism and capitalism.

When Marglin came back to Harvard, he found a new social consciousness in unexpected places. He remembers a group of “fearful, very preppy kids” who came to his office shortly after he returned. One introduced himself as the son of the president of Chase Manhattan; the rest had fathers heading various other New York banks. The students asked Marglin how to lobby their fathers and convince them to change their views on the war. “I said to myself, boy, this place has changed,” he recounts.

As the 1960s came to a close, Marglin’s allegiance shifted from neoclassical economics to more radical beliefs. Quickly, he established himself as the most liberal member of the Economics Department. This status lent him the ire of the department’s leadership, who were quick to see him as stridently rejecting the whole body of economic thought; at least, he seemed to reject the parts of their theories that they cared most about.

As one of the most radical members of the Economics Department even today, Marglin has tried to diversify course offerings, and to create spaces for a wide range of economic thought on campus. In 2003, Marglin wanted to create an alternative to Economics 10: “Principles of Economics” — the introductory economics class that, at the time, was taught by Martin S. Feldstein ‘61. The intention was to introduce students to various critiques of mainstream economics. But Marglin recalls that Feldstein was “adamantly opposed” to the idea and brought the rest of the department in line.

“Feldstein's position was that there are two kinds of economics. There's good economics and there's bad economics,” Marglin says.

Marglin explains that this binary is part of a deeper-rooted issue in the social sciences.

“The profession likes to think of itself as apolitical, but that's just completely wrong. All of us need to confront our ideologies, to allow them to be challenged, to have it in competition with other ideologies. The political aspect cannot be avoided. It's how you address it that matters.”

Still, Marglin acknowledges the limits of his influence.

“I don't think I've had the kind of impact I'd like to have had. Or, in fact, not much at all. But I do think I've had some impact on students, and I'm very pleased about that.”

Despite working in a field structured around an ideology at odds with his own, Marglin still holds a cautious optimism for the future of economics.

“If students want something different, they should demand it, and not one by one, but together. They come to my course because they have some suspicion that they're missing something, but they don't know what it is.”