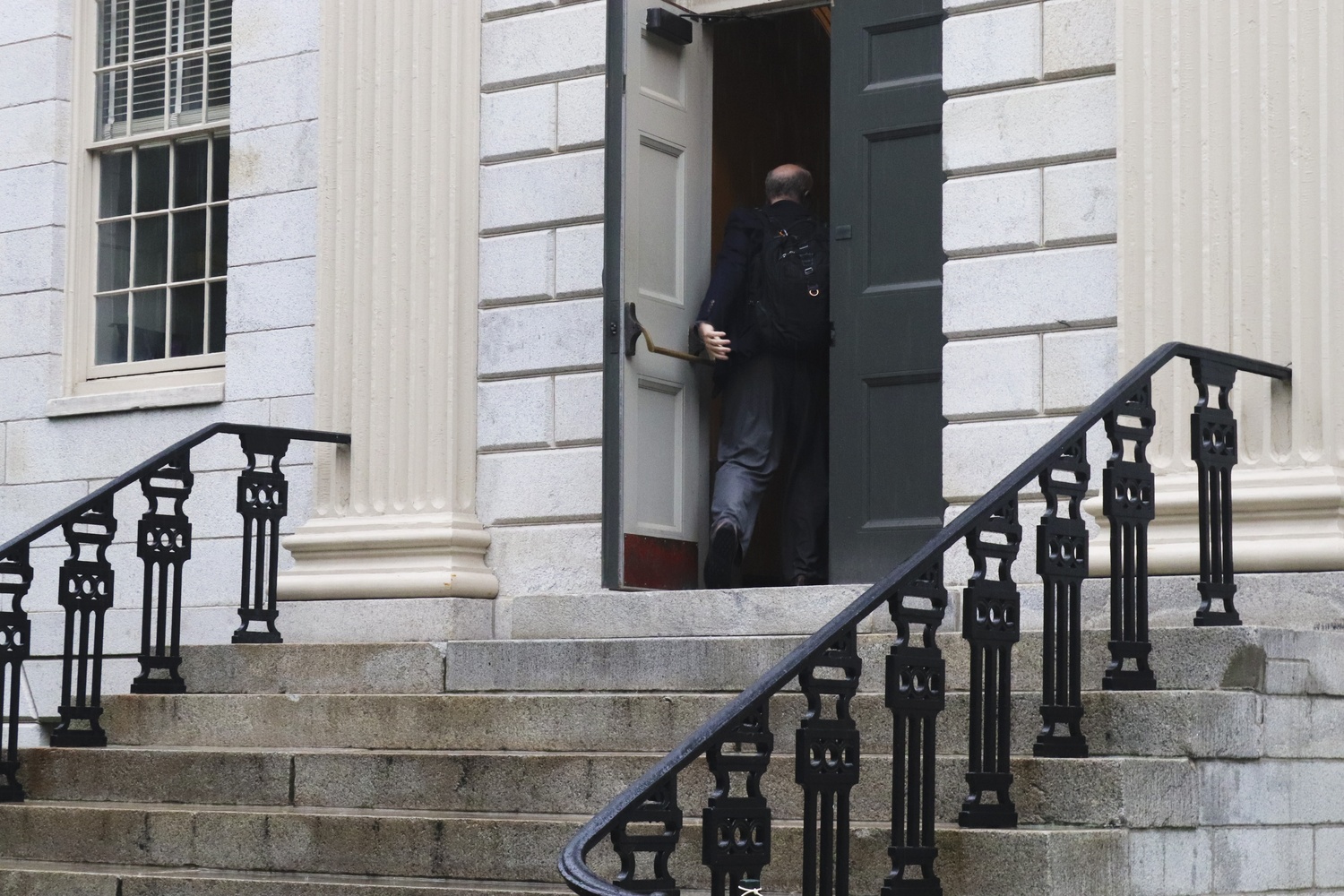 According to Howell, Bacow told the Council — the Faculty of Arts and Sciences’s highest governing body — that a lack of respectful conversations on campus in recent months has become a major “campus climate” issue. Howell said Bacow cited an incident at the Harvard Kennedy School last week in which roughly 30 protestors interrupted an event featuring Bacow and Graduate School of Education Dean Bridget Terry Long.

At the event, students from two campaigns — Divest Harvard and the Harvard Prison Divestment Campaign — chanted and lofted signs in the John F. Kennedy, Jr. Forum, calling for Harvard to divest its nearly $40 billion endowment from companies related to the fossil fuel industry and the United States prison system. Six of the students sat down on the stage.

After Bacow and Kennedy School Dean Douglas W. Elmendorf failed to convince the students to move to the back of the room so that Bacow and Long could continue their presentation, administrators and some audience members left the forum, continuing the event in a nearby classroom to a smaller audience.

Bacow told the Council that he was “concerned” and “disappointed” by the incident, Howell said.

“I think until now his sense was that, however much we may disagree with one another, that we gave each other the chance to speak,” Howell said. “He wasn’t able to speak at all, even after the protestors were acknowledged, and their right to protest was acknowledged, and they were asked to then let him speak on the topic at hand at that meeting.”

Howell said the Council agreed that the incident was “not desirable,” though some members noted a lack of trust between administrators and students may have led the protestors to “assume a kind of malice on the part of their interlocutors.”

“I don’t think we reached any solutions, but he expressed concern about finding ways of having dialogue and mutual trust, I guess that maybe has weakened, maybe not even particularly at Harvard but in our society in general,” Howell said.

Bacow also pointed the Council members towards his recent op-ed in The Crimson addressing the incident at the forum, in which he wrote the students’ protest was an effort to “obstruct the rights” of himself, Long, and audience members.

Ilana A. Cohen ’22, a member of Divest Harvard, previously said in an interview with The Crimson immediately after the Thursday event that an open dialogue between administrators and students calling for divestment is vital to upholding the University’s position as a “responsible institutional actor.”

“We think it's essential that the administration is actually willing to engage with us in a dialogue,” Cohen said at the time. “It's very different to simply put out positions, or make points in articles to The Crimson than it is to actually engage your students in conversation around an issue that is so pertinent.”

The Council also heard a proposal from the Systems Biology Ph.D. program to change its name to Systems, Synthetic, and Quantitative Biology.

The content of the program — which is run by the Graduate School of Arts and Sciences and draws faculty from FAS and Harvard Medical School — will not change. Rather, the program proposed the change to “better [reflect] the variety of fields in which faculty and students work,” according to Howell.