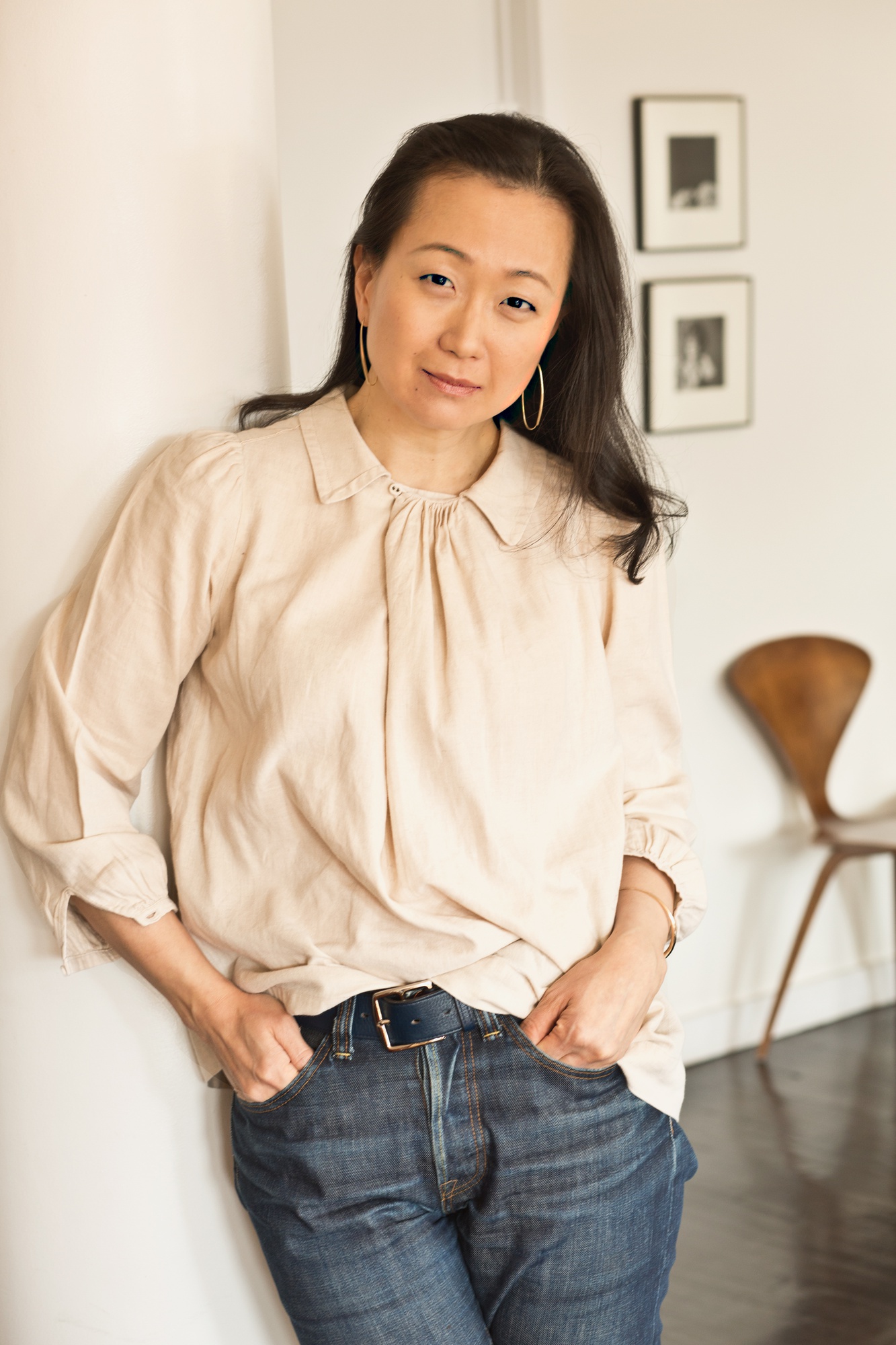 "I thought it’d be simpler to be a writer, so I quit law and I started to write fiction. I was entirely wrong."
By Letitia C. Chan

Min Jin Lee, currently the Catherine A. and Mary C. Gellert Fellow at the Harvard Radcliffe Institute, is the author of New York Times bestseller and National Book Award finalist “Pachinko” and her debut novel, “Free Food for Millionaires.” She is currently working on the third novel in her“Koreans” trilogy, “American Hagwon,” which grapples with education as experienced by Koreans and Korean Americans. FM sat down with Lee to discuss her writing, the research processes behind her fiction, and the themes of ethnicity and diaspora she explores in her work. 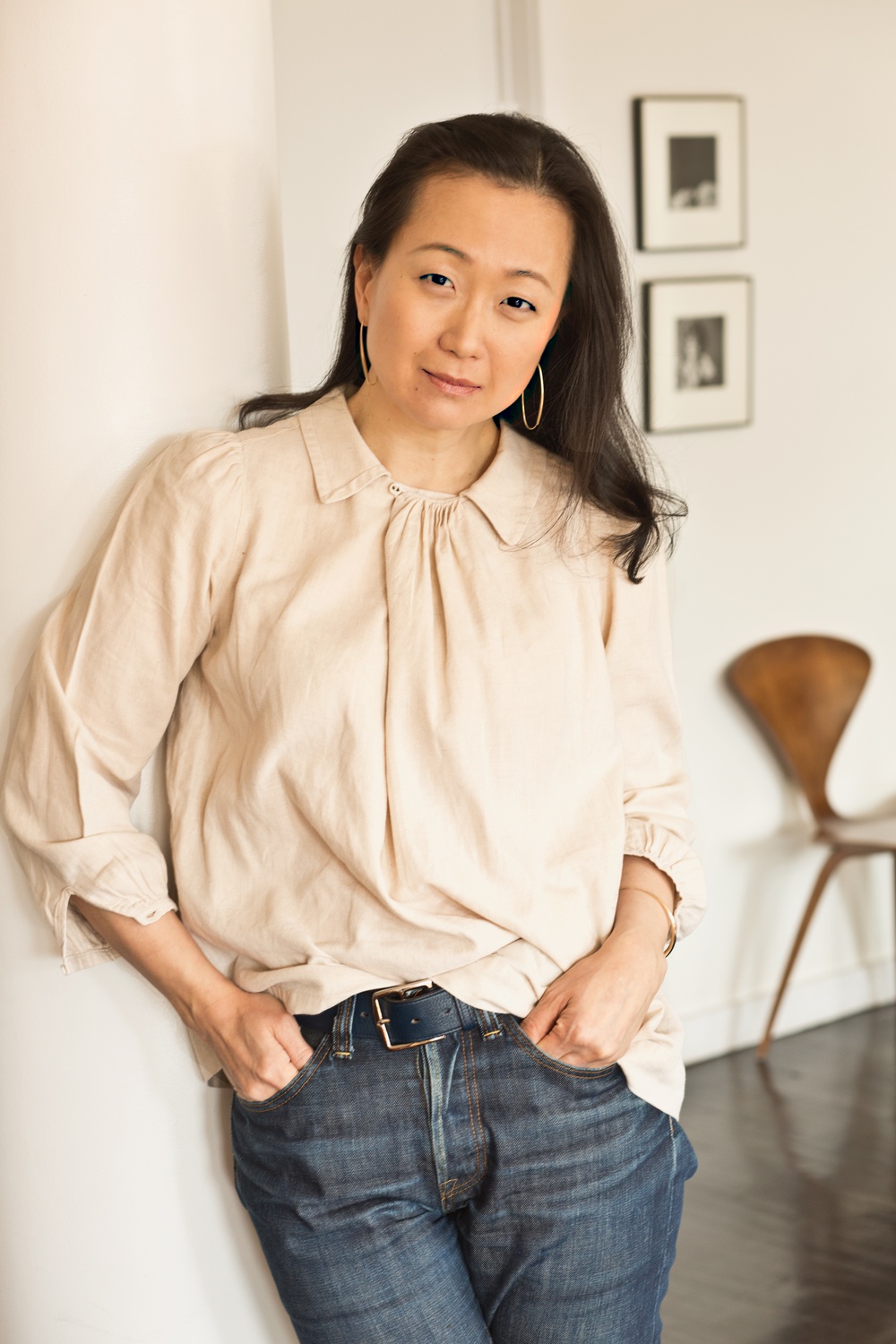 FM: Why do you think you wanted to become a novelist?

MJL: I never thought I was going to be a writer until I finished being a lawyer. I quit being an attorney when I was 26. I practiced law for two years — I was very ill with a liver disease, and I thought maybe being a lawyer was not a good idea because the hours were so extreme. I thought it’d be simpler to be a writer, so I quit law and I started to write fiction. I was entirely wrong: It’s much harder to be a novelist than it is to be a lawyer, significantly harder. But I figured that out after a series of failures as a writer. I wasn’t one of those kids who [was] like, “I want to be a writer or a poet or playwright.” Those were such far-fetched ideas to me. When I was in college and high school, there were very, very few Asian American writers who were getting any kind of attention, so I wasn’t wrong to think this would be an illogical, irrational, luxurious dream.

FM: In the opening line of “Pachinko,” you write that “History has failed us, but no matter.” Your undergraduate training was in history — what do you see as the limitations of the discipline in telling the stories your work focuses on?

MJL: Historians cannot do anything more than what their discipline requires them to do: using primary documents and artifacts to interpret what happened in the past. The problem is that many ordinary people cannot leave this evidence behind. Therefore, ordinary people are less considered by historians. Because of technology, I think we’re going to see a primary shift — now ordinary people are recording their lives in real time through social media. To me that’s an interesting thing: how will historians tackle this excessive abundance of recordings and documents? If history has failed us before, what will future historians think about the lives you and I have lived today in our public versus our private lives?

FM: You’re the first person who’s written a novel in English about Korean Japanese people. Writers, particularly underrepresented writers writing very necessary books, typically feel burdened by what some call “the ethnographic imperative.” Does it feel like a privilege or an obligation to give voice to those who have been silenced and tell the English-reading world the stories of Koreans?

MJL: All people of color, all outsiders, feel some burden of representation. That said, no one should be a writer unless you actually enjoy writing, because writing can’t be driven only by a sense of giving voice to disempowered people. No matter how high your moral high ground is, it’s impossible to show up every day and to feel as humiliated as you do, because the daily life of a writer in the public space is that you just feel like crap most of the time. If you enjoy the stories that you tell, and you enjoy the revision, the architecture of narrative, you’re incredibly fortunate.

To this idea of being the ethnic writer, or the outsider writer, or the person of color writer, I am absolutely all those things, and I don’t disavow those terms. People are going to put you in boxes, and to get upset about how people name you is a waste of time. I can’t control that — I can control only the quality of my work. I don’t really have these label issues, but that’s also because I’m older. I think it’s younger people who are giving voice to these things, and that’s their right; I think they should protest as much as they want to. Your generation is very idealistic and romantic, and that’s a good thing. Just because we can’t always practically do everything our ideals espouse doesn’t mean we shouldn’t try. Especially because people like you and I have enormous privilege now: We are affiliated with institutions that are so powerful, so it is really incumbent upon us to consider the loftiest, the highest values because we are given that privilege.

FM: Do you think people need permission to write about other groups that they don’t belong to?

MJL: There’s a whole theory right now that everyone should just stay in their own lane, and if you don’t have permission to write about a community you’re not part of, then don’t do it — I don’t agree with it. However, if you’re going to write about someone’s experience that’s not your own, it’ll be much harder. If you’re going to do it well, you better be a really good artist and learn how to tell that story in your field. At the end of the day, I believe that no matter what you’re writing about, the artist has to have a very strong intellectual and emotional connection to the material, and that connection has to be authentic. Sheer competence, having a strong command of the toolkit of your art will take you far. But commitment to making it the best as you can — that’s what makes something very special.

FM: Is it important to you that your work reaches both American and Korean audiences?

MJL: In the beginning, at my events, the crowd was almost uniformly white with some Latinx and African American and South Asian folks, but in the past year, a good 10 to 15 percent are Asian Americans. Very often Asian Americans will say to me, “I’ve never been to a reading before.” And I’m like, “Wow.” But they came because they had read the book. They’re so full of love and kindness, and I’m so grateful to my Asian American readers, because it’s hard to see yourself in a book. It’s almost as if you need a mirror, but at the same time a mirror tells you who you are. I think you need to do it like you need to drink water and breathe air. But you can go a long time without it, and Asian Americans and Asians around the world have so rarely been reflected in English. Thankfully my book has had sufficiently wide distribution, so it’s possible to find my book in a bookstore, and not all Asian American writers that I know and whom I respect enormously have had that privilege.

FM: An enormous amount of research goes into each of your novels, and in the three books in your Koreans trilogy, you’ve adopted a very research-based approach to novel writing. How did you develop that, and would you ever approach fiction differently?

MJL: Well, what I do is weird. Most fiction writers would never spend as much time on research and rightfully so. You really don’t have to do it. I just like to do it because I write such big, community-based novels, and because I have so many people with different jobs in my book, and since I haven’t had that many different kinds of jobs, it’s very important to me to be accurate. When I meet somebody who knows how to fix an air conditioner, I get kind of excited because I’m like, “Oh wow, you know something that I really don’t understand!” I’m happy to follow him around as he exchanges the Freon or explains that if you add a little bit of soap to this copper coil and it starts to bubble, that means the Freon level has been altered and so on. I really get off on this stuff. And then I might use maybe one percent of it when writing. I feel like I need to know all that stuff to understand the meter of someone’s dialogue.

FM: What do you see to be the relationship between literature and politics?

MJL: Everything about me is political, and I’m making an argument all the time. In my fiction I’m very political. It’s under all of the drama, and I let you decide what you believe. I’m not going to tell you what to believe, but I am going to present all the issues to you. My first book is really about what I think of capitalism. People think this book is about Wall Street and fashion, and I’m like, “No, it’s actually about how capitalism works.” My political arguments are in every point of view of every character, what happens to working class people, what happens to ruling class people, how human beings relate to each other in commerce — that’s all in my first book.

—Staff writer Letitia C. Chan can be reached at letitia.chan@thecrimson.com.