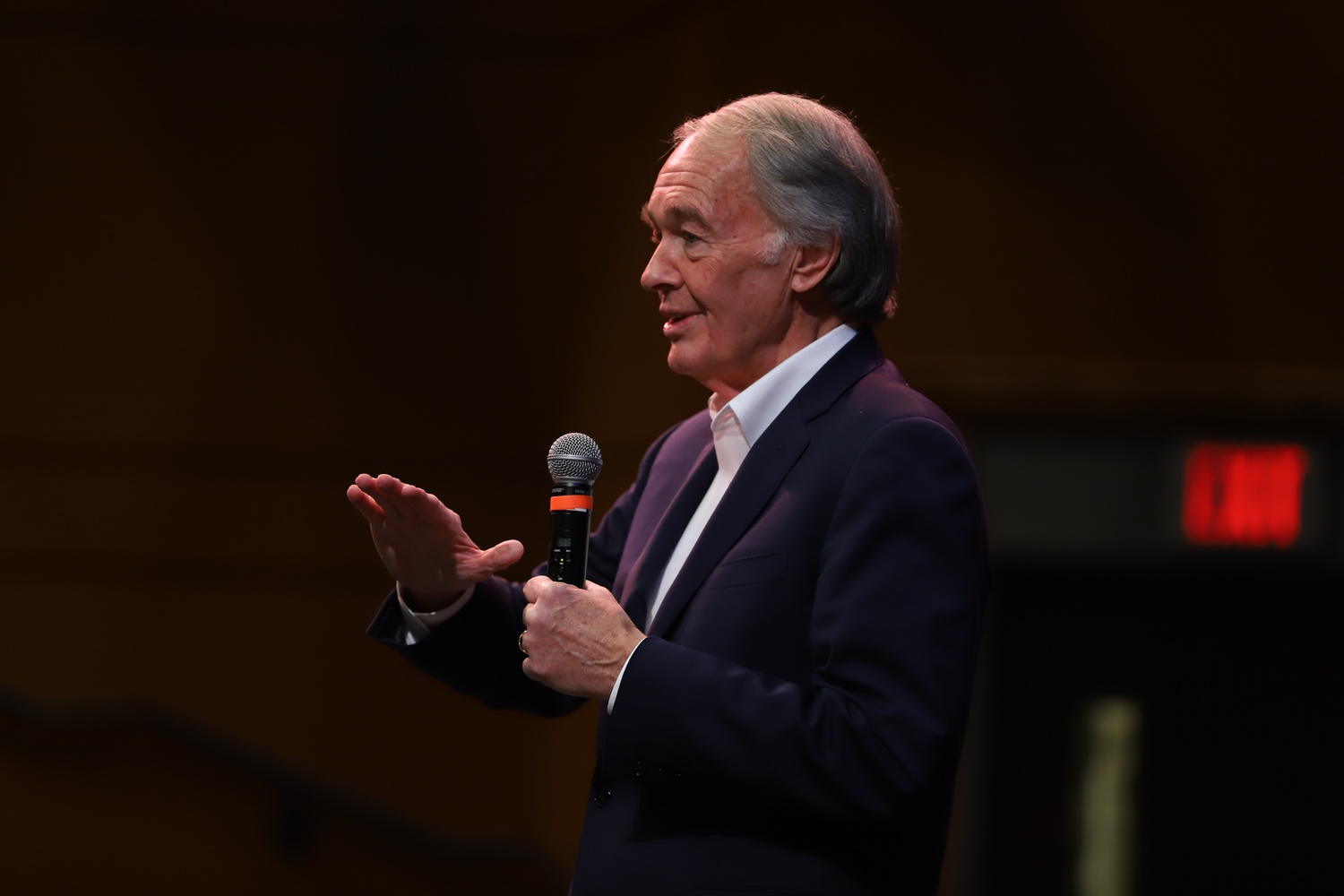 “It was not a hard decision,” state Senator Patricia D. Jehlen said. “He’s been an extremely effective and outstanding leader on things that I care about.”

Markey and Kennedy both made their pitches to Cambridge Democrats at an event on Sunday at the Cambridge Rindge and Latin School.

“I’m honored to have the delegation endorsing me,” Markey said in an interview after the event. “This is obviously at the heart of the progressive movement in Massachusetts and in the whole country, and so to have their voices — to have their support — just is an incredible validation of what I work on and the fights that I fight.”

Kennedy, who has served in the U.S. House of Representatives since 2013, picked up the endorsement of several high-profile members of Congress earlier this month, including Representative John R. Lewis (D-Ga.), a civil rights leader who delivered Harvard’s commencement address in 2018.

Jehlen, who has served in the state Senate since 2005, said Kennedy has not persuaded her to support him over Markey.

“I haven’t heard a compelling argument to change from what I consider very effective, experienced leadership,” she said.

Jehlen also said she doesn’t hear about the Senate primary often from her constituents.

“I don’t hear enough talk about it. I think people are more focused on Washington,” she said. “[Markey is] not somebody that is always in the headlines, so I think people are gradually learning what he’s been doing all these years and I think there’s a lot of support.”

“We should not lose his extremely effective leadership, his experience, his relationships, and his knowledge,” Jehlen said.