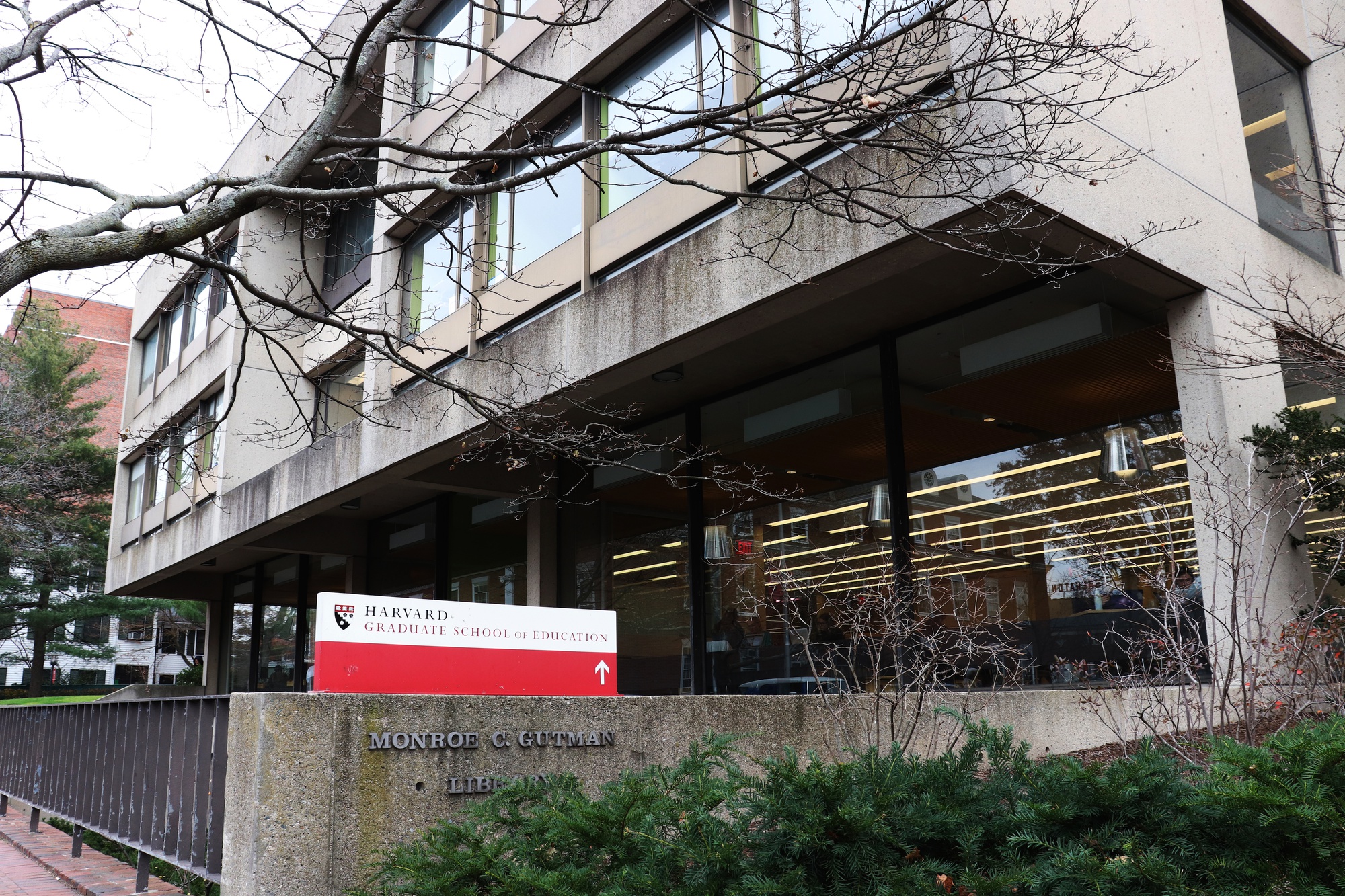 No Ph.D.s from GSE

The Graduate School of Education — and dozens of other Ph.D. programs around the United States, including at most other Ivy League schools — have opted to delay doctoral admissions until next year.
By Alexandra N. Wilson

From his home in Delhi, India, Apoorv Avram is completing his first year as a Ph.D. student at the Harvard Graduate School of Education and feeling grateful that he’s not one year younger. After all, he doesn’t have to grapple with the conundrum that his younger friends in India now face: continue to save money to apply to graduate school, or skip it entirely now that the applicant pool is likely to increase in size next year, which, he fears, might slice the acceptance rate.

This dilemma follows the announcement that the pandemic and associated strains on resources have driven GSE — and dozens of other Ph.D. programs around the United States, including at most other Ivy League schools — to delay doctoral admissions until next year's application cycle. In certain countries such as India, applying to doctoral programs in the U.S. poses a substantial financial risk. In addition to typical application fees, Avram had to go through an expensive process to validate his transcript because he attended a non-western university. In total, he spent $1,725 on his applications, an amount he had saved up over the course of two years. “The reason why I’m telling you all of this is because that amount of money constitutes, if you were to look at the income distribution of India, the top one percent’s three-month salary. So it’s a huge amount of money, relative to the Indian system.”

GSE did not suspend admissions for the whole school, however: Admissions for their master’s in education program will continue on as usual. GSE suspended its Ph.D. admissions due to a combination of two factors: the school’s desire to uphold its commitment to its current students and the disruption of residencies. The closing of thousands of school districts nationwide affected doctoral students’ field work in K-12 schools, an essential component of their education. This is a key difference between GSE and many doctoral programs within the Faculty of Arts and Sciences. “We work very closely with districts, we have residencies in districts, and our research is done inside of schools,” says Bridget Terry Long, dean of the faculty of education. “When the pandemic hit, access to being able to observe classrooms, interview students and teachers, all of a sudden was shut down, which hurt a lot of our Ph.D. students and the research they were doing.” In addition, Ed.L.D students complete residencies in which they act as leaders and administrators within schools, which has been similarly impacted. GSE did not suspend admissions for their master’s in education, Long explains, because although those experiences in school districts are important, field work is not a mandatory aspect of a master’s degree.

Most school districts have not only closed but suffered serious financial hardship and thus cannot fully compensate and support their Ph.D. student residents as they normally would. GSE has put the onus upon itself to make up for these gaps, which, in part, has meant delaying admissions in order to prioritize current students. “Districts are not able to do what they typically would do in support of our students, so we have to take on that responsibility,” Long says. The school has had to be more proactive and innovative in supporting its students, and “that just takes time,” she continues. “It takes a lot of one-on-one coaching, meeting, advising. [It’s] constantly evolving as conditions change in different parts of the country where people are doing their research or doing their residencies.”

GSE has aimed to help students in this regard by making accommodations. The school has provided emergency funding to those who need it and created a post-graduate option that allows GSE graduates to retain their Harvard affiliation for an additional year if they struggle on the job market, says Becca Bassett, a fifth year student in the GSE doctoral program. In addition, GSE has made adjustments for second year students, who must take a written comprehensive exam in which they have to write a series of essays responding to certain prompts in a given time frame. Because of the pandemic, GSE has removed the time element of the exam and added an option to have one’s own advisor grade the exam as opposed to a stranger. It enacted this system in the spring and announced that it will make the same accommodation for students taking the exam this year. “These comprehensive exams are extremely high stakes,” says Eileen McGivney, a fourth year GSE doctoral student. “Those [accomodations] are some positive things that we hope might be lasting.”

While GSE has always devoted many of its resources to the K-12 school system, the demand for its aid has increased due to the financial strain schools are dealing with across the country. One of GSE’s new initiatives is Education Now, a set of webinars about reopening schools and supporting students. The school has also created the Dean’s Education Fellows program, through which Long raised money over the summer to hire 2020 graduates as fellows in 15 school districts nationwide to help support the reopening of some school districts. “In times of uncertainty, it’s really important for organizations to double down on their organizational learning and development capacity to try and prepare for what the future field needs,” says Ebony Bridwell-Mitchell, an associate professor of education. By maximizing their commitment to current students and the national school system, GSE hopes to do exactly that: prepare for what the future field needs

“This kind of disruption is a challenge, but it’s almost always an opportunity to do things better,” Bridwell-Mitchell says. “It’s hard to see the alternative possibilities [for running an organization], including ones that could be beneficial. And it’s hard to agree with them, because you’re used to the way things work. And this kind of disruption pulls the veil back from your eyes, and you can start to see the possibilities for what could be different, because the way things were are no longer that way.”