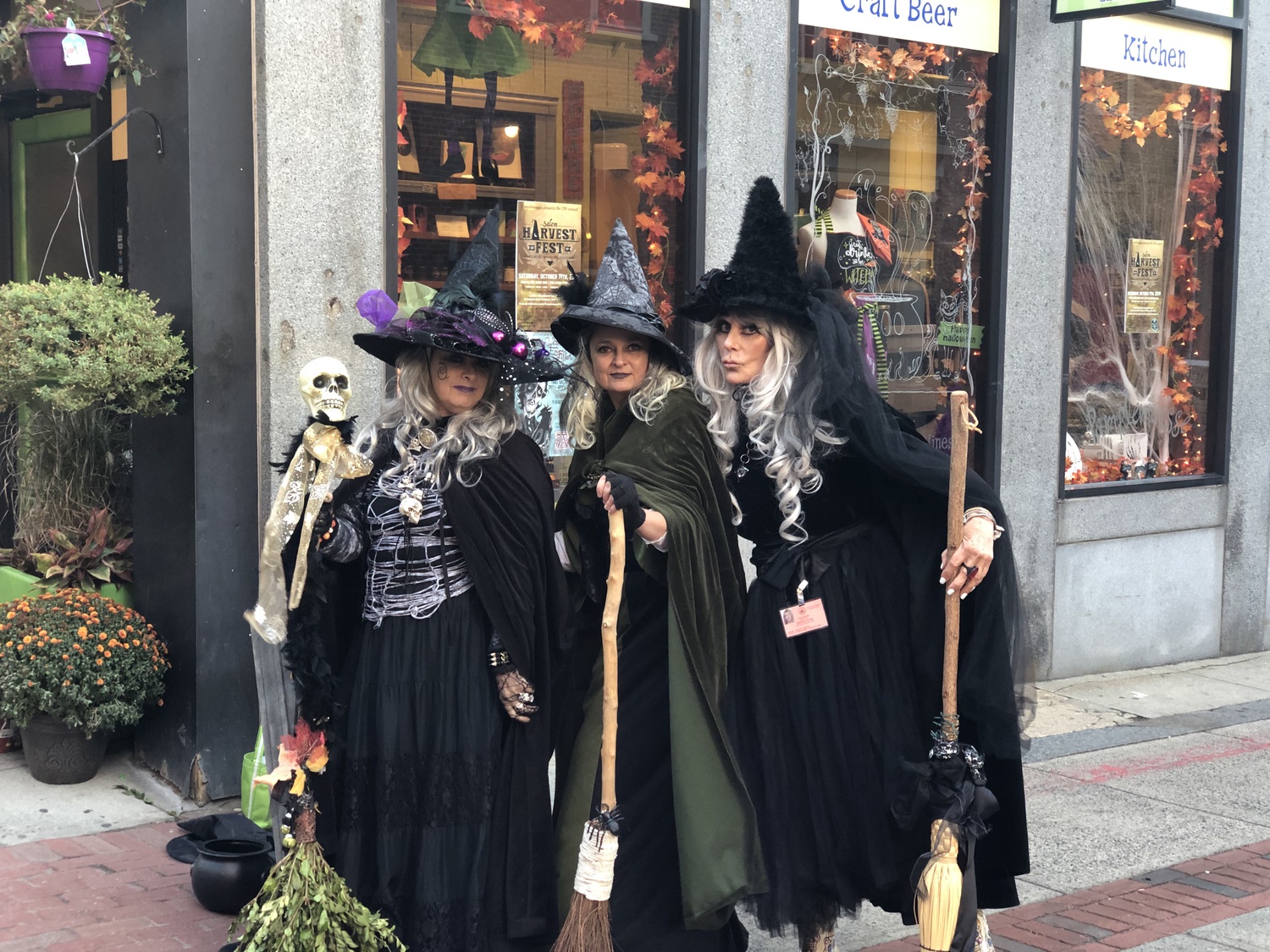 A New Fear for Salem

These days, a crowd isn’t just a crowd: It’s a coronavirus outbreak waiting to happen. This is the fear of Salem residents in 2020, especially those who work in the town’s tourism sector.
By Grace R. O'Sullivan

There is typically an organized chaos that undergirds visiting Salem, Mass. in October, when the town hosts its series of Halloween-themed programming. Parking is expensive, but still available. You push through the crowd, but the crowd moves in a particular direction: toward the haunted houses, the Salem Witch Museum, and all the other spooky sights and attractions. You might find yourself lost among that crowd, separated from the people you came with, but the crowd is just a crowd and you’ll find your way back to your friends. Now a crowd isn’t just a crowd: It’s a coronavirus outbreak waiting to happen.

This is the fear of Salem residents in 2020, especially those who work in the town’s tourism sector. The town has tried to move all of its regular Halloween scheduling online — advising people to postpone their travel plans until next year and expending time and money to create virtual alternatives — in an effort to thwart the spread of COVID-19. But tourists have been coming to partake in the town’s haunting history nonetheless: What Salem is seeing this year isn’t organized chaos — it’s chaos-chaos.

“We’re seeing lines for up to an hour, an hour-and-a-half wait to get into some of the shops,” says Kate L. Fox, the director of Destination Salem, Salem’s main tourist company. “A surprising number of people are coming to Salem in the middle of a pandemic.”

In the last few weeks, Fox recalls, the center of Salem was full of huge crowds. She says that in the town center, “people were shoulder to shoulder and really cramped as they were looking for things to do.” Most planned programming for the Halloween season has moved online, so all there is for tourists to do in the town is shop and eat. This is further complicated when one considers, as Fox notes, that shops and restaurants can only have a limited number of customers inside or seated per table at a time.

“We are going to see new restrictions in the next three weeks, especially around that area of Salem where we’re not gonna be able to allow as many people in,” Fox says.

As scary as the physical streets of Salem have been, full as they are of tourists flaunting social distancing guidelines, this year’s virtual Salem programming has maintained the more jovial terror that has made the town famous. It’s a terror not of viruses, but of witches.

In 1692, amid King William’s War and a smallpox epidemic, tensions in Salem were high. In January of that year, three girls from wealthy and respected families began having fits and, under pressure from the town magistrates, claimed that they were possessed by the devil. They alleged that three women — one a Carribean slave, one a homeless beggar, and one an impoverished old woman — were the ones responsible for their possession, which they had brought about by witchcraft. A ripple of hysteria over witches overwhelmed Salem, sending 19 victims to the gallows and one to be pressed to death by stones.

Since then, Salem’s frightening past has intrigued people from all over the globe. A typical year brings in hundreds of thousands of visitors and generates about 140 million dollars in revenue, Fox says. Usually October is the busiest month and Halloween the biggest night of the year. The town erects stages to feature local DJs and live music; later in the evening, it lights fireworks. This year, since Halloween falls on both a Saturday and a full moon, the town was expecting upwards of 100,000 visitors.

Instead, Salem has made their Haunted Happenings programming virtual, creating a stream of more accessible events. Their program includes a virtual marketplace, parades, contests, and magic shows. Usually a Christmas event, Salem is offering its annual house tours as a part of the virtual Haunted Happenings programming, but this time featuring Salem’s very own witch, Borah.

When you log on to the tour, Borah greets you from within his home and takes you from house to house through his spellbook. The spellbook is really just a series of videos you click through, not unlike skipping throughout a YouTube playlist. A highlight is the House of Seven Gables, a 1668 colonial mansion built for the family of John Turner. The house was made famous by
Nathaniel Hawthorne in his 1851 novel of the same name. Hawthorne was a Salem native and descendent of John Hathorne, the only judge of the Salem Witch Trials to never repent his actions.

Although tourists may not be able to enter the houses in the flesh — it would be impossible, with coronavirus guidelines, to allow 2,000 people to walk through the old mansions — they’re still able to participate in the spookiness. On Halloween night, they can open their laptop from the safety of their bedrooms (or, for Harvard students on campus, their dorms), visit each house by clicking from one video to the next, and once the tour is complete, they can close their laptops, look at their windows, and see the full moon. Salem might not be safe to visit this year, but its spookiness is still remains. You can howl at the full moon from any corner of the globe — or, better yet, you can hop on Zoom with your friends and together you can howl at the glow of your laptop screens.