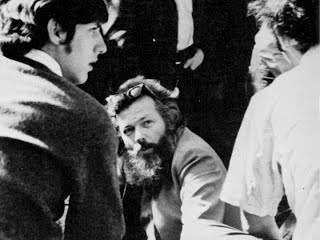 From 1973 to 1990, Humes lived out his final years as a magnetic fixture of Cambridge. By Courtesy of Immy Humes
Advertisement
Advertisement

'Puts a Frame Around the Wreckage'

From 1973 to 1990, Harold L. Humes lived out his final years as a magnetic fixture of Cambridge. Wherever Doc went, people followed. Whenever Doc talked, people listened. He was full of charm and new ideas, with every cop and every student drawn to keep an eye on what he did next.
By Francesca J. Barr

Immy V. Humes ’80 is late for class. From her room in the Co-op on Sacramento St., she rushes through Cambridge Common to make it down to the Square. Up ahead in the grass, a crowd surrounds a ragged looking fellow. It’s a familiar sight around Harvard in the seventies. Immy does all she can not to be recognized.

The center of attention was Harvard Square’s resident “peripatetic scholar,” Harold L. Humes ’54 — but you can call him Doc. Class was in session in the Common that morning when Immy spotted her father. Doc was hosting one of his lectures as a self-appointed visiting professor to the University, and today’s agenda was taking in the “lenticular clouds.”

From 1973 to 1990, Humes lived out his final years as a magnetic fixture of Cambridge. Wherever Doc went, people followed. Whenever Doc talked, people listened. He was full of charm and new ideas, with every cop and every student drawn to keep an eye on what he did next.

These followers, “Docolytes” as they called themselves, came in the second iteration of Humes’s adventure of a life. Before the 1970s, Doc was a two-time critically-acclaimed novelist, founder of The Paris Review, aspiring filmmaker, campaign manager, and graduate from the Harvard Extension School with a (now discontinued) Adjunct of Arts degree. He moved from New York to Paris to Rome, finding a calling in marijuana advocacy, massage therapy, and inventing a house made of paper.

This life, as a 1977 Crimson profile put it, was one also plagued by manic episodes, paranoia, and strained relationships with those closest to him. Following a 1965 LSD mega-overdose with psychologist and psychedelic drug advocate Timothy Leary, Doc was left debilitated. He began hearing voices and thinking he was being followed. Eventually, his paranoia necessitated that he receive treatment from a mental hospital in London while his family moved to the United States.

Immy Humes is one of Doc’s six children. She not only bore witness to her father’s “classroom” at Harvard, but is the creator of “Doc,” a 2008 portrait film that revisits Humes’ history to make sense of the legacy he left.

Four years after his hospital admission in London, Immy heard her mother whispering on the phone about an article on her father in The New York Times. Finding her mother had cut the piece out of the family’s copy of the paper, the four Humes girls ran down to a newsstand on Broadway to read the story, which told of Doc’s reincarnation as a Columbia University “hipster visionary neo-prophet.” This tag — coined by then student, now novelist Paul Auster — reflected Doc’s new habit of taking unofficial residence at colleges. At Columbia, he handed out $50 bills to anyone who happened to pass by.

From New York, he moved on to Princeton and then Bennington College, eventually settling back in at Harvard, his alma mater, where his daughters Immy and Alison enrolled in the seventies. Some combination of his formidable paranoia and vibrant intellect had undergraduates clinging to his every word. Doc taught about the ways that protests, art, massage, and marijuana can preserve freedom in the fight against the institutions that rule society. At night he bounced around, living in Harvard dorms, at hotels, or with different constellations of University students in Cambridge apartments. When he wasn’t attracting followers with his lectures — “raps” as they were known — you could often find Doc playing chess in the Square.

But this peripatetic lifestyle got Doc in trouble at times. In the spring of 1975, he was living on a couch in a Straus Hall suite. His daughter Alison recalls that as finals came and went that year, the students left. Doc, however, did not, and the University administration kicked him out.

“Puts a frame around the wreckage” were the words that Harold Humes jotted down in London in the late sixties as he moved through mental health treatment centers. He was trying to write a third book, an autobiographical science fiction story of sorts about an author going mad. The novel would never be finished.

At the end of his life Doc reconnected with the family he had neglected for so long. Devin, his youngest son, summed it up at Doc’s funeral in 1992, Immy recalls from the service: “He’s no ordinary asshole.”