It’s no secret that elections make us anxious. But how does that anxiety affect our health? FM asks Professor David R. Williams, who gathered data and investigated the tangible effects of election-related stress in 2016. His research found that, following the election, participants faced significantly higher risk for heart attacks and strokes.
By Melanie M. Armella and Akila V. Muthukumar

If these last few days have demonstrated anything, it’s this: Elections are stressful. But just how stressful are they really? And how does this stress affect our health? In the months leading up to the 2016 election, David R. Williams — a professor at the Harvard School of Public Health — worked with colleagues from across the nation to gather data and investigate the tangible effects of election-related stress. Their research found that participants faced 60 percent increased risk of hospitalization for heart attacks or strokes in the two days following the 2016 presidential election. FM spoke to Williams about his past research and his hypotheses for how health and stress might intersect in the wake of the 2020 election. This interview has been edited for clarity and concision.

FM: What made you interested in studying the connections between sociopolitical events and healthcare?

DRW: I’ve been known for trying to capture and measure types of stressful life experiences that cause challenges for individuals but often are not included in the standard measures of stress. There’s a scale I developed called the Everyday Discrimination Scale that is now the most widely used measure to capture racial discrimination in health studies globally, and it reflects my commited interest in trying to capture the stress of racial discrimination, which at the time I developed it in the nineties, was not something that was routinely collected. Similarly, it was clear from the research done by the American Psychological Association that Americans were stressed by the election, but there wasn’t much effort to understand what the health consequences were. 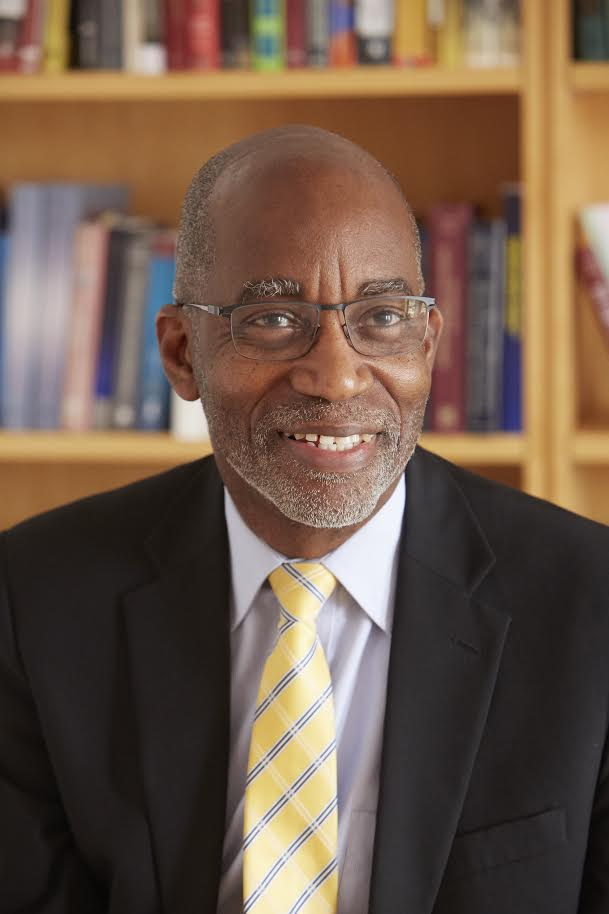 David R. Williams is a professor at the Harvard School of Public Health. By Courtesy of David Williams

FM: How do you think things have changed between the 2016 election and now? Do you expect something similar could be happening right now in the aftermath of last week’s presidential election?

DRW: We really don’t know the answer. However, the American Psychological Association does these national surveys of the stress levels of the American population [during election cycles], and they did one back in 2016 where they found that 52 percent of Americans said that they were stressed by the election. They did one more recently just before this current election and they found that 68 percent of Americans in 2020 said they were stressed by the presidential election.

I think this election cycle’s long wait of 96 hours before the results and considerable debate can lead to stress for some adults in the U.S. In our [2016] analysis, we assumed that Donald Trump’s win came quickly that night. That could have been an acute stressful event, so you would see things like a heart attack or stroke. That’s why we explicitly looked at what happened in the two days after the election, compared to the two days before. The stress linked to the election this time is less of an acute stress and is more of a chronic ongoing stress. There may be health consequences, but maybe now they’ll be depression, anxiety, and difficulty sleeping. That’s all a hypothesis though.

FM: How has this election cycle affected you personally?

DRW: I worry about the disregard for science and getting the facts right. It’s a little distressing to see us not taking science more seriously and utilizing all of the information we have to save lives.

FM: If you had to give people recommendations about handling their stress, especially during an election, what is something that you might share?

DRW: I don’t think that many healthcare providers who have patients with underlying risk factors for heart disease and stroke think that a very competitive election cycle is a time where they can give their patients advice and go the extra mile to discuss how their patients are feeling. I think for the average person there is also a take-home message here of taking good care of ourselves, even as you struggle with the larger political issues.

FM: How has your academic work and research affected your own perceptions and the way you move through the world now?

DRW: The similarity across contexts is one thing I find really really striking. I think there’s a reciprocal effect. Some of the questions that I asked are driven by my own interest. Questions of social inequality are central to my work, and the more deeply I delve into social inequality, the more I find there is out there to understand. Probably the biggest thing that has changed from when I started my career looking at social inequality is how income, education, occupational status, place, race, and ethnicity, racism, and discrimination affected health. I was very very focused on the patterns that were evident in the United States. I am much more globally focused now.