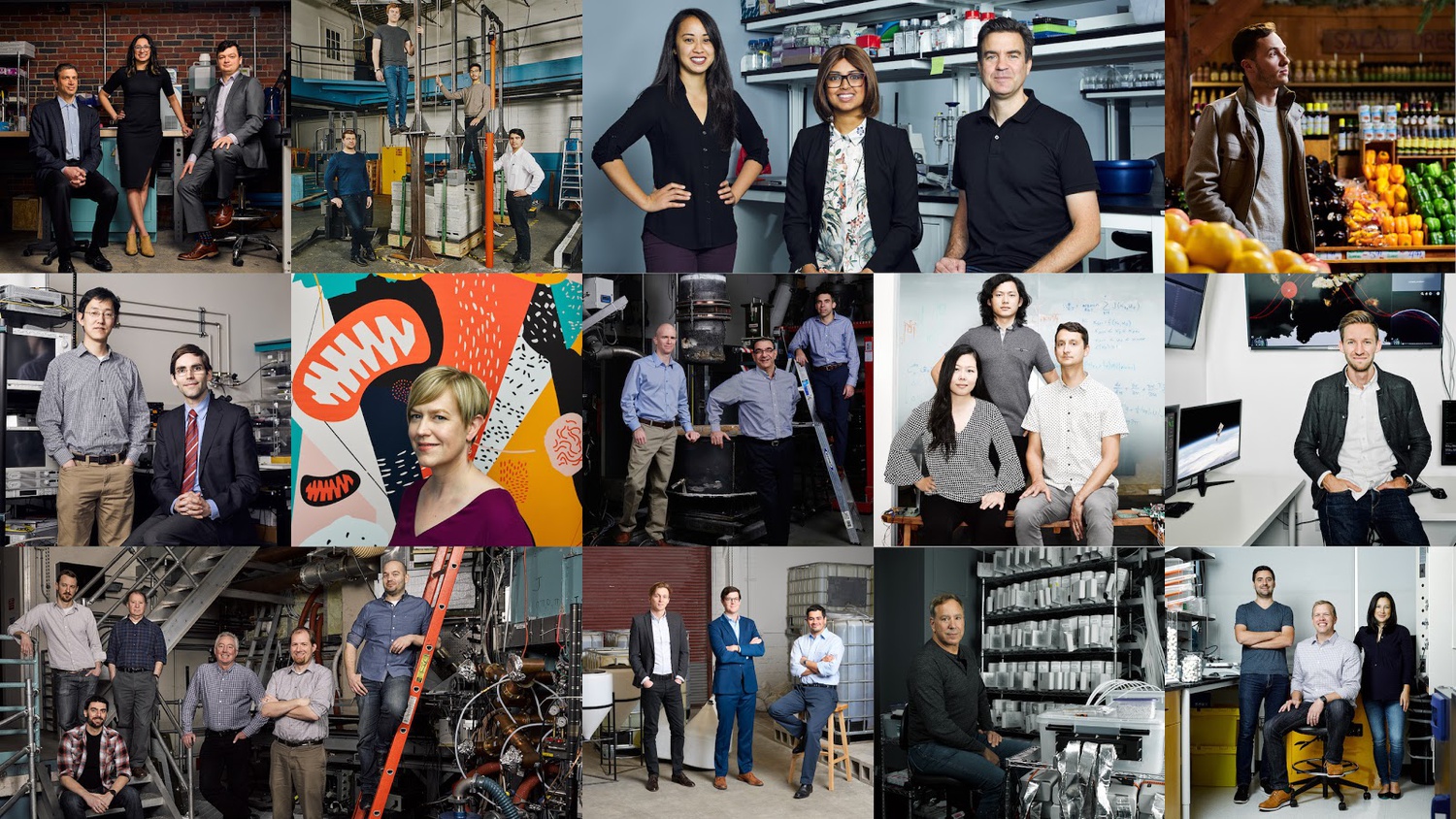 The Tough Tech Road Ahead

They are biologists and chemists, doctors and architects, physicists and engineers — and they are founders, too. In a society where speed is of the essence, their startups are tackling large, urgent problems that quick fixes can’t solve.
By Alan J. Tu

They are biologists and chemists, doctors and architects, physicists and engineers — and they are founders, too. In a society where speed is of the essence, their startups are tackling large, urgent problems that quick fixes can’t solve.

MIT-led venture firm The Engine was conceived in 2016 as a response to a troubling trend in the scientific landscape: Technologies with enormous long-term potential were being ignored in favor of those that could reach the market on a shorter timeline. In the past five years The Engine has raised $435 million in two funding rounds, the most recent of which concluded last month. MIT, the lead investor, contributed $35 million; Harvard, joining for the first time, chipped in $25 million. The money has offered much-welcomed support to select companies involved in “Tough Tech,” a term The Engine CEO and Managing Partner Katie W. Rae describes in an email as “scientific or engineering breakthroughs that have potential for big impact and [to] solve large problems in the world — often based on years of research in academia, though not required, and often have some element of physicality to them.”

“[They’re] the reason I’m so excited to go to work every morning,” Rae says of the 27 companies that currently make up The Engine’s portfolio. She divides them into three general categories: “climate change, human health, and advanced computing.” Each company receives around one to five million dollars in seed funding, and perhaps more importantly, enters into a partnership with The Engine.

The Engine sports a dedicated team of advisors, most with sector-specific expertise, to help its startups with critical early-stage decisions. The venture also owns a building on Mass. Ave where companies can perform their cutting-edge research — a key ingredient in the Tough Tech recipe, as Rae notes, since the industry “often require[s] a lot of resource intensive laboratory equipment and space.” The current setup allows companies to “scale rapidly” without needing to worry about physical limitations. Still, The Engine has plans for a new 200,000-square-foot building able to accommodate 100 companies; it’s expected to be fully operational in 2022.

Despite being a firm that Rae says is looking to “radically transform entire industries,” The Engine stays in touch with its Cambridge roots. A majority of its portfolio companies were founded at MIT or Harvard, a fact that, according to Rae, has been instrumental to their success: “Many of the Tough Tech companies we back have academic founders or employees that still have ties to the labs, so proximity to that world is really key as they get going,” she says. In addition, The Engine team is involved with campus events at both universities, having sent guest speakers to the Harvard MBA program and the Harvard Energy & Environmental Club.

Powered by The Engine, a number of portfolio companies have made considerable progress toward their goals, and a closer look at them reveals a set of unique solutions.

Humans produce many different kinds of waste, but Nour B. Sharara, a Biobot Analytics business development team member, is talking about the kind that gets flushed down the toilet. She calls Biobot a “wastewater analytics company” whose goal is to detect and analyze biological indicators of human health in sewage. “Human waste is gold,” she says, before describing how substances can take different pathways through the body: “For opioids, it’s excreted in urine. For SARS-CoV-2, the virus that gives COVID-19, it’s excreted in stool.” 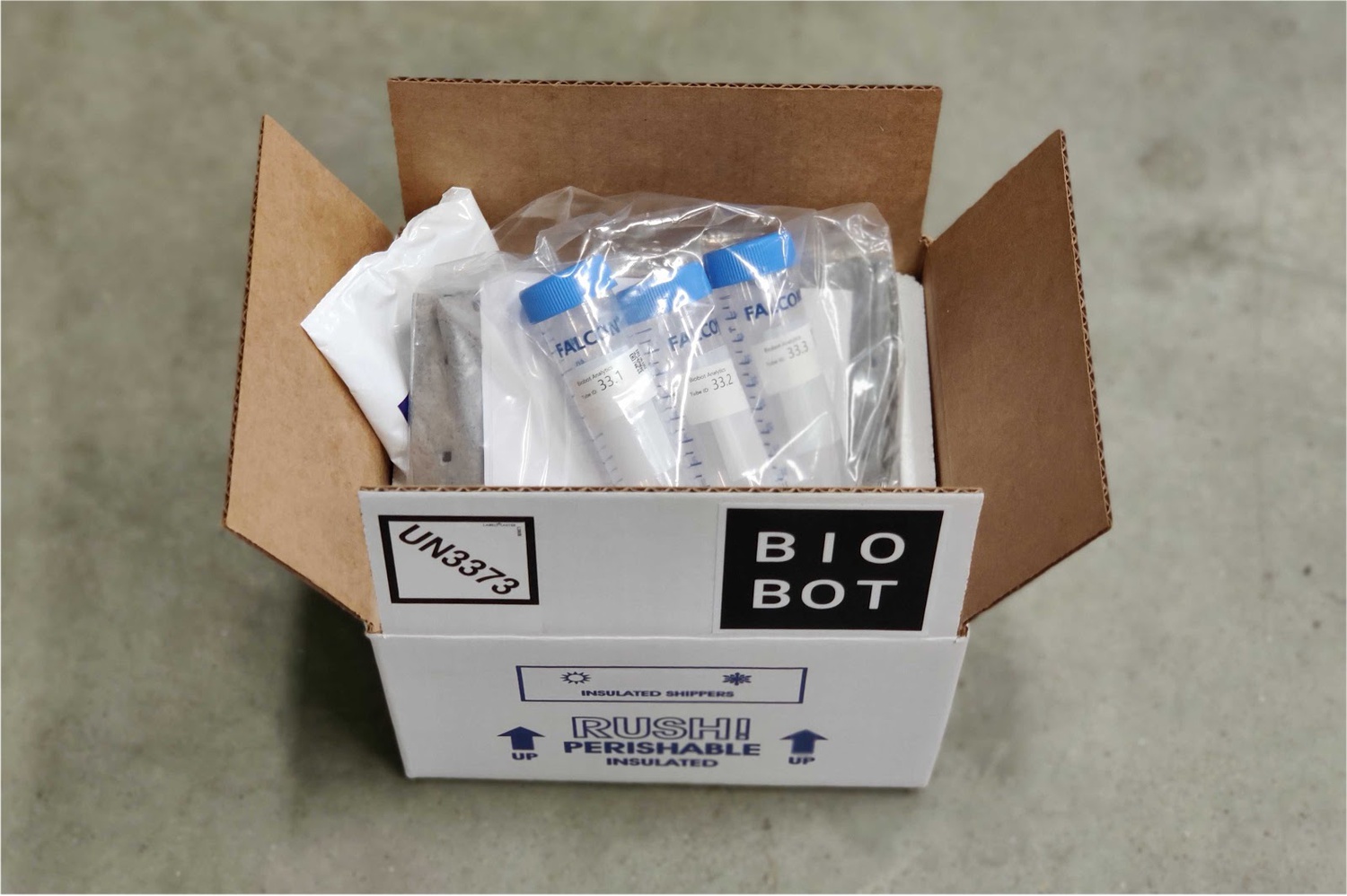 A Biobot wastewater testing kit. By Courtesy of Biobot
Advertisement

Biobot has, over the last few years, blossomed into an essential resource for communities grappling with public health crises. Sharara says the team’s early research was related to opioids, which meant visiting dozens of local manholes to collect water samples. Now, their main focus is COVID-19, and the company receives its samples from wastewater treatment plants across the country. As of late May, Biobot had mapped COVID-19 trends in 43 states and provinces, accounting for 13 percent of the U.S. population.

While Biobot’s testing cannot specify which individuals are infected with the coronavirus, it can provide early information to help cities plan their defense. “We have limited resources that we need to deploy smartly,” Sharara says — one of the most important resources being individual access to testing. She explains that SARS-CoV-2 is a “leading indicator,” meaning that cases will spike approximately a week after an uptick is detected in wastewater. This early warning gives city officials ample time to alert hospitals and introduce safety measures.

Since the start of the pandemic, Biobot’s team has approximately tripled in size, and demand for its services has grown even faster. Sharara says that The Engine’s support has been crucial in this transformative time, allowing Biobot to quickly pivot its focus to COVID-19 research and scale its operations; additionally, the industry expertise at The Engine has helped Biobot work more seamlessly with local governments. Biobot scientists no longer map out all the sewage drains in a city, but they still enjoy celebrating #ManholeMonday on social media.

Mori, another company in The Engine’s portfolio, deals with a different kind of human waste. The startup has developed a way to increase the shelf life of perishable foods, thus reducing the amount of food we throw out. Its technology takes the form of a coating made from fibroin, a protein found in silk — the scientific name of the silkworm is Bombyx mori. 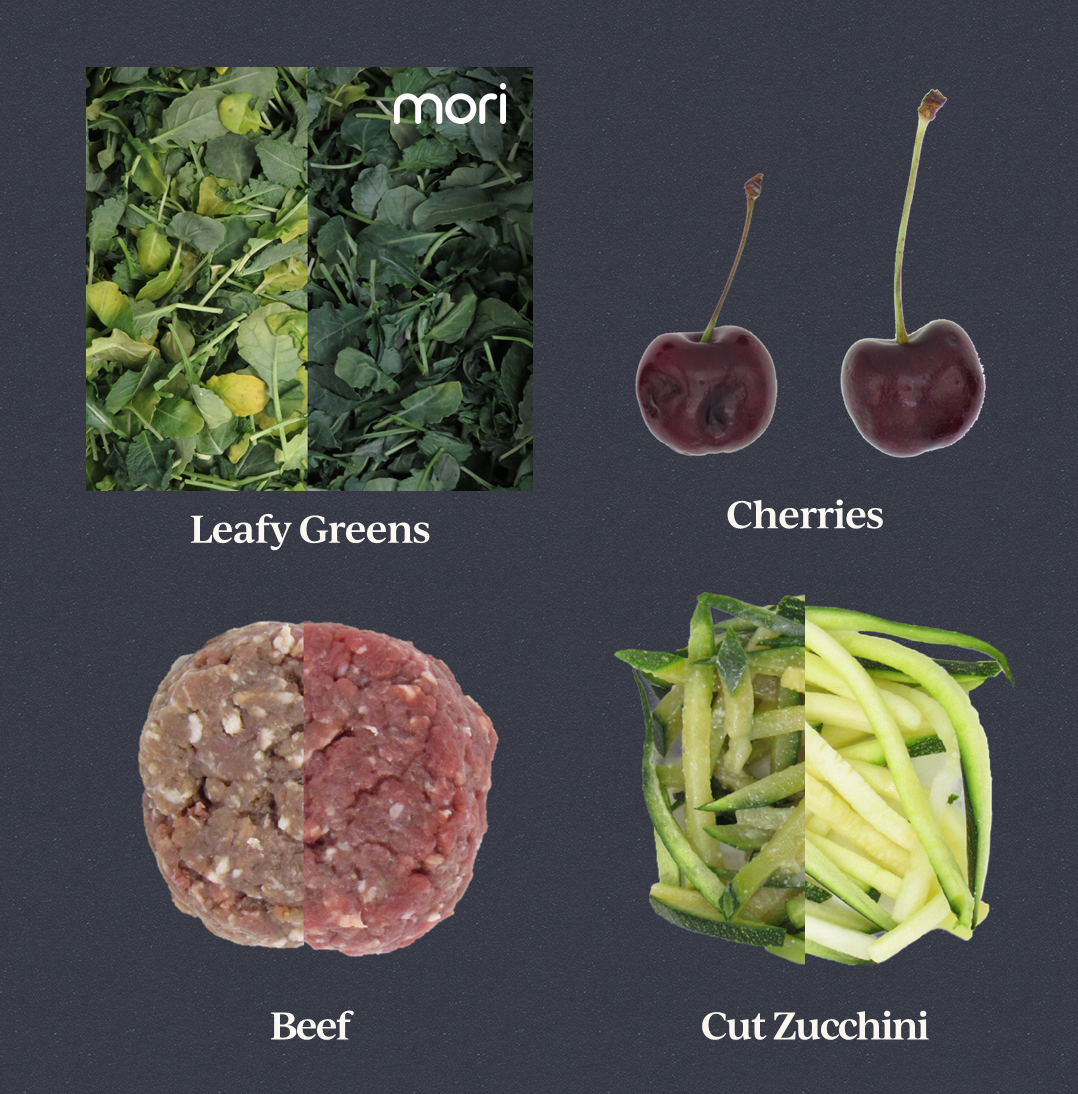 By Courtesy of Mori

Vice President of Business Development Christina M. Belsito says that the protein has been used for years in the medical, cosmetic, and pharmaceutical industries, but Mori’s application of it to the food industry is something new. The product takes the form of a soluble powder which, when dissolved in water, can be used to bathe or spray food products, creating an invisible, protective layer that is around 10 microns thick. This layer, Belsito says, counters the “three major reasons that food goes bad” — gas exchange, dehydration, and bacterial growth. What differentiates Mori’s product from other food preservation technologies is its versatility: It has successfully been used to treat whole and cut produce, meat and seafood, and many packaged foods.

There is luxury-grade silk, and there are lower grades of silk. By using the latter — after all, only the protein matters, not the fiber quality — Mori is able to achieve “very low cost raw material inputs,” according to Belsito, making its product “a cost effective tool for our customers.” At the moment, the startup is piloting its product with processing and food packing companies across the country; a commercial rollout is expected in 2021. Mori has weathered the pandemic well, not only because the startup is still in its pre-commercial phase, but also because the pandemic has made its “value proposition stand out all the more.” Belsito describes how some food suppliers did not even harvest their crop this year due to a sharp decrease in demand from restaurants — Mori’s product might have prevented the crops from going to waste.

Spun out of a Harvard chemistry lab, Zapata Computing is a leader in quantum computing software. Co-founder and IP Coordinator Jonny P. Olson calls the startup a “quantum software company, in contrast to a quantum hardware company, meaning we don’t build any quantum computers.” Instead, Zapata is trying to program them: a “very non-trivial” task, as Olson puts it, in large part because current quantum computers boast a myriad of architectures and each runs on firm-specific software. This makes the quantum scientist’s job difficult, and it’s where the Zapata team saw an opportunity to break through. 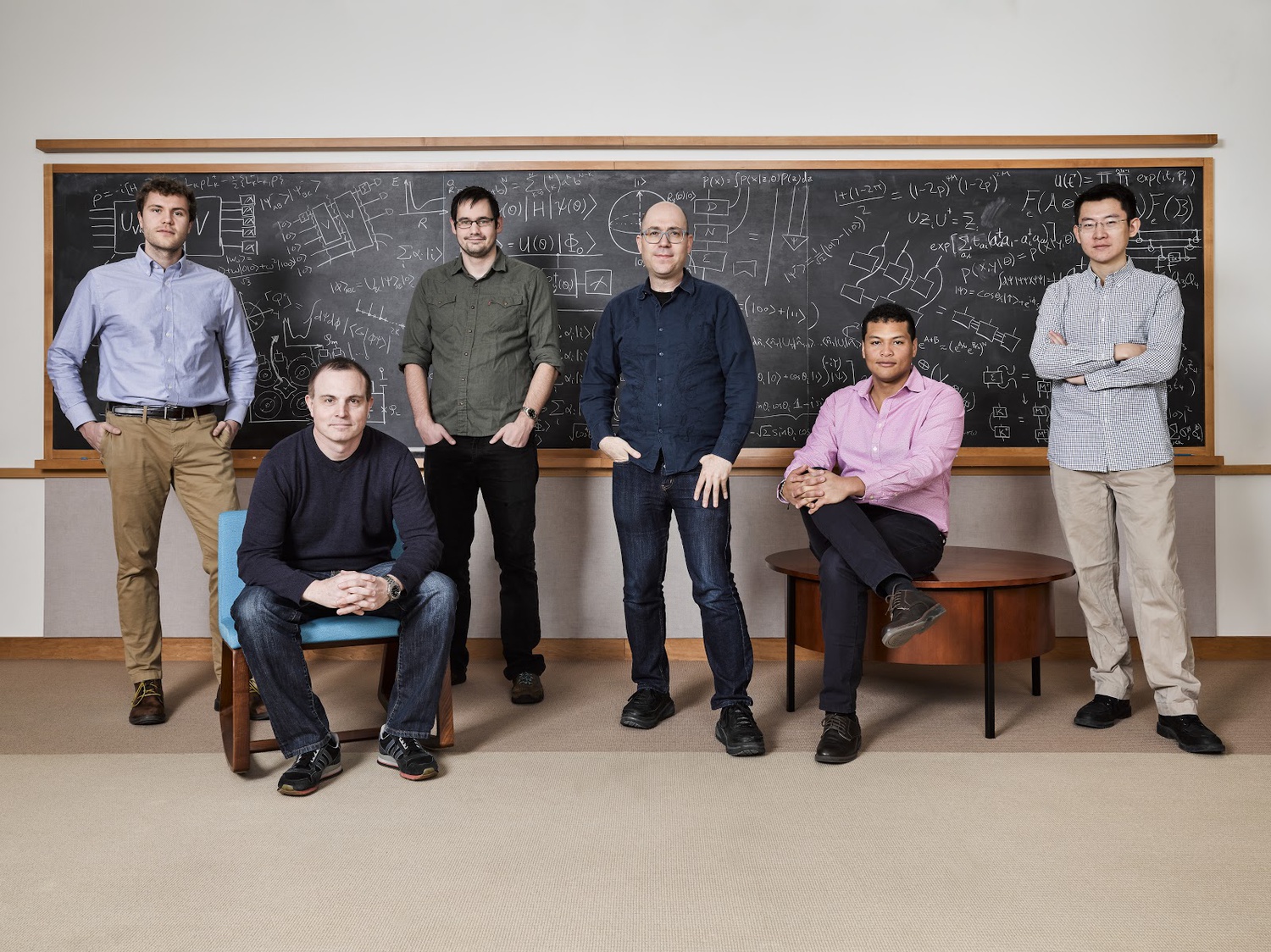 As opposed to any normal (classical) computer, in which bits can be either zero or one, a quantum computer works via superposition, meaning that a quantum bit (a.k.a. “qubit”) can take on any value between zero and one. Olson offers a compass analogy: “You can go north, or you can go west...but you can also go northwest; you can go in a direction that is both zero and one at the same time.” Confusing, perhaps, but powerful. For instance, the equations of chemical reactions are far too complex for a classical computer to simulate completely. On a quantum computer, however, Olson says “you can encode the chemistry into the qubits themselves,” leading to massive improvements in speed and accuracy. Other applications come in the field of optimization problems, whether that means determining the most cost-effective postal delivery route or designing a high-performance airplane wing.

Although quantum computers are still years away from becoming a scientific mainstay, Zapata’s first product — a software called Orquestra — will help ensure the transition is a smooth one. Orquestra takes care of the enormous “learning overhead” that comes with using quantum technology; it provides workflows for project organization, as well as pre-prepared machine learning algorithms.

As for the future, Olson observes that progress in quantum computing has been faster than anyone expected. “My advisor during my Ph.D. [was] telling me there’s a 50 percent chance we’ll have 50 qubits in 50 years,” he says. “And suddenly, here we are, companies [are] building a chip and testing a chip that is 50 qubits already — it hasn’t even been five years.”

The Energy of Tomorrow

When two atoms combine to form one, they release a tremendous amount of energy; this process, known as nuclear fusion, requires temperatures and pressures similar to those found in the sun. Commonwealth Fusion Systems is building a machine called a tokamak to replicate these conditions on Earth, and then to harness the resulting energy from fusion. As CFS CEO Bob T. Mumgaard describes in an email, “The world needs a fundamentally new source of clean energy that will power people to better lives and combat climate change on a timeline that makes a difference.” 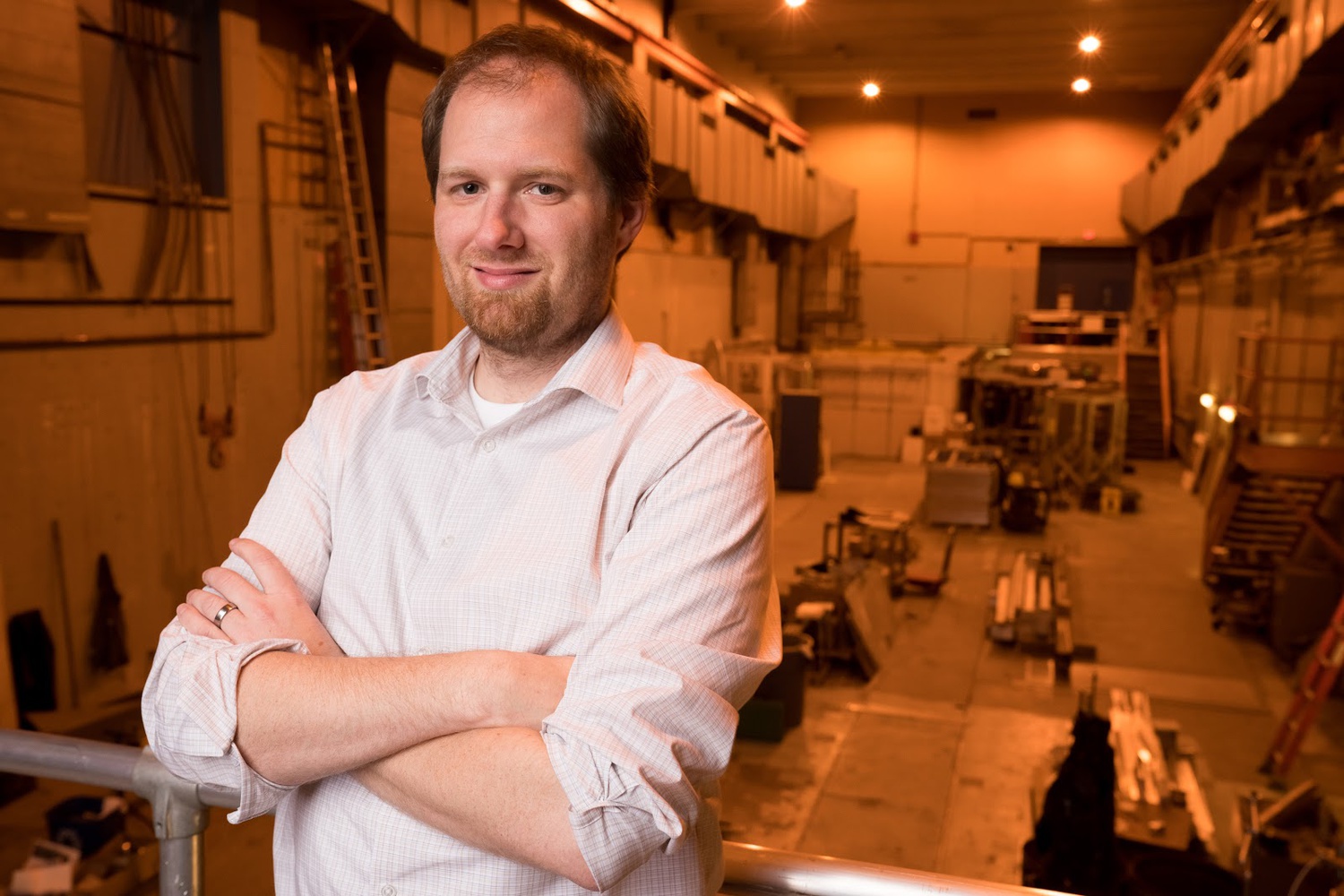 No fusion reactor has ever before produced more energy than it began with, which means that SPARC, the CFS tokamak currently in the works, is set to be the first reactor to achieve “net energy.” According to Mumgaard, SPARC uses magnets made from “high temperature superconductors” to “confine a plasma in which fusion occurs.” This groundbreaking design “allow[s] for significantly stronger magnetic fields and, as a result, a smaller device that can be built much faster and less expensive than the traditional approach.” Construction on SPARC begins next spring and is expected to finish in 2025; Mumgaard says the final product “will fit on half a tennis court.” A series of seven papers published earlier this year proved the efficacy of CFS’s blueprint and are the first of their kind to originate from a private fusion company.

Though it will be a few years before SPARC is up and running, Mumgaard is already looking beyond that milestone. “We envision a world where fusion power plants are an option across the globe,” he says.