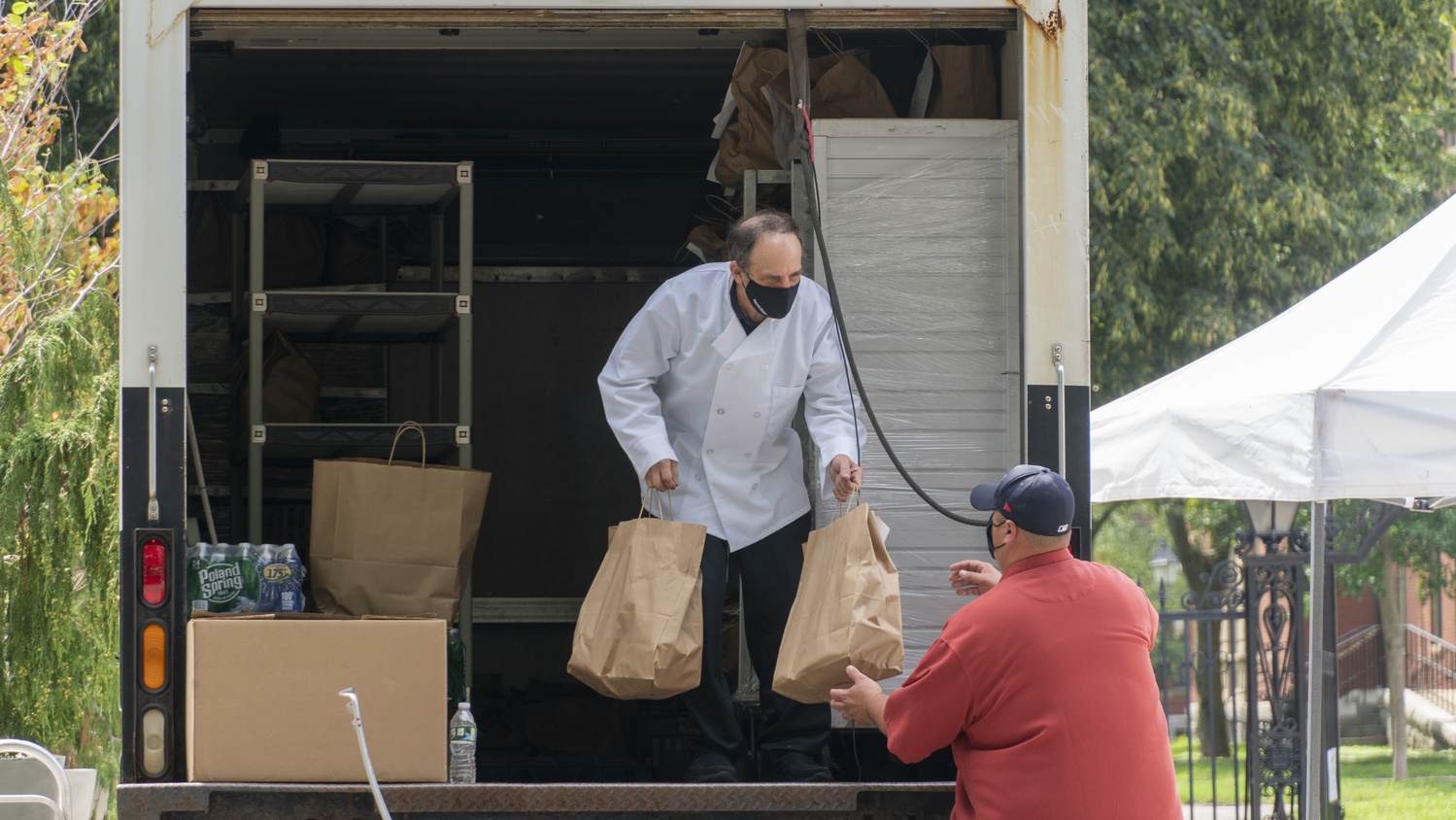 Many essential employees at Harvard have continued to work during the pandemic. By Zadoc I. N. Gee
By Cara J. Chang and Meimei Xu, Crimson Staff Writers

After Harvard sent students home in March due to the coronavirus pandemic, it extended guaranteed pay and benefits for directly-employed and contracted workers who were not able to work due to the pandemic for thirty days. Following pressure from activists, the University extended the policy several times, eventually through January 2021. Still, workers raised concerns over pay and job security and loopholes in the policy.

Citing financial uncertainty, the University announced a salary and hiring freeze in April and the Faculty of Arts and Sciences furloughed some workers in June.

As Harvard began a phased reopening in the fall, some employees returning to work reported conflicting streams of information, limited testing and personal protective equipment, and unsympathetic managers. Contracted workers also raised concerns about unequal access to testing compared to directly-employed workers. Rumors of spring layoffs and furloughs triggered protests and petitions calling on the University to guarantee pay and job security for contracted staff as the fall term came to a close.

In November, again citing financial limitations, the University announced that directly-employed staff idled due to the pandemic will only receive 70 percent of pay beginning Jan. 15, 2021, while most idled contracted workers will stop receiving pay. The University will also permanently close four Harvard University Dining Services facilities in January, laying off 17 employees.

During the pandemic, the University simultaneously negotiated contracts with five unions, working to renew four contracts that expired in 2020 and write a first contract with its graduate student union. Covid-19 heightened unions’ focus on job security, workplace safety, wages, and paid leave.

After 19 months of negotiations and a historic strike last December, Harvard Graduate Students Union-United Automobile Workers secured compensation and healthcare benefit increases in a temporary year-long contract, but HGSU-UAW and the University did not reach an agreement over discrimination and harassment grievance procedures.