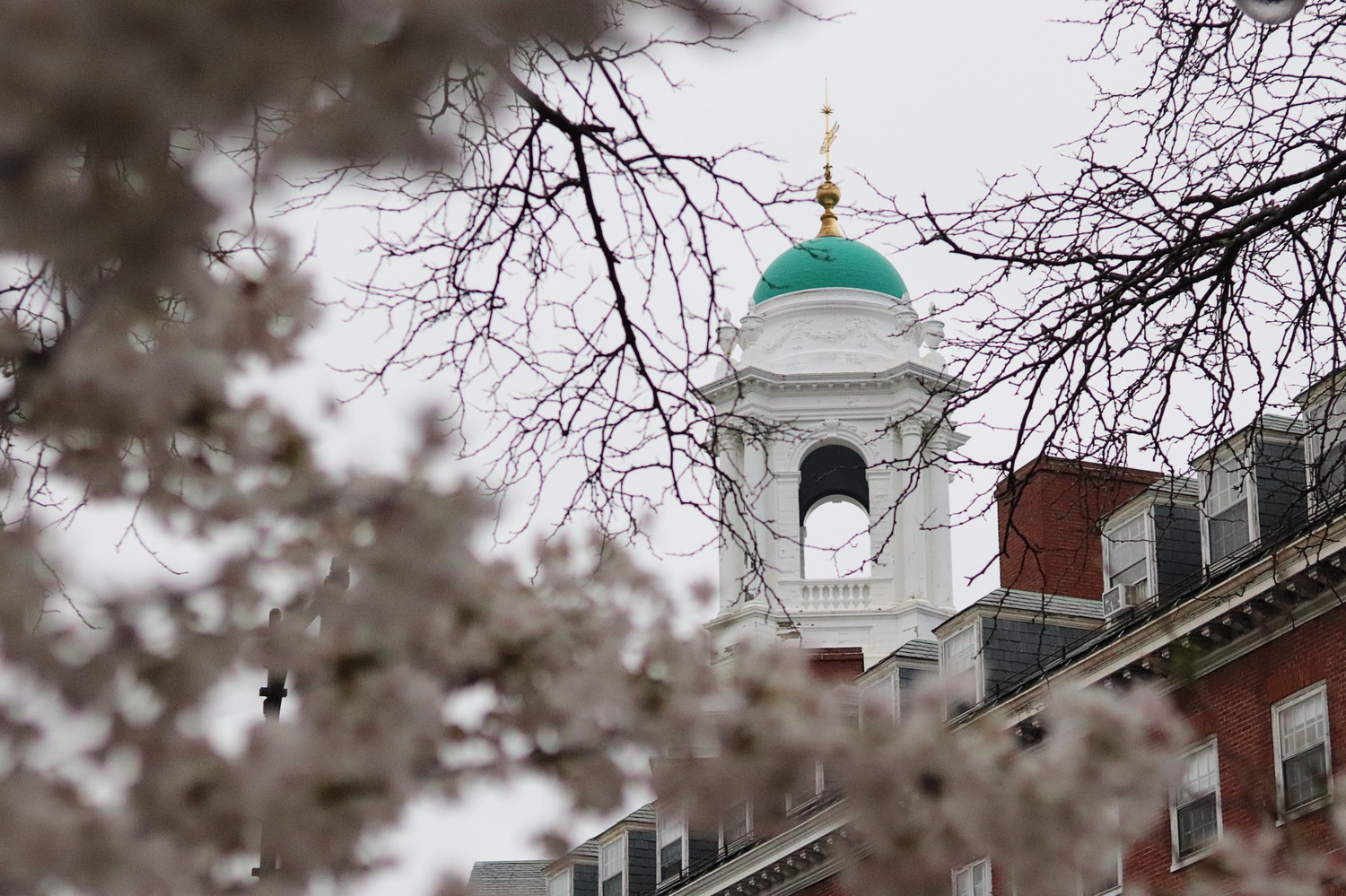 Eliot House Faculty Deans Douglas A. Melton and Gail A. O'Keefe will step down at the end of the spring semester after a decade of helming the House, they announced in an email to House affiliates last week. By Kathryn S. Kuhar
By Juliet E. Isselbacher and Amanda Y. Su, Crimson Staff Writers

Eliot House Faculty Deans Douglas A. Melton and Gail A. O’Keefe will step down at the end of the spring semester after a decade of helming the House, they announced in an email to House affiliates last week.

Melton and O’Keefe’s departure comes amid a year of turnover for House leadership in the coming academic year that well surpasses recent levels. With their announcement, the College must now search for five pairs of faculty deans, filling positions at Eliot House, Cabot House, Kirkland House, Quincy House, and Winthrop House.

Since 1998, only the years 2013 and 2017 have witnessed more than one change in House leadership, both welcoming just two new pairs of faculty deans.

A pair of faculty deans leads each of Harvard’s 12 upperclassman residential houses. Deans are charged with overseeing residential deans, House staff, and tutors, as well as facilitating House-wide events and advising affiliated students.

Melton and O’Keefe also wrote that they have appreciated Eliot’s “extraordinary community spirit” during their decade at the House.

“Just as you all eventually graduate and go on to new adventures, so must we, but that doesn't diminish our heartfelt connection to you,” they wrote. “We feel confident that we are leaving the Domus stronger than ever, with our fabulous Resident Dean Andi Wright and the peerless Eliot tutors.”

Dean of the College Rakesh Khurana praised Melton and O’Keefe’s “unwavering” commitment to their students and staff during their decade-long tenure in an email to Eliot residents last week.

“I am forever grateful to them for all that they have done to enrich the lives of countless students throughout the years, and to fostering such a strong sense of community at Eliot House and beyond,” Khurana wrote.

Last month, Quincy House Faculty Dean Lee Gehrke announced he would step down from his role at the end of the academic year after the loss of his wife and co-faculty dean Deborah J. Gehrke, who died from breast cancer in December.

Cabot Faculty Deans Rakesh Khurana and Stephanie R. Khurana announced their departure in November. They came to Cabot in 2010 and stayed through Rakesh Khurana’s appointment as Dean of the College in 2014.

After leading Kirkland for 20 years, Verena A. Conley and Thomas C. Conley also announced they would step down in November.

In recent weeks, Winthrop students have lobbied for the College to keep current interim faculty deans Mark D. Gearan ’78 and Mary Herlihy-Gearan in their roles, who have led the House since August. Despite those calls, the College has repeatedly noted that Gearan and Herlihy-Gearan were only appointed for a single year.

The Dean of Students’ Office is currently soliciting nominations from House affiliates and freshmen alike to fill the five vacated faculty dean posts.

“Although you haven’t yet experienced House life, Faculty Deans have an enormous impact on students' experiences,” Senior Assistant Dean of Residential Life and First-Year Students Nekesa C. Straker wrote to freshmen in a Wednesday email soliciting nominations. “They live in residence at each House, engage and advise students, oversee House staff, and help set the tone and culture for the House community.”

After drawing up a shortlist of candidates, the College will then form search committees, host meetings where students and tutors can share input regarding possible candidates, and consult University administrators before making a final selection in each of the five Houses.