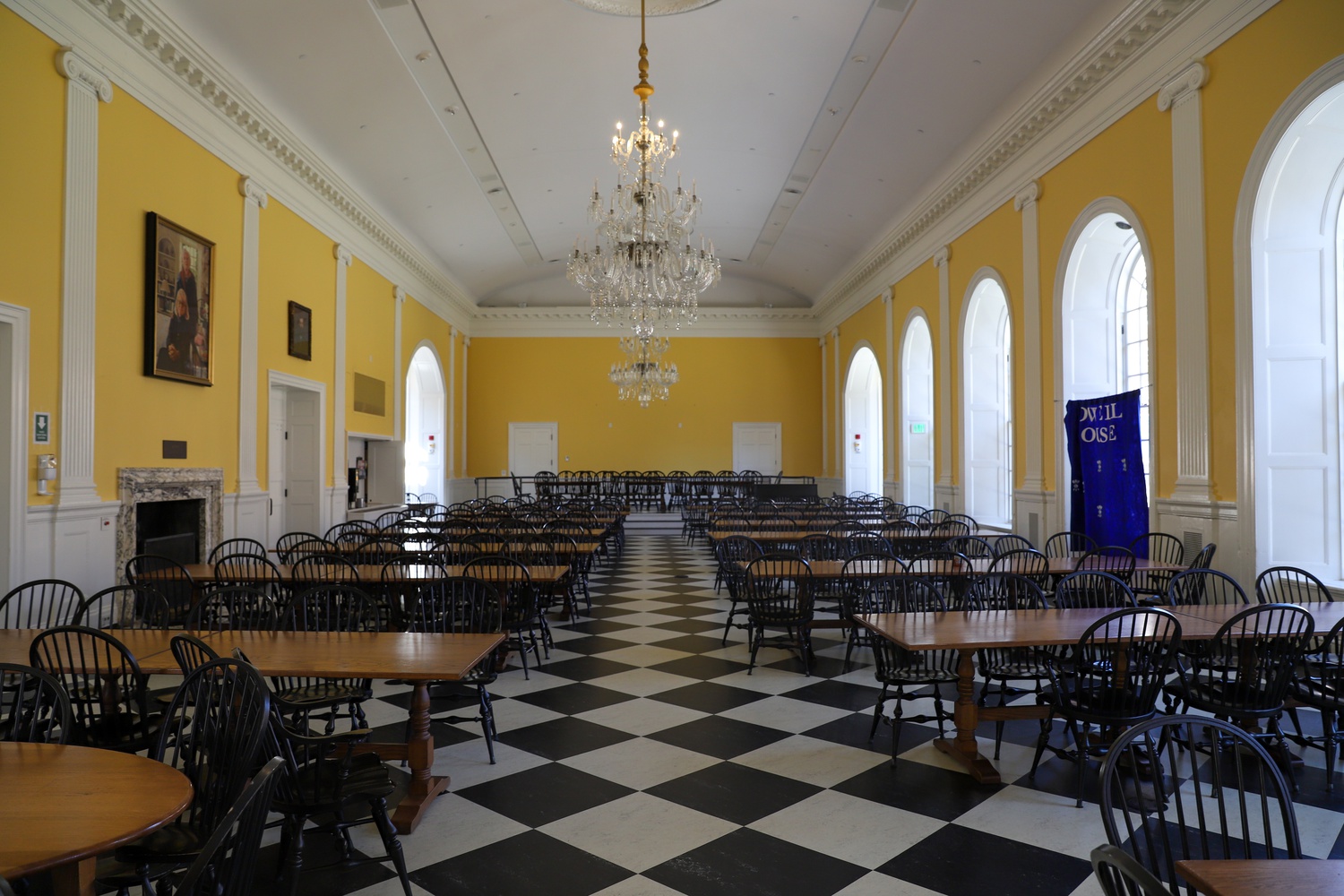 Harvard University Dining Services will replace meals cooked in-house with pre-made and packaged food items to prepare for a significantly reduced dining hall staff, the Dean of Students Office announced in a Monday email to students remaining on campus.

“HUDS will continue to support the nearly 450 undergraduate and graduate students on campus with meal support,” the email read. “These modifications allow them to do so with limited personnel.”

The DSO attributes the dining modifications to the University’s transition to “a new phase of COVID-19 service for campus residents” that will shrink the on-campus workforce.

According to the email, HUDS stopped preparing meals in the dining halls on Monday and has started offering students pre-made “sandwiches, salads, soups, side dishes like crudite and fruit salad, and more.”

The dining halls switched to serving “re-heatable entrees” on Monday and Tuesday that will be limited to previously purchased frozen foods. On Wednesday, the dining halls will begin offering meals from “several local vendors” on a rotating schedule.

Prior to the dining modifications, HUDS staff packed freshly-made meals for students to pick up in the dining halls.

Some HUDS staff remained on campus even after most students left to keep dining halls operational in Adams, Eliot, Kirkland, and Quincy Houses. This weekend, however, Quincy dining hall staff refused to report to work after two colleagues tested positive for coronavirus.

For students remaining on campus, the DSO has imposed strict social distancing rules. Students are prohibited from sharing living spaces and bathrooms, attending gatherings of more than two people, using House common spaces, and consuming alcohol regardless of age.

The email also announced that on-campus housing will be available this summer in an “extremely limited” capacity, and will only be available to students who are currently living on campus.

The housing announcement came shortly after the College’s Monday announcement that it will move all its residential summer programs online. The shift will apply to Harvard Summer School, as well as programs offered by the Office of Undergraduate Research and Fellowships, the Institute of Politics, and the Phillips Brooks House Association, among others.

Those on-campus who want to remain through the summer must petition for housing, according to the email.

“The accommodations we offer will be limited in nature compared to term-time and ordinary term-time resources such as dining will not be available,” it reads. “We hope that this information will be helpful to those of you who may need to stay.”

The DSO wrote that it will update students on the housing petition process in the near future.