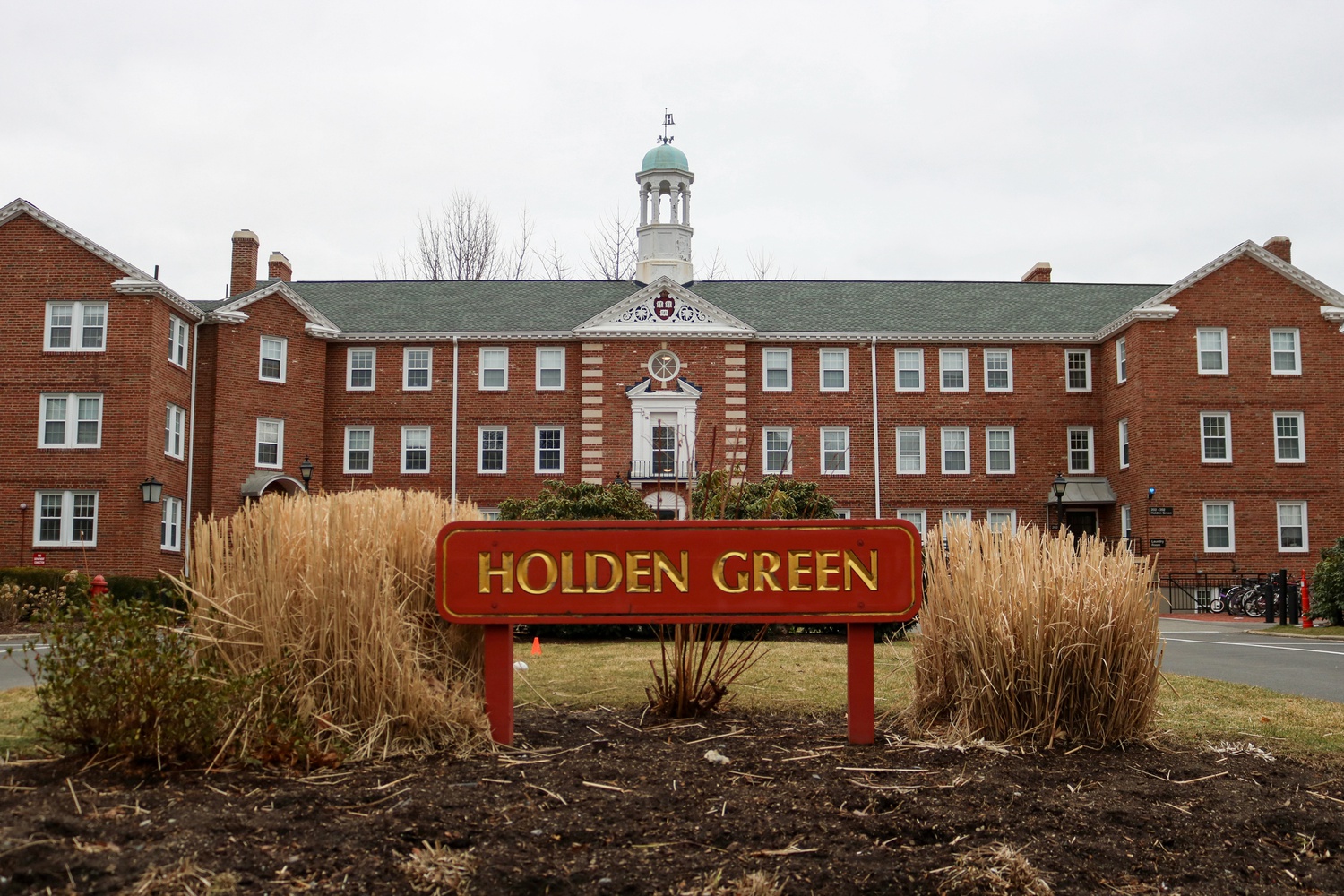 Holden Green is a University-leased housing complex on the border of Cambridge and Somerville. By Jonathan G. Yuan
By Camille G. Caldera, Crimson Staff Writer

As of Thursday, the governors of at least 38 states — including Massachusetts — had issued stay-at-home orders in an attempt to combat the spread of the novel coronavirus. Harvard, meanwhile, asked most of its students, faculty, and staff to vacate campus last month.

But for some affiliates, staying at home means staying in homes that are owned by Harvard.

Harvard University Housing — which is available to graduate students, faculty and employees at the University — currently maintains 61 properties in Cambridge and Boston. That equals approximately 3,000 apartments, with rents ranging from $1,206 to $5,364.

On Monday, the Cambridge City Council passed a resolution encouraging city landlords to forgo evictions and rent increases for the next 60 days due to the financial burden of the pandemic.

According to University spokesperson Brigid O’Rourke, HUH has made a number of changes to its policies to aid tenants who have been impacted by the coronavirus pandemic.

Administrators remain dedicated to providing residents “a healthy, safe and comfortable experience,” according to O’Rourke.

“Harvard University Housing is working hard to adapt policies and practices in support of its tenants during this unprecedented situation,” O’Rourke wrote in an emailed statement. “It understands the difficulties some may be facing and is committed to working with residents to provide stability, relief and peace of mind in as much as it is possible during this difficult time.”

Another change allows tenants to change the conditions of their lease. In an email to residents on March 14, HUH provided them three options: extend their lease, terminate their lease on the scheduled date of June 30, or terminate and vacate the apartment early.

If residents chose to vacate and had roommates, “remaining roommates are not responsible for the vacating roommate’s rent, through June 30,” according to the email. After June 3o, they will be expected to pay the rent in full.

This policy benefited Louis-Samuel Pilcer, a student at the Harvard Kennedy School from France who was forced to leave the United States — and his apartment at Peabody Terrace — on short notice.

Soon after French President Emmanuel Macron announced a national lockdown on March 16, Pilcer received instructions from the French Consulate to return to France, since his visa was set to expire before June 30.

“They were worried that we could get blocked in the United States and lose our healthcare insurance when the student visa expires,” Pilcer wrote in an email. “They told me that flights planned for the week of March 23 would be maintained, but that later flights were highly uncertain. As a result, I booked a — very expensive — flight ticket and started packing my luggage.”

Because he received the email from HUH, he said he did not worry about his lease until he had arrived home in France. Then, he logged onto a portal and indicated that he wanted to terminate his lease.

“Ordinarily, you need to apply at least a month before if you want to end your lease,” Pilcer wrote. “They enabled me to end it in one day: I asked on Friday, it ended on Friday.”

Pilcer wrote he was “grateful” for the change.

“This decision prevented me from having an additional month of rent to pay. Moving in emergency was expensive — flight ticket, 3 luggage, I couldn’t sell most of my furniture before moving — and makes it even harder to pay back my student debt,” Pilcer wrote. “I’m very grateful to Harvard Housing for trying to alleviate part of our financial hardship in this extraordinary situation.”

According to the March 14 email, tenants were expected to notify HUH what they decided to do about their housing by March 31. On March 30, though, HUH sent a follow-up email to residents allowing them until April 15 to make a decision.

Christopher G. Cochran, a Ph.D. candidate in Classical Philology, wrote that though he was not impacted “that much” by coronavirus, the ability to change the conditions of his lease benefited him and his boyfriend.

Cochran wrote that he was already planning to leave his HUH this summer, since he is planning to finish his degree.

“Because of Harvard's new flexible policy on breaking leases early […] we were able to be flexible on the move-in date when we were apartment hunting, and as a result got a great deal on a new apartment!” Cochran wrote.

He said he thinks the policy changes have been “generous and appropriate.”

Other changes include temporarily moving some residents of the Cronkhite Graduate Center to undergraduate housing in the Radcliffe Quadrangle, at no cost, in order to adhere to guidelines from the Centers for Disease Control and Prevention that say each occupant must have their own bedroom and bathroom. HUH has also moved programming for residents online.

One aspect that has not changed is rent.

In January, HUH announced that rent for the upcoming academic year would increase by an average of one percent — ranging from zero to two percent, unit-by-unit.

O’Rourke said that remains true, but that rent-setting for the following year will reflect the impact of coronavirus on the local housing market.

Cochran said he does not think changes to rent are necessary at this time since the majority of residents are Harvard affiliates who will be paid through the end of the semester.

“This could change, however, in the summer because there are a lot of graduate students who rely on income from summer travel stipends or from teaching Harvard summer school,” Cochran wrote. “If GSAS does not guarantee summer income, then it may be hard for graduate students to make rent payments.”