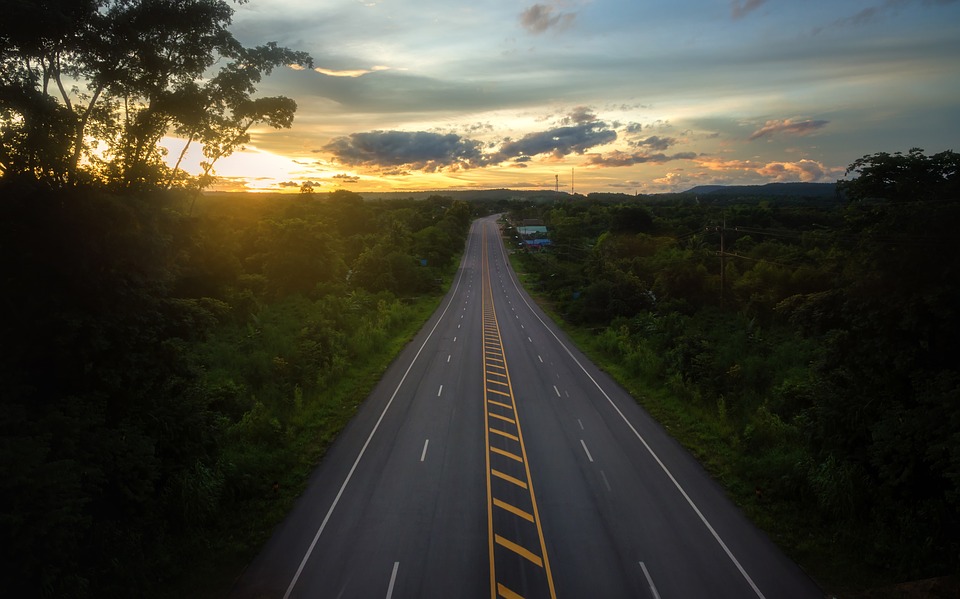 When you zoom out, the interaction between the coronavirus pandemic and climate change is complicated and often reveals a dismal picture. New evidence suggests long-term exposure to air pollution may have made the disease more lethal, potentially exacerbating existing inequalities, while fossil fuel companies have attempted to leverage this moment to their advantage.
By Tyler T. Johnston

As the world settled into the largest shutdown in modern history, a strange side effect emerged: The skies began to clear.

“One of the results of the shutdown has been a great improvement in air quality. And anybody can see this with regard to visibility,” explains Dr. Daniel Jacob, professor of Atmospheric Chemistry and Environmental Engineering at Harvard. Satellites and measurement stations, he says, have observed large drops in nitrogen dioxide and fine particulate matter pollution across the world.

And indeed, the skies have cleared — many in the Indian state of Punjab now report that they can see the Himalayas, over 100 miles away, for the first time in decades. As factories close, highways empty, and billions remain trapped at home, emissions have dropped sharply. One estimate from Carbon Brief shows a 25 percent reduction in carbon emissions compared to the same period last year, though Jacob notes that recent measurements show China is already returning to higher levels of pollution “As soon as the economy recovers, it will be back to normal with regards to air pollution.,” he says. “I have no doubt about this.”

These reductions in air pollution, for as long as they last, may reveal large-scale benefits to breathing cleaner air. “You can also do some calculations about the impact of mortality associated with air pollution, and you find considerable gains in that regard,” Jacob explains. And already, some have made these calculations — one conservative model from Dr. Marshall Burke, an assistant professor at Stanford, projects a two-month reduction in mortality of over 50,000 deaths in China alone.

However, Burke clarifies in the analysis that these don’t support any idea that pandemics are good for health, but instead merely represent one specific metric: the health benefits from the changes in air pollution caused by economic shutdowns.

When you zoom out, the interaction between the coronavirus pandemic and climate change is complicated and often reveals a dismal picture. New evidence suggests long-term exposure to air pollution may have made the disease more lethal, potentially exacerbating existing inequalities, while fossil fuel companies have attempted to leverage this moment to their advantage.

Previous research has already demonstrated that long-term air pollution exposure increases mortality risk, and now COVID-19 is proving to be an immediate example of its deadly effects. A recent study from the T.H. Chan School of Public Health analyzed data from approximately 3,000 counties in the United States and found that a rise in fine particulate matter of merely one microgram per cubic meter was associated with a 15 percent increase in the mortality rate of COVID-19.

These results, though still preliminary, are immediately relevant to environmental regulations and epidemic modeling, but many questions remain unanswered. The continued assessment of new data and potential additional confounding variables, as well as analysis at smaller spatial densities, all needed to confirm these results. The data and methods from the study have been made publically available under an open science framework, so students or other interested individuals can access and analyze the data themselves, and so other countries can replicate similar analyses.

For years, researchers have warned us that climate change exacerbates existing inequalities. Now, through a bleak display of transitive logic, the coronavirus pandemic is doing the same.

Dr. Aaron Bernstein, director of the Center for Climate, Health, and Global Environment at the Chan School, notes that while research hasn’t yet shown air pollution to be a driving force behind these inequities in mortality, it is possible. Exploring this connection will require further research, but as Bernstein points out, “we already had ample reason to continue to improve air pollution, which we know aside from COVID-19, harms the poor and people of color in this country more than everybody else.”

To battle the virus, we’ve seen multi-trillion-dollar expenditures, daily white house press briefings, and massive sacrifices made by every individual. In response to climate change, progress has been slow and insufficient.

But the two crises aren’t so far apart — our response to both COVID-19 and climate change will determine whether people get sick or not and whether they live or not. This pandemic may even carry lessons regarding what it takes to mobilize defensive action. As Bernstein explains, “We can prevent harm by changing what we do when it comes to fossil fuels and how we provide energy to our lives, in a way that is in parallel to what is going on with COVID-19 and to make it much more personal and much more actionable.”

But fossil fuel companies, some claim, are attempting to seize the moment to sway public opinion and lobby for environmental protection rollbacks. Dr. Geoffrey Supran, research fellow in the Department of the History of Science, writes in an emailed statement, “The fossil fuel industry and its political allies are systematically exploiting coronavirus chaos to protect its profits and lock society into climate chaos.” He explains that as the coronavirus situation has worsened, there’s been an uptick in industry messaging as well as political lobbying from the fossil fuel industry. “What we’re seeing now are the familiar one-two punch public affairs tactics that Big Oil has perfected over the past century.”

TC Energy, the company building the Keystone Pipeline, has insisted on proceeding with the project in the midst of the crisis, claiming it will “strengthen the continent’s energy security,” while Bill McKibben, founder of 350.org, an environmental advocacy group, suggests in the New Yorker, “that’s obvious nonsense — at the moment, a record glut of oil is so overwhelming the market that there’s literally no place left to store it.” Meanwhile, Amy Westervelt, a reporter at Drilled News, claims to have tracked more than three dozen ways the fossil fuel industry and its allies in the Trump administration may have exploited the pandemic to roll back federal, state, and local regulations.

Supran suggests out Harvard may not be a neutral player in this game: “As students and faculty have been pointing out for seven years, by continuing to refuse to divest from fossil fuels, Harvard is legitimizing the politics of Big Oil… The fossil fuel industry’s lobbying and propaganda campaigns to delay climate action and exploit the coronavirus crisis are, in Harvard’s eyes, legitimate tactics worthy of our investments.” Jason Newton, a spokesperson for Harvard, declined to comment on these claims.

In response to a recent NY Times op-ed in which the presidents of Harvard, MIT, and Stanford defended their decision to “tak[e] difficult steps now, for the public good,” Supran writes that institutions like Harvard have “been ahead of the curve in confronting this crisis. If only they could bring the same logic and leadership to our collapsing climate too.”

— Magazine writer Tyler T. Johnston can be reached at tyler.johnston@thecrimson.com.