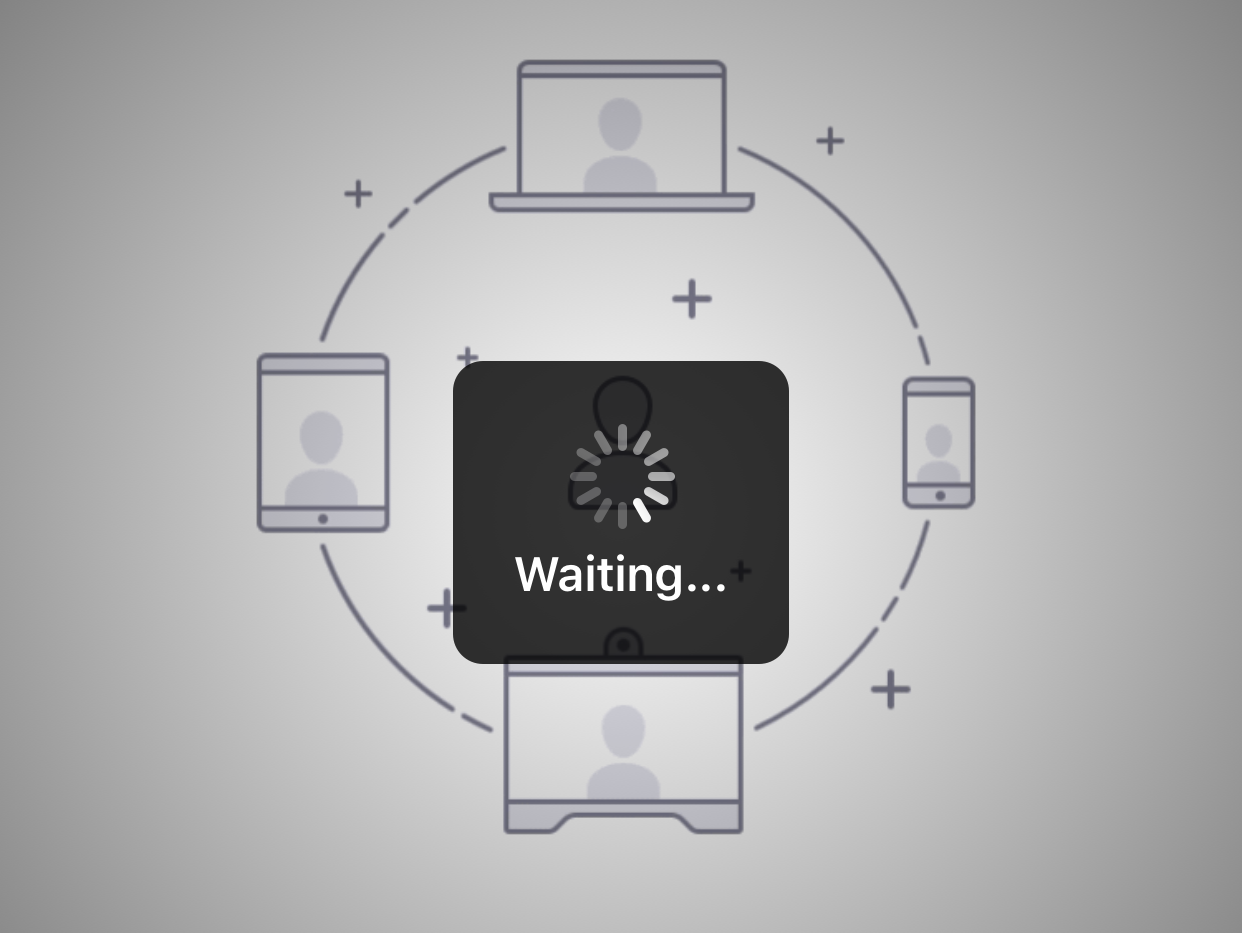 For students from rural areas now forced to attend classes over Zoom, finding connection is the first of a series of problems they must face. By Courtesy of Maya McDougall
Advertisement
Advertisement

"Sustaining remote connections to both my academic and social life has required a new commute: a 20-minute drive to the Burger King in the next town over."
By Maya H. McDougall

Ross D. Simmons ’21 thought he had left Higginsville, Mo., behind when he left for college. However, due to the mass exodus from Harvard’s campus, Simmons has found himself back in his parents’ house for the foreseeable future, along with his sister, brother-in-law, and niece.

Higginsville lies about 50 miles outside of Kansas City, Mo., Simmons tells me. He knows the population off the top of his head — 4,797 — and notes that his town “has a Walmart and everything.” He chuckles. “Not a Supercenter, but a Walmart.”

While Simmons points out that “[t]here are smaller places,” he struggles to access high-speed internet from his hometown. Higginsville is one of many rural areas in the U.S. that now must support the WiFi needs of students completing their education at home and online.

Oftentimes, accessibility barriers arise from the kind of internet a region is equipped with. Today, there are three general internet options available to consumers: DSL , cable, and fiber. DSL runs through telephone wires, and cable runs through an underground network of cords. Fiber is the newest option, using fiber-optic cables to deliver what is purported to be the fastest of the three.

In my experience, it’s a lot simpler — DSL is slow, and cable is fast.

Cable internet is only an option if an underground cable runs below your street. For many streets in very rural areas, including Simmons’s and mine, there is not.

Peach Bottom, Pa., my hometown, has a population of 3,853 and no Walmart — just an Amish general store. My house doesn’t have the worst WiFi, but now that I’m living my whole life from home — FaceTiming friends, writing essays on Google Docs, and attending club meetings on Zoom — fractured connections hamper my every interaction.

Sustaining remote connections to both my academic and social life has required a new commute: a 20-minute drive to the Burger King in the next town over. Last week, I waited for a TV show to download in the parking lot so that I could watch it with some friends. My sister downloads her chemistry videos there too.

I recently watched an episode of “The Patriot Act with Hasan Minhaj” titled “Why Your Internet Sucks.” In it, Minhaj points out that about three million students in the U.S. have trouble completing their homework assignments due to a lack of high-speed internet access. Why is that? Because Comcast and Charter, the two internet giants in the U.S., have essentially evaporated competition, dividing the country in half. There’s no incentive to serve sparsely-populated areas that won’t bring in much money.

This checks out. In the past, my family has called Comcast to request that a cable be installed for us. After taking a survey of my street, they found that the majority of my neighbors are Amish and don’t use the Internet, so the answer was “No.”

At one point in the episode, Minhaj tells the audience that Comcast was voted America’s most hated company in 2017. Learning all of this information took me a bit longer than the episode’s 23-minute runtime, since the video stopped every few minutes to buffer.

Class discussions have been a little difficult from home, since enabling my video on Zoom freezes the other participants on the screen, and my audio is often delayed. This past Wednesday, I was trying to participate in a discussion on Judith Butler while sitting on a beanbag in my basement. (My sister uses my old high school desk, since our WiFi doesn’t reach her room.)

Midway through the discussion, my professor fell silent, my classmates froze, and I got a text from my friend in the class, “Maya, I’m screaming!” She had sent a picture with the text, but it wasn’t loading fast enough.

About five minutes later, when my computer reconnected to Zoom, the discussion had moved on. Finally, after class, the picture my friend had sent downloaded, which was the cause of her figurative screaming (it could’ve been literal — I wouldn’t know; I was booted off the call). It’s a screenshot of my arms flailing and my expression incomprehensible, frozen on the screen. Some of the faces of other students and my professor are visible, all laughing — I’m not sure if it’s at me.

In rural homes of Harvard students across the country, getting repeatedly kicked out of Zoom and accidentally interrupting classmates with delayed audio has been a common frustration.

Last week, my friend Galdino Guzman-Navarro ’22 thought he was discussing a research paper idea for his sophomore economics tutorial with his classmates when suddenly an all-caps message from his professor popped up in the chat feature of Zoom: “I HOPE YOU KNOW WE CAN’T HEAR YOU.” Turns out, he was merely miming his idea to his classmates.

Guzman-Navarro is from a town in northeastern Nebraska, and uses DSL broadband with 12 mbps — far from the optimal speed for Zoom. On the first day of online courses alone, he was kicked out of one class several times.

As Simmons sat down for his very first class on Zoom, the power flickered out for a second.

He immediately sprang into action. Simmons ran out of his room, found an adapter and a long cable to plug his computer directly into the WiFi modem to “bypass the router entirely while it was rebooting after the power blip.” While he was able to jump back into class without missing too much, the quality of Zoom was not great, even with his computer plugged directly into the modem.

Kayla M. Manning ’22, another friend, lives on the outskirts of Salado, Texas. “There's really only one Internet provider that works well out here,” she explains. Then, she corrects herself. “Works well is kind of an overstatement. It’s what works best for us.”

Throughout the first week of Zoom classes, Manning had lectures where the audio became too choppy to comprehend. In a meeting with a teaching fellow, she had to resort to communicating over the chat feature of Zoom, defeating the utility of a video call. She has been kicked out of Zoom breakout rooms, leaving her partner alone and confused.

The solutions to WiFi connectivity problems that might be available in other areas, like using a personal hotspot, don’t help Manning. In her area, cell phone service isn’t strong either, foreclosing her ability to improve the connection.

I spoke with Manning on a warm and sunny afternoon, so I ran to the top of the hill in my backyard to get more reliable cell phone service. During the middle of the call her voice audio broke up, and I couldn’t hear her for a minute — it’s unclear who’s iffy cell phone service was responsible.

I have WiFi, but it’s really fucking slow. It’s frustrating to get kicked out of my online classes over and over again, and it’s sad that socializing with friends has transformed into stilted and lagging conversations. Home isn’t the easiest place to complete my sophomore year of college.

But, my professors are accommodating, I will complete my classes on Zoom, and I will be okay. In Peach Bottom, I can hang out with my sister, run around my neighborhood, and go outside as much as I please without coming in contact with any humans (just donkeys and sheep).

The pandemic has highlighted that online education isn’t easy for many people in rural and low-income areas, often because of the state of high-speed internet access. For now, for myself and many other students, in the words of Simmons, “Buffering is just a way of life.”

— Magazine writer Maya H. McDougall can be reached at maya.mcdougall@thecrimson.com or on Twitter @mayamcdougall2.