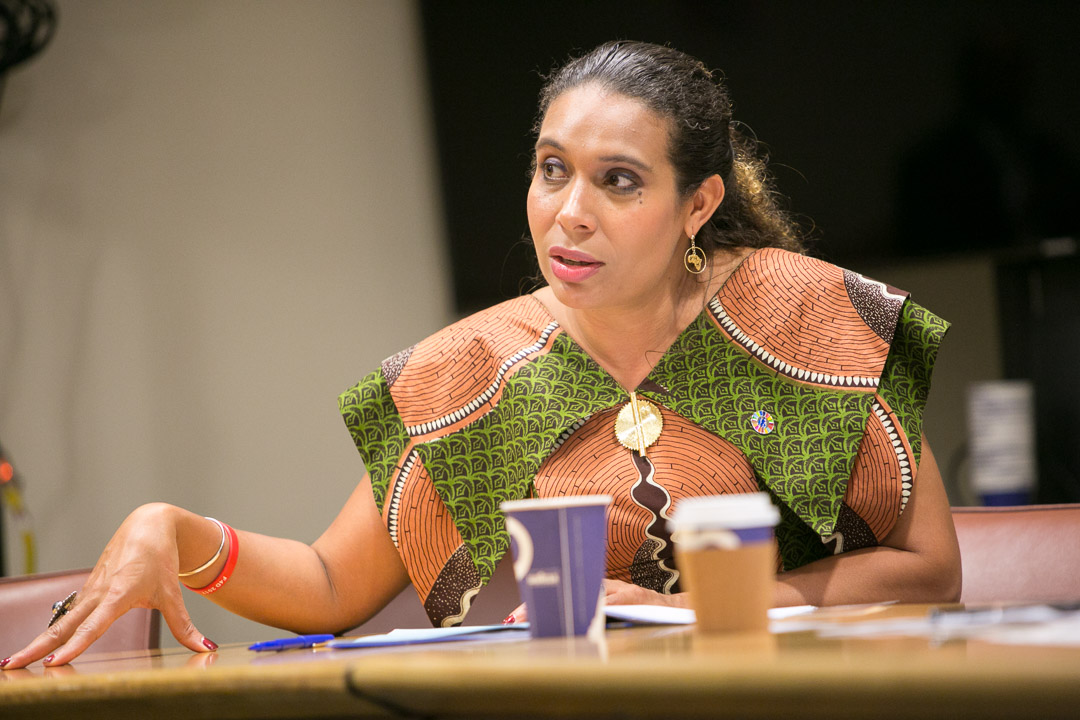 Myriam Sidibe has spent the last 20 years thinking about handwashing. That makes her very relevant these days.
Advertisement
Advertisement

Myriam Sidibe has a Ph.D. in handwashing. Well, almost.

A senior fellow at the Mossavar-Rahmani Center for Business and Government at the Harvard Kennedy School, Sidible is one of the world’s leading experts on the role that brands and corporations play in maintaining public health. She has devoted her career to changing the handwashing paradigm, utilizing both public health advocacy and private sector mobilization.

But before the sink came the lavatory. After earning a bachelor’s degree in engineering, followed by a master’s degree in water and waste engineering, Sidibe “went to build some toilets in Burundi,” as she explains casually. She noticed, however, that no one was using the handwashing facilities.

“They were basically being used to drop bags of rice and bags of flour,” Sidibe explains. It wasn’t as if people were skipping handwashing for lack of soap and water — instead, she needed to find a way to motivate people to wash their hands. With this task in mind, she decided to pursue a Ph.D. in public health.

For her doctoral research, Sidibe studied the handwashing behavior of children in India and Senegal. “I spent a lot of time looking at 4,300 kids coming out of the toilet, monitoring whether they were washing their hands,” she says. The time loitering outside the bathroom served a purpose: She wanted to examine “what motivates the kids to want to wash their hands.”

Her next steps were clear: handwashing requires soap — and the corporations that produce it. As one of the only people in the world conducting handwashing research, she presented her work to Unilever, the world’s largest manufacturer of soap, and was soon recruited to join its team. Fifteen years later, she continues to work with the corporation to advance a global handwashing program that has reached more than one billion people.

At present, Sidibe is fighting COVID-19 in Kenya. Handwashing is a critical part of slowing the spread of coronavirus, putting her in a unique position: “How do I sit during a global pandemic? You know, when I’m an expert in handwashing with soap, and I’ve also been given the power of the private sector to try to do good?”

First and foremost, she examines community needs. “How do we support them? How do we support health workers?” she asks herself. Then she involves the corporate sector to address those concerns. Currently, she is working with a coalition of 55 companies to create a platform of communication to promote handwashing and social distancing and provide resources to underserved communities.

So generally, how should corporate responsibility manifest itself in the age of COVID-19? Sidibe boils it down to three principles.

The first is responsible marketing: “They can make sure that they’re not causing panic,” she explains and that they are “telling people any soap will work.”

Second, Sidibe says that corporations should join local coalitions because “public-private partnerships are going to be critical.” She believes that corporate power can act as a buffer for countries lacking assets. “The governments in a lot of our countries don’t have enough resources to be able to unlock this,” she says.

Sidibe’s third priority is keeping the companies themselves afloat with what she terms “business resilience.” For instance, she advises against simply “flooding the markets with free soap,”despite its importance in times of pandemic.

Sidibe says she believes that as a whole, the private sector has a crucial role to play in combating COVID-19. The provision of soap and supplies is crucial: “Somebody has to continue doing the manufacturing,” she says. At the same time, corporations ought not to “build business models that are going to exploit the situation.” Sidibe emphasizes the importance of taking the needs of communities into consideration in order to then best leverage the private sector’s resources. It’s a balance that needs to be struck.