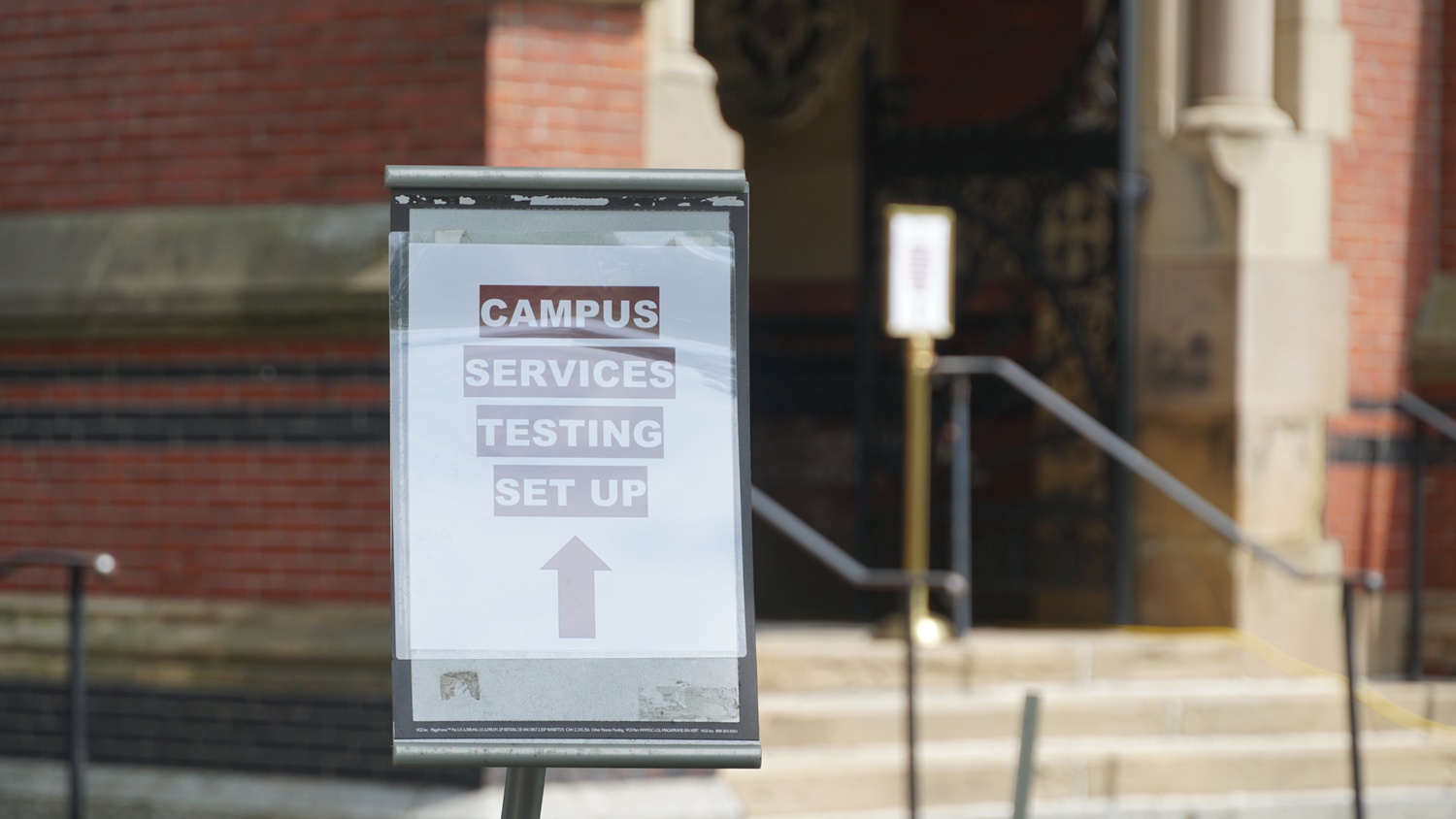 The University has put in place a series of measures to minimize the spread of COVID-19 on campus, including weekly testing for many affiliates. By Zadoc I. N. Gee
By Ema R. Schumer, Crimson Staff Writer

Senior Director of Nursing and Health Promotion Maria M. Francesconi wrote in the email that Harvard “is continuing to monitor positive COVID cases among our students, including some recent cases among student athletes, like yourself.”

She sent the email to at least one member of the crew, sailing, and football teams, though it remains unclear whether Harvard also asked student athletes on other teams to report for testing.

Harvard’s testing and tracing website only outlines regular testing procedures for students who either live or are authorized to work on campus — not students who, like those that received the email, are enrolled but live in off-campus housing. The University also occasionally tests affiliates who fall outside these categories if they are identified through contact tracing efforts.

“I am writing to ask if you would come for covid testing tomorrow, Friday, September 25th in the Science Center Plaza tent,” Francesconi wrote. “This testing is very important for us in our ongoing efforts to monitor the virus on our campus and quickly contain any further potential illness among our students.”

University spokesperson Jonathan L. Swain wrote in an emailed statement that the emails are an outgrowth of Harvard’s contact tracing efforts, which extend beyond just student athletes.

“In some instances, based [on] contact tracing activities, the University may screen members of the Harvard community who are not currently authorized to be on campus, but who may have been exposed to another Harvard community member known to have tested positive for the virus. Off campus screening may be extended to more individuals for the sake of completeness in the University's monitoring efforts,” he wrote.