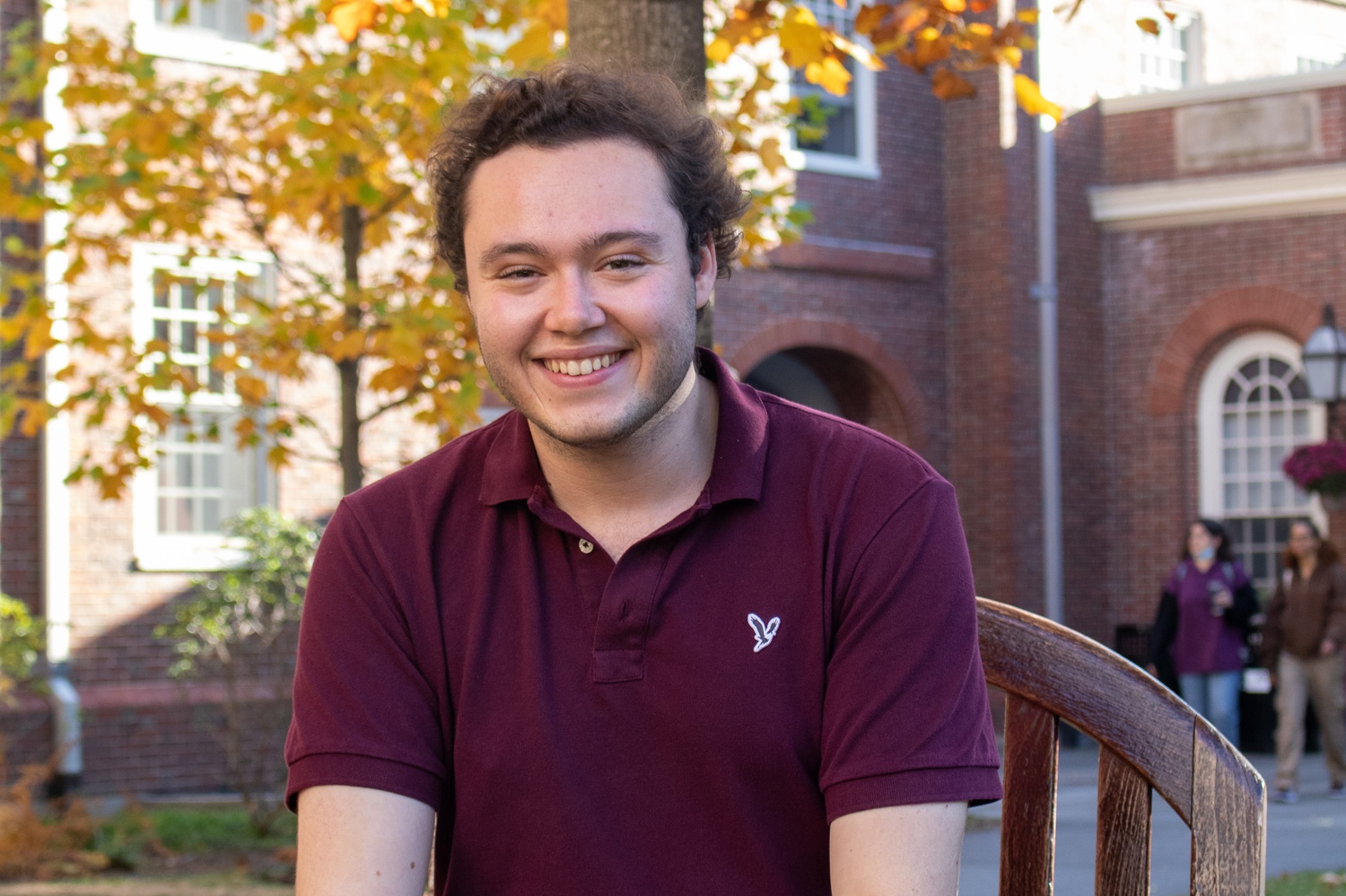 If you had visited Buckminster’s Cafe in the early mornings this past year, you would have passed super senior Benjamin P. “Benjy” Wenzelberg 21-'22 composing an opera. As a concentrator in English with a secondary in Music, Wenzelberg’s senior thesis is an opera adaptation of James Joyce’s “Ulysses.”
By Yeokyeong Kim and Claire Yuan

If you had visited Buckminster’s Cafe in the early mornings this past year, you would have passed super senior Benjamin P. “Benjy” Wenzelberg 21-'22 composing an opera. As a concentrator in English with a secondary in Music, Wenzelberg’s senior thesis is an opera adaptation of James Joyce’s “Ulysses.”

The opera, called “Nighttown,” is a culmination of Wenzelberg’s time with the arts at Harvard. During his college career, he has music-directed productions for Harvard College Opera, the Mozart Society Orchestra, and even performed Beethoven for German Chancellor Angela D. Merkel.

Though Wenzelberg has loved “Ulysses” since reading it in Hum 10 freshman year, his initial goal wasn’t explicitly to set “Ulysses” to an opera. In fact, he wasn’t even sure that he wanted to write a thesis at all.

But when the Lowell House Opera, for which Wenzelberg has served as assistant music director and chorus master, approached him in November 2019 to write an opera for his senior spring, the pieces began to fall into place. “My first response was yes,” Wenzelberg says, “and my second response was, ‘Can I choose the story?’ And they were like, ‘Yeah, and in fact, if you want to write the words, you can, because you’re an English major.’”

While Wenzelberg’s opera is based around the plot of “Ulysses” and takes much of Joyce’s original wording, he emphasizes that this “is a distinct take on Ulysses” and “not a direct modulation of Ulysses by any stretch of the imagination.” Instead, his thesis interprets the story from a new perspective.

Joyce’s “Ulysses” itself alludes to Homer’s “Odyssey,” an ancient Greek epic poem, with characters Leopold Bloom corresponding to Odysseus, the hero, and Molly Bloom corresponding to Penelope, the dutiful wife. In the novel, Molly Bloom only gets to speak in her own words at the very end, but Wenzelberg decided to spin the narrative to tell the story through her eyes.

Wenzelberg’s opera adapts the famous Circe chapter, which is written in a play format and largely unfolds through drunken hallucinations. In an attempt to understand what Wenzelberg describes to be a “cacophonous” and “absurd” chapter, his opera “turns all of these crazy events in the book into projections of who she is.”

“The entire story is framed and mediated by her consciousness,” he explains. The opera begins and ends with the same scene of Molly Bloom lying in bed with her husband, preserving but also transforming Joyce’s narrative. We get this kind of odyssey, but the odyssey is through Molly’s eyes and it’s a nonlinear odyssey, which is true to Joyce’s work,” Wenzelberg says.

Though the opera was originally slated to take place last year, it was delayed until this coming spring as a result of Covid-19, which also allowed Wenzelberg to take time off and spend additional time on the project. Now, back on campus, he has finally completed the thesis, submitting the score, the libretto, and demos of himself singing and playing all of the parts.

“It’s been kind of a personal odyssey too, through this process,” he says. “It’s been literally two years since I’ve gotten the commission, so turning in this thesis was very special.”

Though senior theses are not usually taken from the page to the stage, Wenzelberg’s opera is an exception. The commission from the Lowell House Opera means that his next step is now orchestration — putting together the individual pieces in rehearsal and making adjustments along the way. The audition process has started, and the opera is slated to open in spring 2022.

As Wenzelberg looks into the future, his main concern is how to synthesize all of his artistic interests without compromising any one medium. He is not guided by a specific job or career path, but by a commitment to “always being in [an] interdisciplinary space” where he can “contribute actively to classical music and opera’s future.”

For now, he is enjoying creating music with fellow students. After a year-and-a-half of Covid-19, he has especially missed the vibrancy of creating music to share with an audience: “Every day is a gift to do that, and I don’t take that lightly,” he says. “I want to always live by that.”