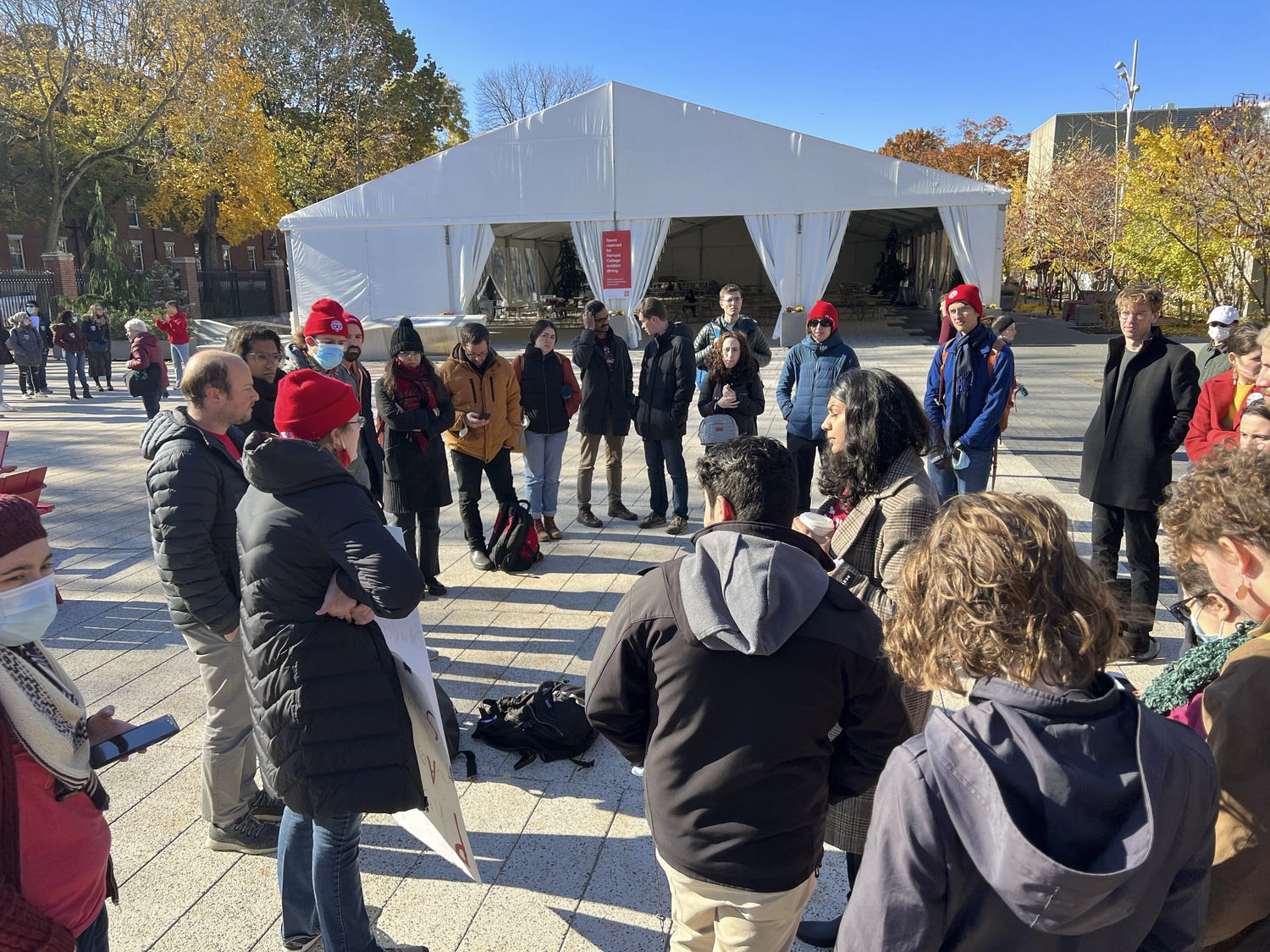 Harvard graduate student union members remain split ahead of the vote on whether to ratify the tentative contract agreement reached Monday, with some eager to vote yes and secure a contract now, while others are determined to organize for a stronger contract in the spring by voting no.

The ratification vote opens at 5 p.m. Thursday and closes at 5 p.m. on Saturday, Nov. 27. Only a majority of voters is needed to ratify the four-year tentative agreement, turning it into the union’s second contract.

“I want to be clear—we [tentatively agreed to] this agreement believing that this is where our union’s collective strength lies at this moment,” Ljunggren wrote. “Contract cycles are iterative, and we’re focused on building a strong foundation to propel us forward based on our energy today.”

The four-year tentative agreement includes significant compensation increases, including a 5 percent raise retroactive to July 1, with 4, 3, and 3 percent annual increases in the last three years of the contract.

Monday’s agreement, however, only includes a handful of new provisions for non-discrimination procedures, a major union priority. It also lacks another longtime union demand: agency shop, which would require all student workers to contribute financially to union activities or a student worker health fee.

“Harvard has returned to in-person teaching and research work, so we can hold effective and disruptive strikes,” the statement reads. “Instead of giving up on a strong union now, student workers can make a resounding statement, vote no on this [tentative agreement], and strike for a strong contract in the spring.”

Alexander J. Hartley, a Literature and Comparative Literature Ph.D. candidate who plans on voting to ratify the contract, said he feels progress has been made on non-discrimination procedures and union security, and that the compensation increases are “substantial.” Hartley added he trusts the bargaining committee’s judgment of the union’s organizing power.

“I trust [the bargaining committee] to have the best sense of our power and our negotiating position at this time,” he said. “My real worry is that if we vote this down, it could really threaten the whole work of everybody who has worked on unionization for the last five years.”

Voting down the tentative agreement and organizing for a spring strike would also mean a new strike authorization vote, a whole new strategy, and potentially a new bargaining committee, Hartley noted.

Zoe A. Feder, a steward for Medical Sciences, said she will vote to ratify the contract to solidify the union’s wins on compensation because both parties can change their offers if the tentative agreement is voted down.

“I’m afraid that we will truly be starting from zero and that we will lose any possibility for retroactive benefits or raises,” Feder said.

Other members, however, said they are unsure of which way to vote. Oscar Rodrigo Araiza Bravo, a Physics Ph.D. candidate, said he was supportive of the tentative agreement at first, but became more skeptical as he discussed the non-discrimination provisions with other members.

Araiza Bravo added he is disappointed that the union has still not achieved its demands for discrimination and harassment third-party arbitration, especially after October’s three-day strike.

Still, Araiza Bravo said he wants to “see where people are at.” Similarly Kara Hartig, another Physics Ph.D. candidate, said she wants to gauge the union’s will and ability to organize before she votes.

“I was planning to go to some of the meetings over the course of the next few days,” she said. “I want to try and get a sense for whether I think we’re in a position to push really hard for a stronger contract.”