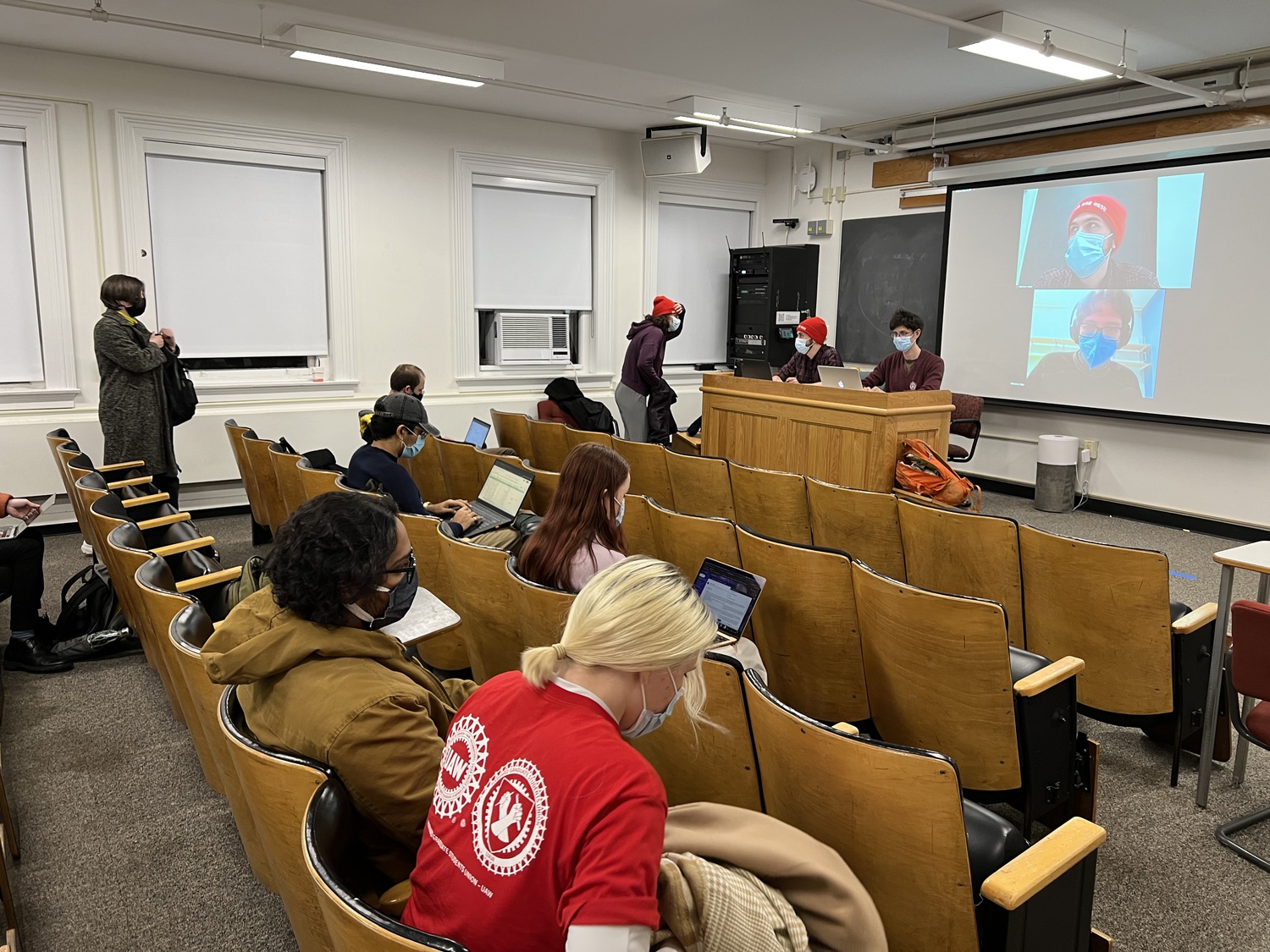 Hours before its second strike deadline this fall, Harvard's graduate student union reached a tentative agreement with the University for a four-year contract Monday evening. The union then approved two votes: an imminent vote on whether to continue the strike and a ratification vote on the tentative contract agreement that will open Thursday.

Regardless of the tentative agreement, the union’s second strike in a month officially began at midnight. The Harvard Graduate Students Union-United Automobile Workers bargaining committee recommended, however, that student workers not withhold their labor on Tuesday as the 24-hour vote proceeds.

The bargaining committee — which unanimously approved the tentative agreement and unanimously favors ending the strike — also canceled pickets and a rally scheduled for Tuesday.

In the tentative agreement, the union conceded on two of its three key demands — non-discrimination procedures and union security — but won major gains in compensation.

“We are recommending this contract to you for ratification with the clear recognition that this contract does not include everything that was important to us,” the bargaining committee wrote in an union-wide announcement Monday night. “In order to secure some of the rights and benefits above, we had to make difficult concessions with the hope that future [bargaining committees] will be able to carry forward these fights.”

Ending this strike does not preclude the bargaining committee from calling additional strikes before Dec. 31.

The tentative agreement covers four years, one year longer than the union originally pushed for. If ratified, the tentative agreement will solidify significant increases in wages and benefits, but it does not include third-party majorities on Title IX hearing and appellate panels or agency shop.

The tentative agreement includes a 5 percent salary increase in the first year of the contract, retroactive to July 1. The second, third, and fourth years of the contract include 4 percent, 3 percent, and 3 percent raises, respectively.

The percentage raises in the tentative agreement are closer to the union’s demands for 5.5 percent, 4.25 percent, and 3 percent raises in a three-year contract, and significantly higher than Harvard’s initial offer over the summer of zero percent raises and a flat bonuses in the first year of the contract, followed by 2.5 percent annual raises.

In a victory for the union, student workers who pursue complaints of non-Title IX discrimination and harassment can appeal their cases to arbitration by a third-party, though they will still initially have to go through Harvard’s processes.

The tentative agreement, however, does not include most of the key provisions the union sought around non-discrimination procedures. HGSU-UAW did not secure third-party arbitration for non-Title IX cases at the initial claims stage.

The union will also now have access to a $400,000 legal expense fund for student workers pursuing Title IX cases over the four-year contract, but the fund is $200,000 less than what the union advocated for.

The tentative agreement also does not include the union’s demand for agency shop, which would require all bargaining unit members to contribute in some way to union activities or a student worker health fund. Under the tentative agreement reached Monday, student workers would have to explicitly state whether or not they will join the union within 30 days of receiving their employment appointment letter, but those who do not join will face no fees.

In an email to faculty Monday evening, Provost Alan M. Garber ’76 wrote that both parties had reached an agreement and that the University would share more details about ratification in the coming days.