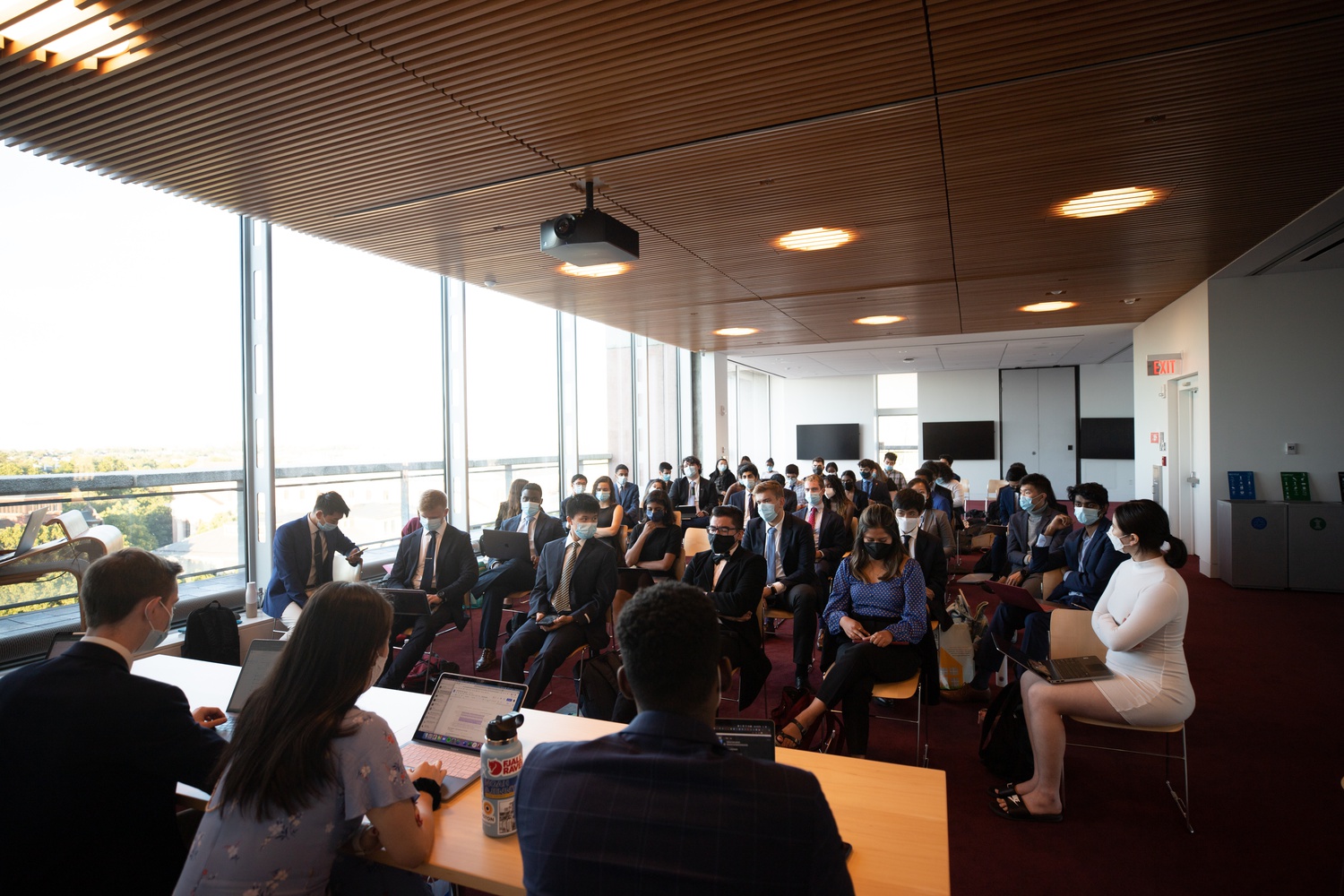 The Undergraduate Council passed legislation to expand the Wintersession program and to fund a new program that will allow students to explore local restaurants at a discounted rate during its Sunday meeting.

Through the first legislation, the UC will double funding for its Wintersession program, which aims to financially support students who incur fees associated with career-oriented internships and projects during the period between the fall and spring semesters. The funding will increase from $30,000 to $60,000 to accommodate student demand. The legislation notes that students requested a total of $246,849.35 in grants last year.

The legislation also extended the Wintersession period, which the UC will now consider from the start of Reading Period to the first day of the Spring semester.

The legislation prioritizes first-generation low-income students and students who receive full financial aid from the College. The Finance Committee reviews each application and distributes funds on a case-by-case basis, per the legislation.

Last year, the program came under scrutiny when the UC inadvertently revealed the identities of students who applied for funding in an email addressed to applicants. In addition, students who were granted funding complained about disbursement delays.

The piece of legislation grants the program, which will begin in early 2022, funds to provide each undergraduate with three coupons that can be used at various local establishments in and near Harvard Square.

“Half of the Harvard undergraduate population have never experienced a pre-COVID Cambridge and have struggled with reconnecting with the greater student community over the course of the pandemic,” the legislation reads.

In the legislation, the UC wrote that the legislation will help local businesses, which have struggled to stay afloat financially due to the coronavirus pandemic.

“Crimson Takes Cambridge will incentivize students to go to the participating restaurants and stores to redeem the coupon and would eventually lead to repeat customers, therefore increasing business for the participating stores,” the act reads.

The bill appropriates $1,500 from the Communications Committee’s funds with $1,350 going toward what the UC must provide for the program, and the remaining $150 being used for the “physical advertisement” of the program.