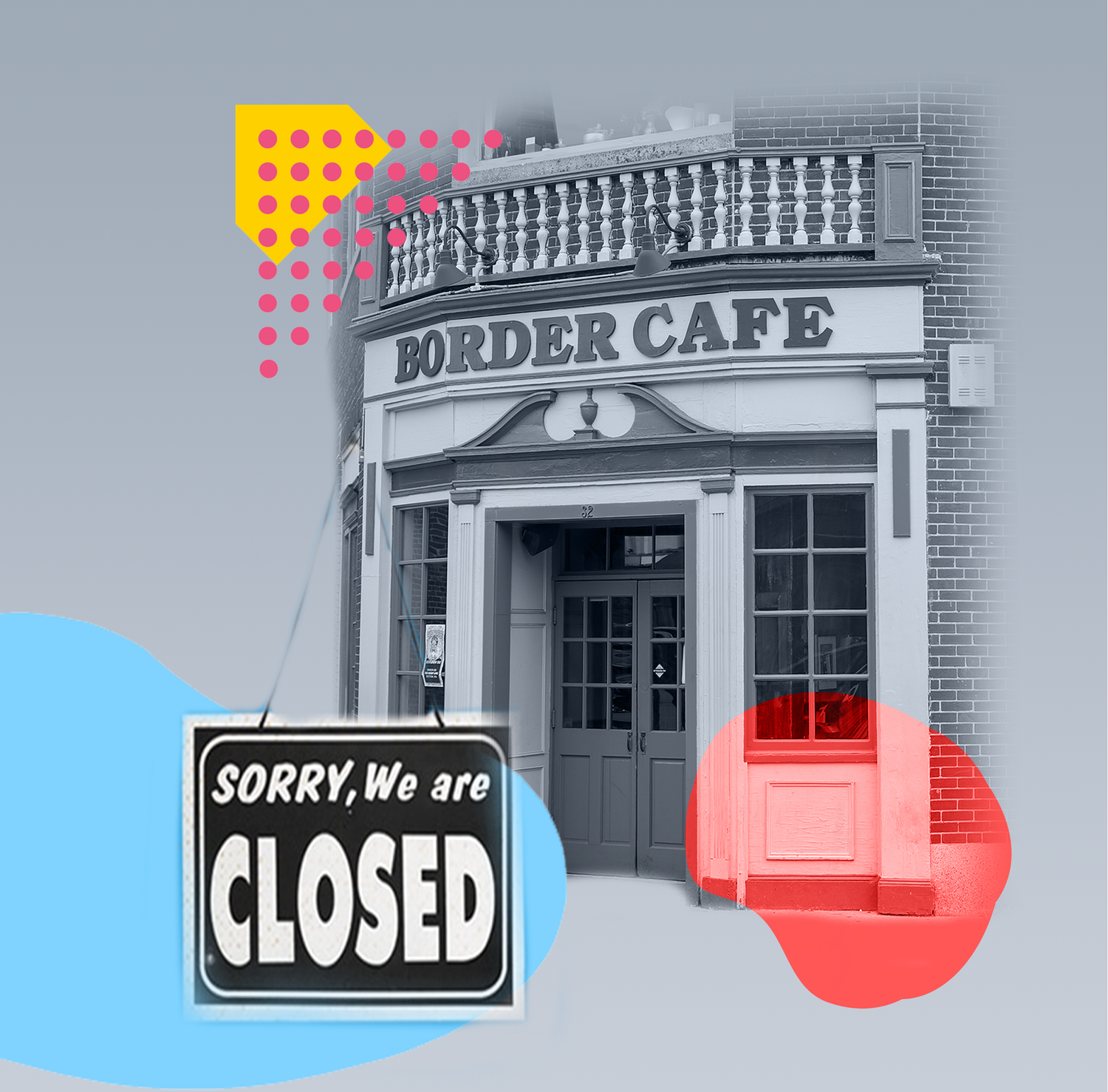 After 34 years in Harvard Square, Border Cafe has shuttered its doors permanently following a two-alarm fire in December 2019 that forced the restaurant to temporarily close for building repairs.

Denise A. Jillson, executive director of the Harvard Square Business Association, confirmed that the once-vibrant restaurant located on 32 Church Street has permanently closed. She said she initially expected Border to recover from the fire.

“The damage was at a minimum from what we understood,” Jillson said. “And then, of course, Covid-19 hit and everything changed.”

The winner of Flyby’s guac competition, Border Cafe was known for its large portions of Tex-Mex and Cajun dishes at affordable prices and its lively environment. As Harvard students and alumni mourned the loss of the iconic establishment, they shared heartfelt stories of family get-togethers and social events at Border Cafe.

Yu Wong ’94 said his first experience at Border Cafe took place after the conclusion of the First-Year Outdoor Program before the start of his freshman year.

“After we checked into our dorm rooms, we met at the Border for our first official dine-in meal in the Square, and I’ll never forget that, especially after a week of eating nothing but gorp, nuts, and M&Ms,” he said. “Having real food at the Border was very memorable.”

“When I think of Harvard Square, Border Cafe is one of the immediate dining institutions that I associate with it, and many others have closed over the years that I used to frequent,” he added. “So it’s sad to see another one go.”

Jania J. Tumey ’23 said her most “memorable time” at Border Cafe was on her 20th birthday.

“Border Cafe was my favorite restaurant in the Square, probably in the whole Boston area,” Tumey, a former Crimson News editor, said. “My friends secretly asked our server to bring me a slice of cake, but they didn’t have cake, so he brought me a piece of cornbread with a candle in it.”

“It was perfect for me because I love cornbread,” she added.

For Angelina V. Shoemaker ’22, Border Cafe was a “nostalgic place” that she dreamt of returning to after graduating from Harvard. Shoemaker said she often frequented Border Cafe when her family came to visit her on campus.

“We would go there probably once a semester as a family, but when my aunt came to visit me, which was probably like three times a semester, I would also go there with her. It was very much a regular spot,” Shoemaker said.

Cara J. Kupferman ’20 said her and her family’s love for Border Cafe dates back to the early 90s, when her parents would go to Jose Tejas, a restaurant under the same parent company as Border Cafe.

“For my entire life, my family has driven 40 minutes in each direction to go to Jose Tejas in New Jersey every few months as our family's favorite treat,” Kupferman said. “When I came to Harvard and discovered there was essentially a Jose Tejas in the neighborhood, it was just so exciting.”

Kathy Ling ’22 said she only went to Border Cafe once, but the one time she went was “very meaningful.”

“Every year, my freshman dorm proctor would take all his entryway kids out to Border Cafe at the end of the year and he would buy fajitas for the whole table,” she said. “It was very, very nice because it was a great way to close out the year.”

Some students said they remembered the last time they dined at Border Cafe.

“The last time that I went was my 21st birthday in October 2019,” he said. “I was a steak fajitas guy. I loved going with friends, because you could get a table for six and everyone could get something at a reasonable price.”

Seung Min “Albert” Shin ’22, who last went to Border Cafe for a post-performance celebration, said the cafe had “astronomical” portions and “excellent service.”

“I was involved in Harvard Expressions on campus, and I remember we had this small get-together before the holidays started,” Shin said. “We went on November 21st.”

Jillson said she would miss the “loud, boisterous, wonderful” music emanating from Border.

“It was just loud, boisterous, wonderful music, always playing at the Border, and it spilled out onto the street,” she said. “Church Street can be a little quiet, so to have all that activity at the corner of Church and Brattle because of the Border was really very special.”

Tumey said she wishes Harvard would use its “massive endowment” to save Border Cafe.

“Saving Border, I think, plausibly falls under the umbrella of student wellness,” she said. “In my vision, in addition to saving Border, Harvard would subsidize dinner for every student at Border.”

“You never know what you have until it’s gone,” she added.