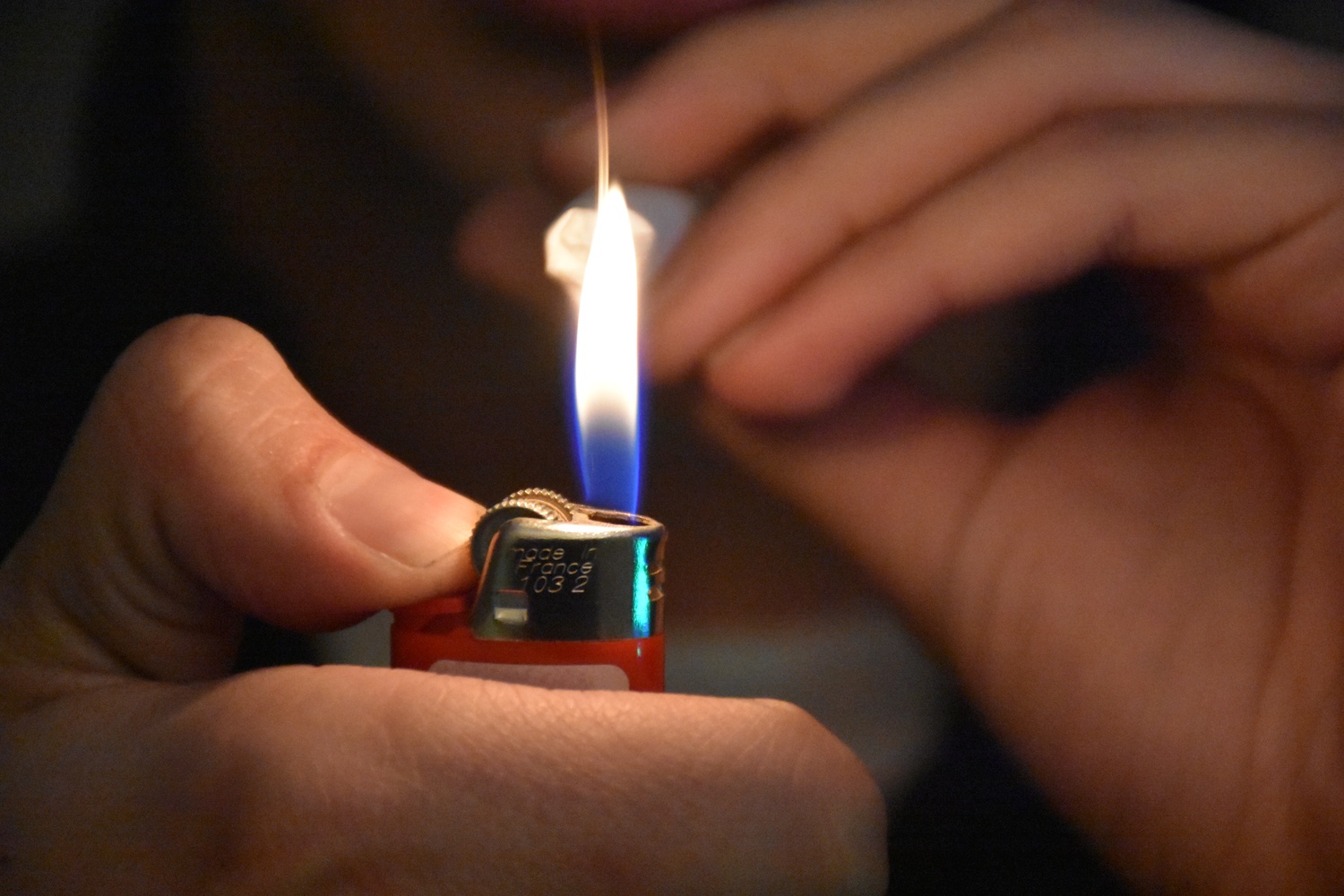 Gruber noticed that patients with the disorder would report using cannabis to combat feelings of depression. “I thought, ‘That’s really interesting — I’ve never heard that before,’” she recalls. She secured a grant in 2008 to study the effects of cannabis on people with bipolar disorder.
By Tess C. Kelley

Before cannabis had been legalized in any state, Staci Gruber was already studying it in her lab.

Currently a psychiatry professor at Harvard Medical School and the director of McLean Hospital’s Marijuana Investigations for Neuroscientific Discovery (MIND) Program, Gruber has studied the effects of cannabis for roughly three decades. She has recently turned her attention to a project focusing on the effects of cannabidiol, or CBD, the semi-mysterious compound heralded by health bloggers and celebrities for its supposed alleviation of pain and stress.

That project is a partnership between McLean Hospital and Charlotte’s Web Holdings, a CBD company that sells hemp-based products like oils and gummies. Gruber cites their reputation as “one of the most recognized names in industrial hemp-based products,” as a key factor in her decision to work with them. “They really were the very first to bring [medical cannabis] to the nation’s consciousness,” she says. She also recalls an earlier study conducted by MIND in which she tested the cannabis products used by study participants and noted the high quality of those made by Charlotte’s Web.

Gruber’s partnership with Charlotte’s Web includes two projects related to the effect of cannabis on different medical conditions. One evaluates a hemp-based product’s impact on people with moderate to severe anxiety, while the other examines a different product’s effect on anxiety in patients with dementia and Alzheimer’s disease.

While this partnership is unique in its link to an outside company, in most ways the research process is the same for Gruber as it was in past projects. Charlotte’s Web helps with the choice of study and the products used, but the actual research is up to Gruber and her team. This distinction, Gruber says, is key to ensuring the integrity of the results. “I think that’s also incredibly important [that] we don’t do anything in which we are beholden to an outside organization with regard to how we do the study [and] what the data will say,” she says.

Her research with cannabis began about 30 years ago as she studied the neurological effects of recreational cannabis on college students. Around that time, she also was studying various psychiatric disorders, and her work with bipolar disorder in particular was a “turning point” in her approach to cannabis.

Gruber noticed that patients with the disorder would report using cannabis to combat feelings of depression. “I thought, ‘That’s really interesting — I’ve never heard that before,’” she recalls. She secured a grant in 2008 to study the effects of cannabis on people with bipolar disorder.

As she began to look into medical cannabis, Gruber noticed a lack of available research and particularly a lack of long-term data. She started the MIND Program in 2014 to combat this problem. Its first project was a long-term study to observe participants’ medical cannabis habits and examine the products they used.

That study has led to a variety of current projects, including research into chronic pain, cannabis use among veterans, and clinical trials. Those trials include the “first-whole plant full-spectrum” solution, containing not only CBD but all compounds found in the cannabis plant, designed by Gruber to treat moderate to severe anxiety.

While cannabis is the general subject of Gruber’s research, she feels the term is often misplaced. “We tend to use one term, cannabis or marijuana, to define the entire landscape, that is anything that comes from the plant,” she explains, “which is unfortunate because it’s a misnomer.” That landscape actually includes hundreds of compounds, such as the commonly known CBD and psychoactive tetrahydrocannabinol, or THC, and the more obscure terpenoids and flavonoids. These compounds exist in various combinations: some cannabis products include all compounds, some are THC-free, and others are a single compound.

The climate around cannabis research can be difficult to navigate. “In many ways, it’s much like the Wild West because there are very few guidelines and regulations for certain types of [products],” Gruber says. Strong opinions about cannabis and its potential risks, as well as its Schedule I status under federal law — the most restrictive status for substances — complicate the ability to get funding and study cannabis. “You have to be tenacious if you want to do research in this area,” she adds.

Gruber’s future research “may very well” include more work with Charlotte’s Web, but she also intends to develop the types of studies and programs currently running at MIND. She still sees her current goals guiding future research. She’s focusing on “how you can possibly use this for addressing symptoms and conditions, and health and wellness, but reduce the risk of potential liabilities, and I think those things are equally important,” she says.

Gruber hopes for increased government regulation in the future of cannabis. Based on current guidelines, some CBD products are not subject to any regulations. “Everyone deserves to know what they’re taking,” she says. As the government and general public become more educated about cannabis and its various forms, however, Gruber believes more oversight and quality assurance will follow.

She adds that people are currently interested in cannabis-based products not only to treat medical conditions but also to promote general health and wellness. “I think the future is likely headed towards greater numbers of individuals exploring the use of these products,” she says.

As a scientist, though, she would still like to see more research, regardless of the public’s increasing confidence in cannabis. “It would be great if we had a little more data,” she says, “to help people make good decisions.”