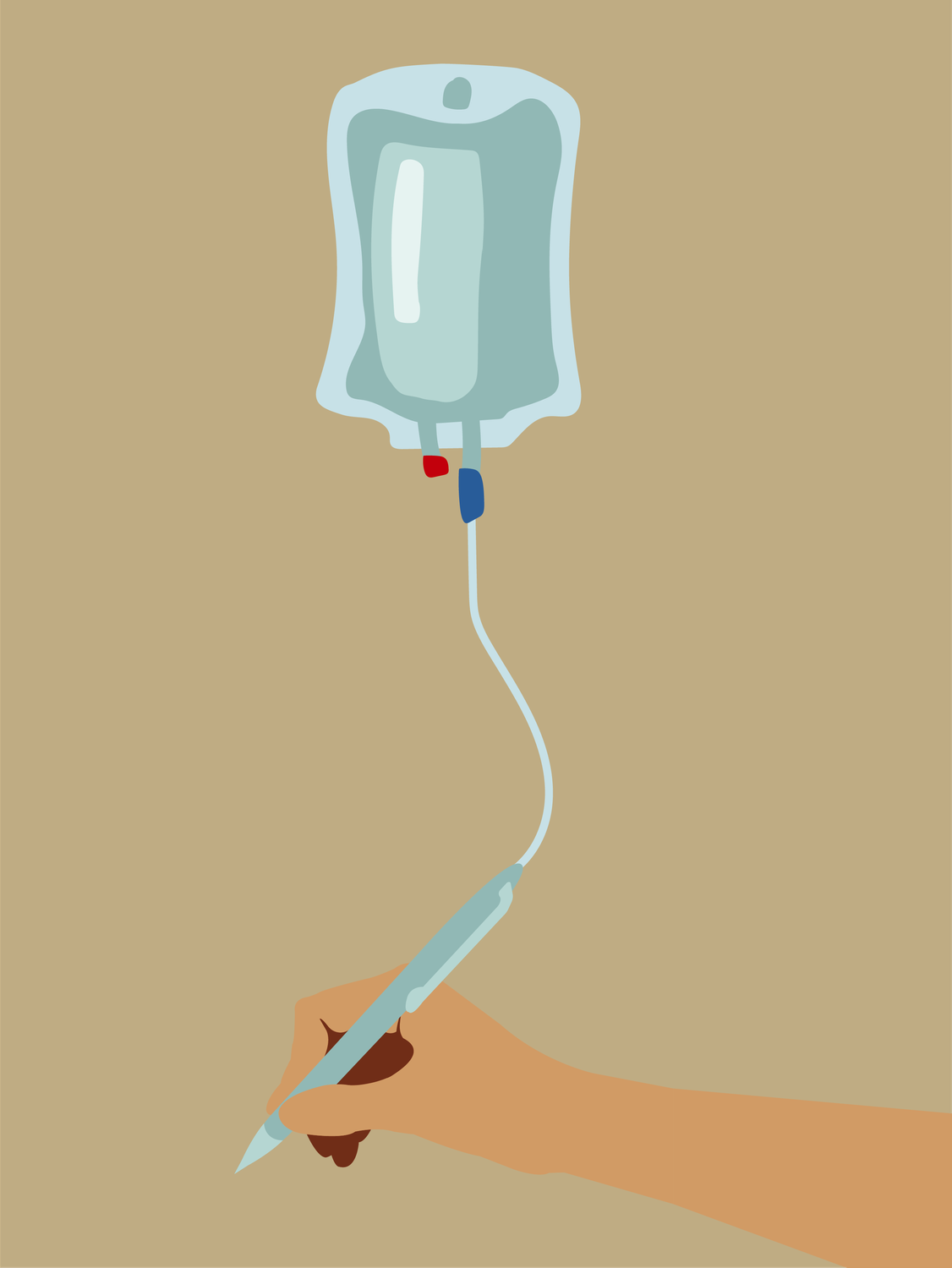 This version of myself looks up and sees my mom’s shoulders heave up and down. I’m looking at my father’s back, and I don’t need to see his face to know that it is tearless, like mine. Only when I read these words does the memory float back to me. I described it as half-grief. Stuck in the wrong places, like sweat.
By Meimei Xu

My uncle has only two years to live.

When I wrote those words at the top of this page, I realized that at this point, he has only a few months left.

This is the second time I’ve written about my uncle’s cancer diagnosis. A year-and-a-half stand between this piece and my first, dated Aug. 26, 2019, but I got used to thinking that he had more time.

“It was one of those moments when news is being broken to you, and you can’t say how it’s being broken, or in what order,” I had written in my first piece. As I open the page and revisit my account, the level of detail surprises me. Without the help of my old journals and Word docs, I can only recall a smattering of moments from that night. I remember my parents only speaking about my uncle in Mandarin, and I remember only asking about him in Mandarin.

“The tumor switched — chang zi,” my mother had said.

“It switched to colon?”

These overlapping, confused lines of dialogue continue for another page and a half in my year-old account of that night as my parents discussed the potential causes: my uncle’s job as a school principal, his obligation to abide by China’s social drinking culture, his love of red meat, his high levels of stress. No distinction between speakers. Just words repeating, ricocheting, stalling for time. Stalling — until I scroll down on the document and read how I described the sound of my mother’s cries, which I had not remembered at all. This version of myself looks up and sees my mom’s shoulders heave up and down. I’m looking at my father’s back, and I don’t need to see his face to know that it is tearless, like mine. Only when I read these words does the memory float back to me. I described it as half-grief. Stuck in the wrong places, like sweat.

This was a tragedy relegated to my mother’s side of the family. My uncle was my uncle by marriage only, and the few family meals we shared every two or three years when I visited China did not do much to strengthen our bonds. I hear updates about his condition from my mother, who hears them from her sister, his wife. In our kitchen, he lives as the occasional subject of the quieter conversations between my mother and father. Their tone tells me, it doesn’t matter if you understand. Only sometimes do I think to ask to translate the unknown vocabulary.

It is a privilege to not know how to write about grief. The act of piecing together my uncle’s story from these fragmented dialogues resembles fiction-writing more than journalism. Although I record and report on other people’s lives, I cannot do the same for my own — but how much of it remains my own? I do not know if I have the right to compose a grief story. I don’t even know if I have the right to call this grief. On a physical level, I cannot mourn an uncle who has not passed away. On every other level, he is not mine to grieve.

My limited perspective has freed up my mind considerably. Other people inherit their families’ maladies. I can stop caring the minute I shut my door. If a tree collapses, its sparrows can fly away.

As an outsider to my uncle’s life, I don’t know if I have a right to publicize his story, even if I am his family. Do I have an inheritance to grief?

I have two reasons for writing this new account, one selfish, one less so. Selfishly, I envy the writers who can conjure their genealogies on command. I’m envious of the first chapter of every American memoir. I’m envious of your grandpa’s war memorabilia, your great-grandma’s pictures, your great-great-grandparents’ college stories. I want to feel familial destiny. I want to be part of a dynasty, even the modest kind that only carries on through love.

But beyond myself, I know how my uncle’s death will shake the tree. My grandparents have no son to take care of them. Their son-in-law has been a pillar of support for them in their twilight years. From the few family dinners we’ve had, I’ve known my uncle as the grounding presence in the room, the sonorous voice that delivers a few sage words during a toast. If a tree collapses, its sparrow can fly away, but perhaps the bird will continue flying its whole life, trying to find another tree just like the one it knew.

Back when we still considered the pandemic a “them” thing and an “over there” problem, my parents bought and shipped boxes of N95 masks to my uncle and my other relatives in Shanghai, Yancheng, and Hangzhou. Since the day we found out about his cancer, I haven’t heard much from my uncle — which is to say, I haven’t heard my parents talk much about my uncle. What I do know from this past year, I’ve dug out from their gristles of conversation. Today, he’s at the Beijing hospital. The next day, he’s home in Yancheng. Then, he’s in Beijing again, waiting in the hotel for the station to reopen, praying the train arrives before the virus does. I go away for college, and only when I come back do I find out he made it on the train.