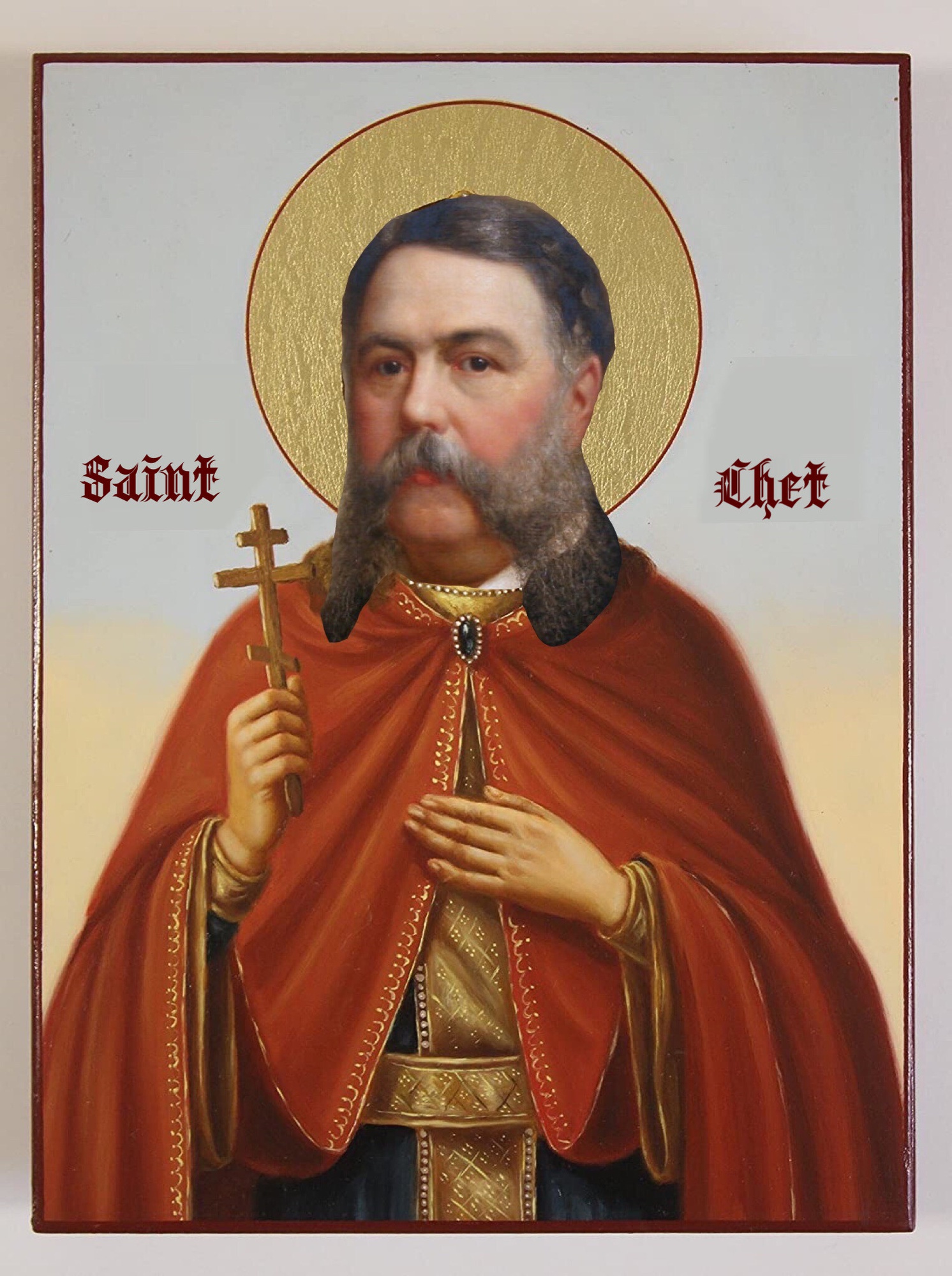 Presidents, they’re just like us! Chester A. Arthur, a New Yorker who served as the 21st president of the United States, had no business being where he was and was wildly unpopular and unqualified for his job. We all have a little Chester in us. This one goes out to you, Chet:
By Sarah W. Faber

Presidents, they’re just like us! Chester A. Arthur, a New Yorker who served as the 21st president of the United States, had no business being where he was and was wildly unpopular and unqualified for his job. We all have a little Chester in us. This one goes out to you, Chet:

T’was one-ish on a Wednesday, and all through my car
The speakers was bumping, though not with sick bars

My podcast on presidents had reached a non-starter
A 40-minute segment on Chester A. Arthur.

“Who the fuck even is that”? I thought pretty quickly
“Some sideburned randeezie from the 1860s?”

I was off with my timing, he ruled two decades later
But during the 60s, he’s a master debater

An energetic lawyer, he argued cases swiftly
He won the case that desegregated streetcars in New York City

But he soon grows different, the idealism doesn’t stick
And he enters the corruption of New York politics.

Appointed port collector, he cheats those he taxes
He’s rich beyond belief, but hated by the masses

Connected in politics, a valuable ally to cement
He’s chosen as James A. Garfield’s vice president

“Oh, fuck it,” said the party, going along,
“Garfield can’t die — he’s too healthy and strong.”

Well, let’s take a pause: can you guess what happens?
James Garfield is shot, killed by an assassin.

The country hates Chester, it’s in disbelief
That a man so slimy is their commander-in-chief.

“This is a joke,” said they, and without hesitation
“There is no one less qualified to run this great nation.”

Sucks to suck, public, Arthur takes the oath of office
But receives a letter from a stranger so brutally honest:

“Listen here Chester, you’re way out of pocket,
You weren’t elected, no one wants you in office

They think you’re evil, and they’d prefer you dead,
No one believes in you — check, go ahead!

But Chester,” she said, as if speaking from his conscience
“Whether you like it or not, a big moment is upon us

Schoolboys will recite your name when listing the presidents,
How will you stack up with past White House residents?

I believe in you, Chester, remember desegregation
You can change for the better, do good for our nation.”

That was it — he only needed one person’s support to transform,
He centered domestic policy around civil service reform

He returned to idealism, and waged his own war
and killed the very systems he was the poster child for

Tears welled in my eyes as I put the car in park
“Holy shit,” I thought “What a redemption arc.”

“Are you okay?!” asked my friend, when she saw my tear-stained face
“Chester Arthur, my god,” I said, and told her his case

Chester, if you’re listening, I’ve gotta say it’s a shame
That they never made a Disney movie about your rise to fame

A tear hits my keyboard as I write you with ardor
“Am I really…” I say to myself “still crying over Chester Arthur?”