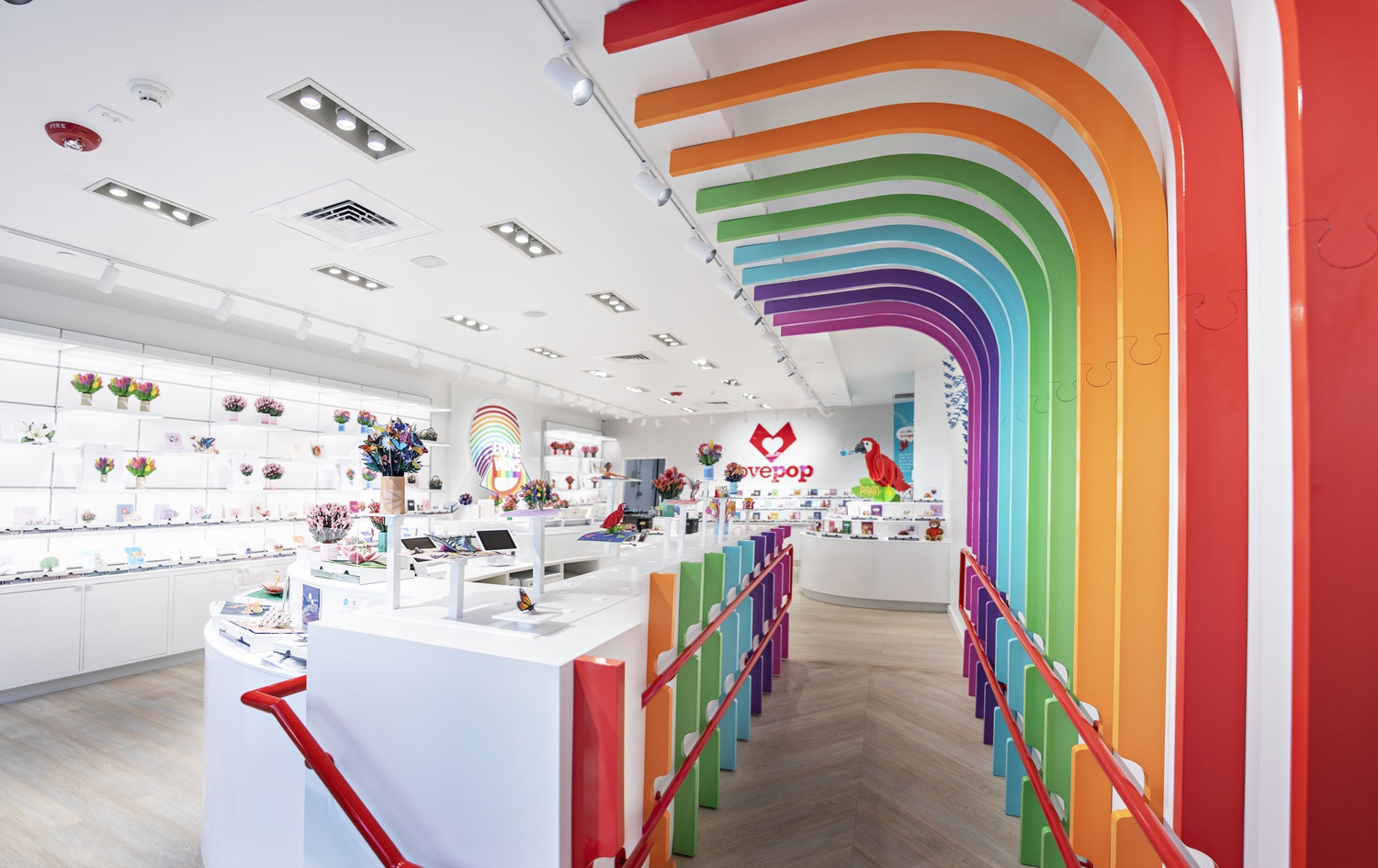 Located at 18 JFK St., Lovepop will offer a variety of 3D products, such as cards, flower bouquets, and giant pop-up gifts. By Courtesy of Lovepop
By Tracy Jiang and Davin W. Shi, Crimson Staff Writers

The new store — located at 18 JFK St., previously occupied by greeting card and stationery chain Papyrus — will offer a variety of 3D products, such as cards, flower bouquets, and giant pop-up gifts.

Harvard Business School alumni Wombi S. Rose and John P. Wise launched the company in a basement in Harvard Square in 2014. The pair first met as students at the Webb Institute, studying naval architecture and marine engineering. The pair later reunited at HBS, where they encountered kirigami — a paper art form similar to origami that includes cutting of the paper — on a school trip to Vietnam.

Rose and Wise quickly noticed a resemblance between kirigami and naval architecture.

“When you design a ship, you take a 3D shape, and you slice it into planes, and where those planes intersect, you draw a line. That's called a lines plan,” Rose said in an interview. “When we looked at this style, the sliceform kirigami, we recognized that this is exactly the same process, only in miniature, for how you design the hull of a ship.”

A year after Rose and Wise launched their company, they appeared on entrepreneurship TV show Shark Tank, where they received a $300,000 investment from Canadian businessman Kevin O’Leary for a 15 percent stake in the business.

“We had an incredible opportunity that I think is one of the best ways to share what you’re doing with such a big audience in the U.S.,” Rose said. “We put a lot of energy and effort and preparation into coming with our best business plan, our best product line.”

“We’re very fortunate to be able to attract an investment from Kevin O’Leary — Mr. Wonderful — who has been a huge supporter of Lovepop through the year and continues to this day to help get the word out about the magical moments we make,” he added.

The Harvard Square location will be the fifth physical store Lovepop has opened nationwide since the beginning of 2020. By Courtesy of Lovepop
Advertisement

Since its founding, Lovepop has adopted an omnichannel sales approach, which seeks to provide consumers with a unified customer experience wherever they may shop.

While the Harvard Square location will be the fifth physical store Lovepop has opened nationwide since the beginning of 2020, the company still sells most of its products online on its website, Rose said.

Rose added that the growth of Lovepop over the past year has been “exciting.”

“[Lovepop] has been growing really fast over the past year, despite the challenges overall in retail, and we’re just excited to continue to double down on what we’re doing in that area,” he said.