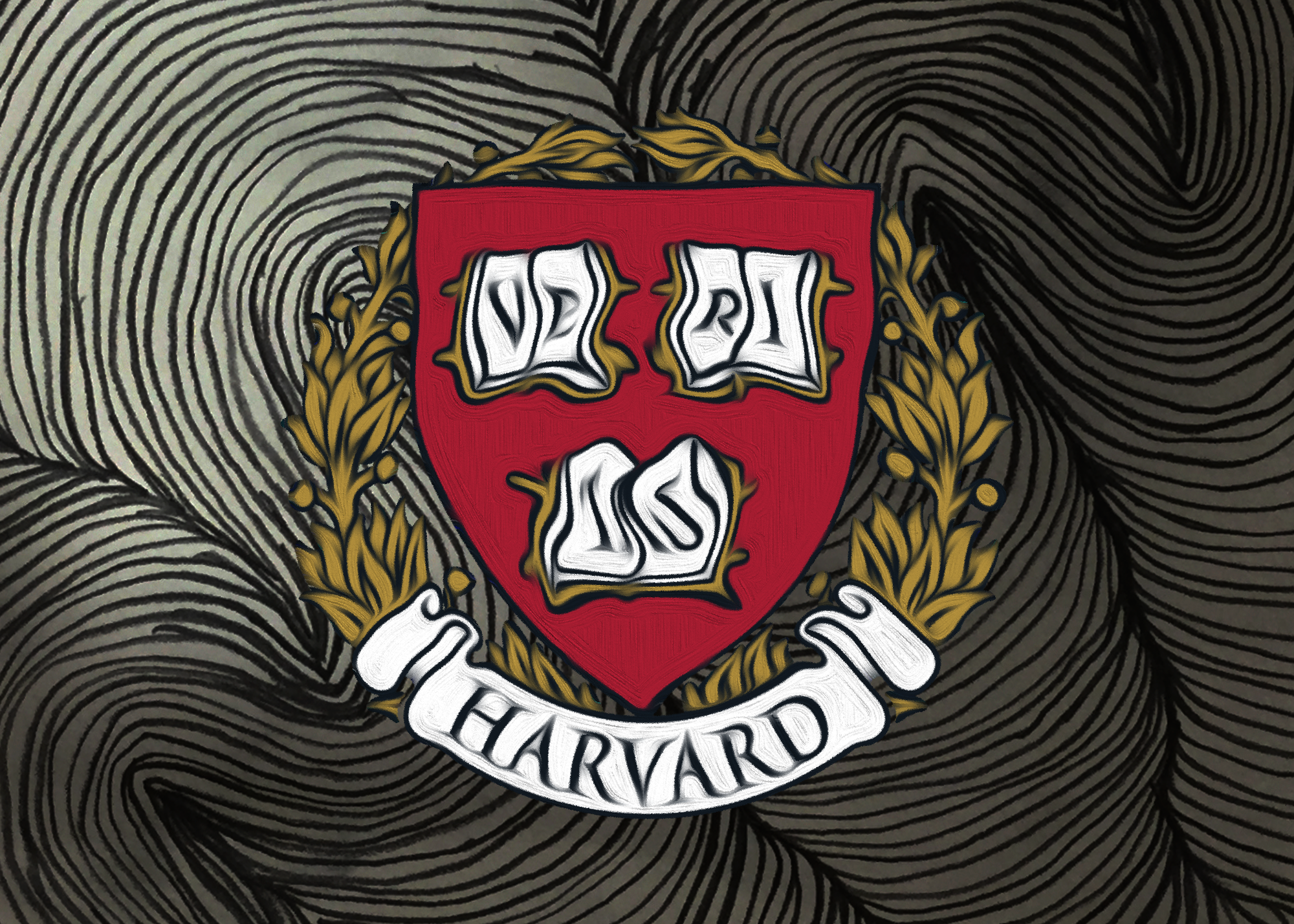 The line between Harvard and me becomes ever more murky, and harder to trace. I want to know where it is, where Harvard stops and where I begin.
Advertisement
Advertisement

Toward the end of last year, I started driving lessons with my dad. The family car was recognized by all of the attendants at our local petrol station, each of whom my dad knew by name. Over the years they’d seen me grow up along with the petrol prices.

As I slowly got more comfortable behind the wheel, the usual chorus whistling and shouting “Stan!” became “Stan’s son!” As December went on, the reception grew more rowdy, with each of the attendants signaling fiercely that I should pull up next to their filling tank.

I took it to mean they were delighted in seeing their once “little boy from around the corner” fulfill this rite of passage. But there was something bigger that I only came to understand as I lowered the window.

“Harvard,” the man not that many years older than me greeted me, as though the school’s name had come to stand in place of mine. I smiled an uneasy smile, finished paying for the petrol; we wished each other well, and I drove off.

For all of December, I was the only person I knew of coming to Harvard from South Africa, and, in turn, I was to everyone in South Africa the only person they knew going to Harvard — which is to say, I became Harvard. There is only really a mystical idea of this place from beyond its borders: of a half-real, half-fictional land where divine wisdom descends upon you as you enter and exit lecture halls. Without knowledge of the school’s financial aid scheme, people speculated endlessly about the wealth of my parents, for them to be sending me here: to them, Harvard’s much-publicized 3.13 percent acceptance rate read as an extension of the Wall Street one percent — both exclusive, both new-age aristocratic.

Due largely to statistics like these, the story of my acceptance ran faster than I could catch it — to TV anchors intent on soliciting my oath in front of the country that I’d go get my degree and return, to radio producers determined to be the one on whose air I’d divulge “the secret to getting in” — so fast that I hardly stopped to think about whether I was accepting the offer; being accepted into Harvard quickly became going to Harvard. In the moment I enjoyed the thrill and the pomposity of it all, mostly because I felt certain that my 15 minutes of fame would last only until I was surrounded by my new classmates, each ready to shake off their local tag as the Harvard kid.

A few months had gone by, and a friend of mine I hadn’t caught up with in a while said to me in between sips of her iced coffee: “I’ve been thinking a lot about you, about Harvard, about how over these months the two have kind of become one.”

It had been a while since I’d made eye contact. I played with my ring, and she could tell that I was becoming uncomfortable.

“How do you feel about it all?” she asked, pressing. “Answer me not like how you answer the journalists.”

“It worries me,” I told her. She’d knocked my defenses down. “There’s been this whole buzz, and I appreciate where it comes from, but I don’t know, I think about it and I feel kind of — ”

“You’re worried it’ll follow you, that nothing will match it.”

She cut me off. That hadn’t been where my thought was going, but it very likely was where it was being steered. In my head, I’d overplayed the peace of mind that would come with sinking into Harvard, so much so that I think I’d been dashing away from the other end of that thought — that as much as I pretended to resent it as time went on, the confetti would never rain down on me like it did in those few months. That everything after Harvard would savor of anti-climax, that in the story of my life Harvard was the peak and everything else would be the trough. It wasn’t something that I’d done that was being heralded — a novel I put out, a work of art, a film — it was that somewhere in a deep dark corner of this domineering institution, you’d find my name inscribed in tiny font.

That was me at my least rational, and my most egotistical, or so my friend told me. It didn’t matter if I didn’t believe her, she told me. Soon I’d be so swept up living my new life I’d forget about the arc it was or wasn’t meant to be taking.

On a gray rainy day in September, four weeks into the semester, I waited umbrella-less to board the bus that would take me and those in my literature class to the Museum of Fine Arts, to view its Ancient Greek history exhibit. It dawned on me then that I hadn’t even thought of whether or not I had enough money on my card for the trip, but the professor reminded me that all we needed to do was show our Harvard IDs to the driver and find a seat. I fumbled putting my ID back in my card holder. As I sat, the brown-skinned, wide-eyed 30-something-year old woman next to me exclaimed in a heavy, textured accent: “You go to Harvard? Wow! Congratulations! You must be very sma —” and yelped as the bus jolted forward, cutting her off in the middle of a sentence I’d heard a few times before.

I learned that she was Haitian and that to get back home from work she had to switch buses. She got off at the next stop, but not before checking that she had enough to cover the trip.

Showing our Harvard ID got us discounted tickets at the museum, too. So much of what we saw in that museum should’ve blown me away, but what stuck with me more was how easy it had been to see them. It might have sufficed to say that we were students and students could afford less, but then there is the unbridled excess of wealth one encounters at this university. More than existing wealth, though, is the promise — almost security — of future wealth.

“Wouldn’t it be so cool to curate an exhibit at the MFA and just do that for a living?” I overheard one classmate say to another.

“Why do that when you could work for the banks and buy the MFA?” was the response.

Stick your head in any door on this campus and you’re likely to find some remnant of that same dialogue — passion versus the banks. Lost in that conversation is the absurdity of our assurance that, worse comes to worst, there will be a high-paying corporate desk waiting for us to slip into if we so choose. As absurd as it is tone-deaf. The doors of the local bus and the New York consulting firm alike swing open before us, without much of our own doing, and walk through them we may. Before it occurred to me to think of what it meant that my seat on the bus came at no cost, I walked to it unquestioningly. I’m scared to think of what it might mean to sleepwalk into the many other doors the afterlife of my Harvard ID will steer me toward.

Within Harvard, I can be the social-science-slash-humanities kid who has big dreams of using his Harvard degree: not to deepen the pockets of those on the top floor of the high-rises, but to think of making something of myself back home. The further out of the much-alluded-to Harvard bubble I go, the more colors that picture of me loses. To that Haitian woman on the bus, she paid for her ticket, and I didn’t; for all she knew I was midway my climb up the ladder of finance. To her I was the elite one; I was the tone-deaf one; I was Harvard.

I thought of my beginning here as the great untangling. I thought I’d be able to set myself free from the conflation of self and school — I wouldn’t be the Harvard kid, because there would be no Harvard kids, just kids. Within these gates that was true. But there was a new identity in being a Harvard student in Cambridge, in Boston, in America — with its own set of preconceptions, its own intricacies. I had no way of knowing what those were, and I only learn when I do something as unthinking as taking the bus. I only knew of Harvard from afar; as I see it up close, the heights become more dizzying.

At the same time, the line between Harvard and me becomes ever more murky, and harder to trace. I want to know where it is, where Harvard stops and where I begin. Part of the trick, I think, is to look up at the high-rises, yes, but to look in all the other directions too — to look behind and ahead, and, on occasion, to turn the eye inward.