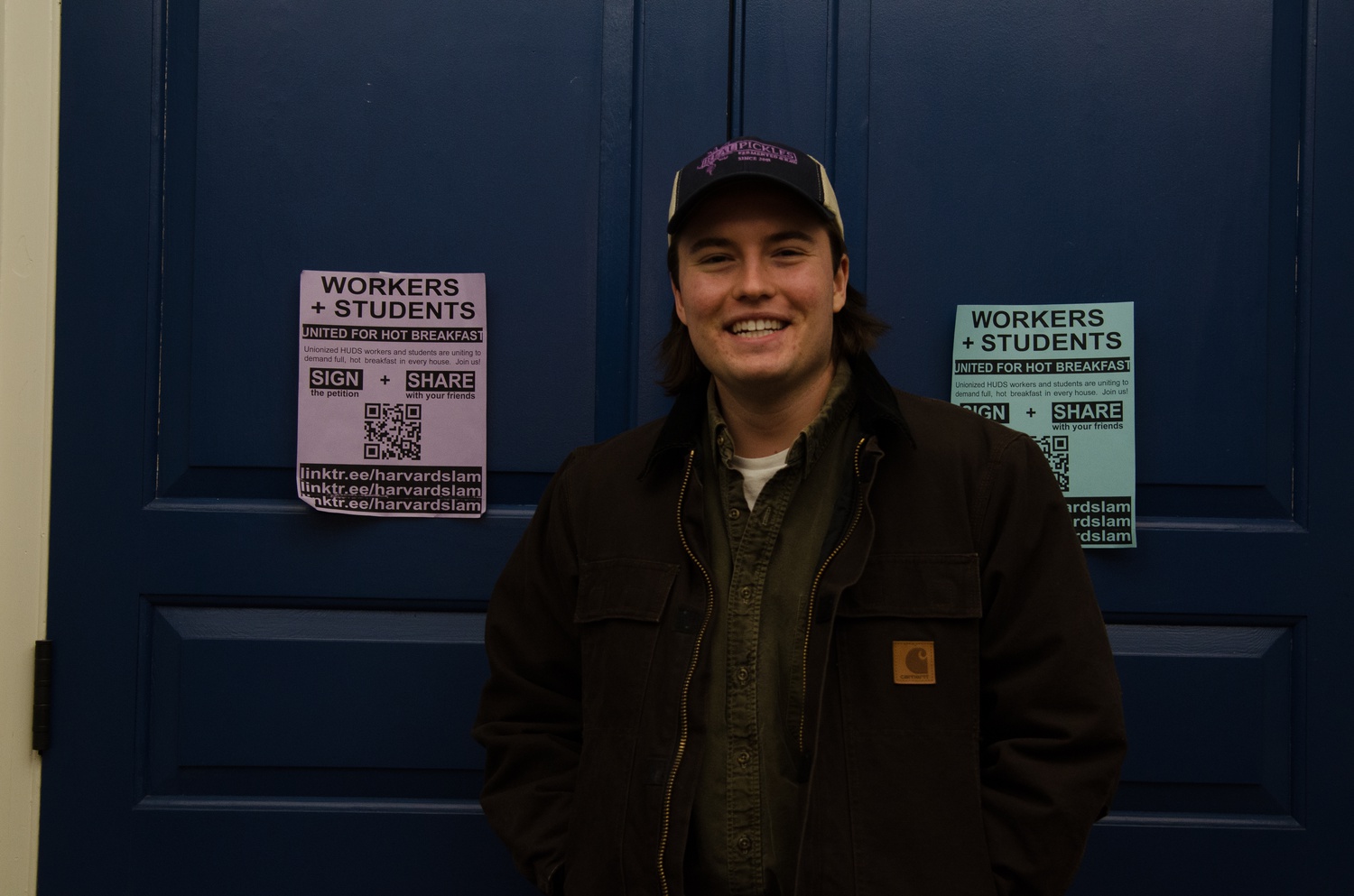 He’s spearheaded undergraduate efforts to advocate on behalf of the Harvard employee unions and pushed reforms to dismantle rape culture on campus.
By Dina R. Zeldin

Will M. Sutton ’23 wants to be a history teacher. This is not hard to picture. I met him twice for dinner, and both times he came wearing flannels and tough boots, carrying an air of burly wholesomeness and a do-good spirit that reminded me of my own high school history teacher.

At Harvard, Sutton’s intended path to the classroom — rather than a stint at law school or a gig at a consulting firm — is unusual. There are those who push him to try his hand at something — anything — else. “I had a professor who I told I was interested in teaching, and they said, ‘There’s a lot of ways to carry on that passion. You can be a teacher in the boardroom, for example.’”

Friends “who know me tend to get it,” he says; they recognize a restless altruism. The History concentrator says teaching satisfies his three criteria for a future career: “that [it] would make me happy, be sustainable, and make the world a better place, in some small way.”

But education is only one of many avenues through which Sutton has tried to live by these ideals. His dedication to bettering the world around him and creating community for his peers led Sutton to campus activism, community jogging, and a seat on the Lowell House Committee.

He’s spearheaded undergraduate efforts to advocate on behalf of the Harvard employee unions and pushed reforms to dismantle rape culture on campus. “I’m always picking fights with the administration; it’s like my whole job,” he jokes. “And it’s well-documented in the pages of The Crimson.”

Sutton spent much of this fall taping up flyers and tabling to garner student support for hot breakfast to be reinstated at all campus dining halls — a collaborative effort between the University’s dining hall workers’ union, UNITE HERE Local 26, and the Student Labor Action Movement. The petition collected over 2,000 student signatures, and the Harvard Undergraduate Association expressed its support in its November email to students.

During the height of the Covid-19 pandemic, Sutton and members of Our Harvard Can Do Better, a coalition of students organizing to end campus rape culture, met with administrators to discuss an amnesty policy for students living on campus who came forward with a complaint of sexual violence during lockdown restrictions.

Though the administration eventually added the amendment after SLAM rallied public pressure, Sutton says that in initial meetings, the administrators “were not really budging, and they were giving us the runaround.” In these instances, Sutton, who otherwise admits he’s a strange face in the rape culture conversation, says he’s noticed that “I can be taken more seriously by male administrators, so I'm interested in leveraging that.”

Harvard has been a unique canvas for his activism. “You’ve got to be critical of the power that Harvard has as the most powerful university in the world,” Sutton says. “From an activist, organizing perspective, I think it's sort of a unique place to cut my teeth because it's Harvard, you know? It's an opportunity to really push the university to lead other universities to be a better community.”

Sutton appreciates everyone and everything, no matter how small. Though he’s spent the most money on chicken quesadillas at Jefe’s, he couldn’t settle on a favorite Harvard Square eatery, his indecision a product of a genuine gratitude for every hole-in-the-wall.

He rattles off the names of several professors and grade school teachers when asked to name just one who made a difference; he can’t pinpoint a single inspiring course but rather appreciates his amalgamation of credits in Indigenous studies, poetry, and religion. He tells me he’d want to have dinner with Assata Shakur — a freedom-fighter whose biography he read after the College awarded him a free copy — or one of the many Black feminist writers and activists who’ve inspired his worldview.

Sutton is also thankful for all who came before him at Harvard. He has stepped into leadership roles out of goodwill and a desire to “pay it back for everything that other presidents have done for me,” he says, knowing the responsibility “wasn’t going to be a cake walk.”

As the vice president of the Running Club, he rallies about a dozen students for daily afternoon runs, a task that gets harder as the weather chills and assignments pile up. Nonetheless, he’s glad to have “cobbled together a community” of joggers that have been there for him since his first month at the College. 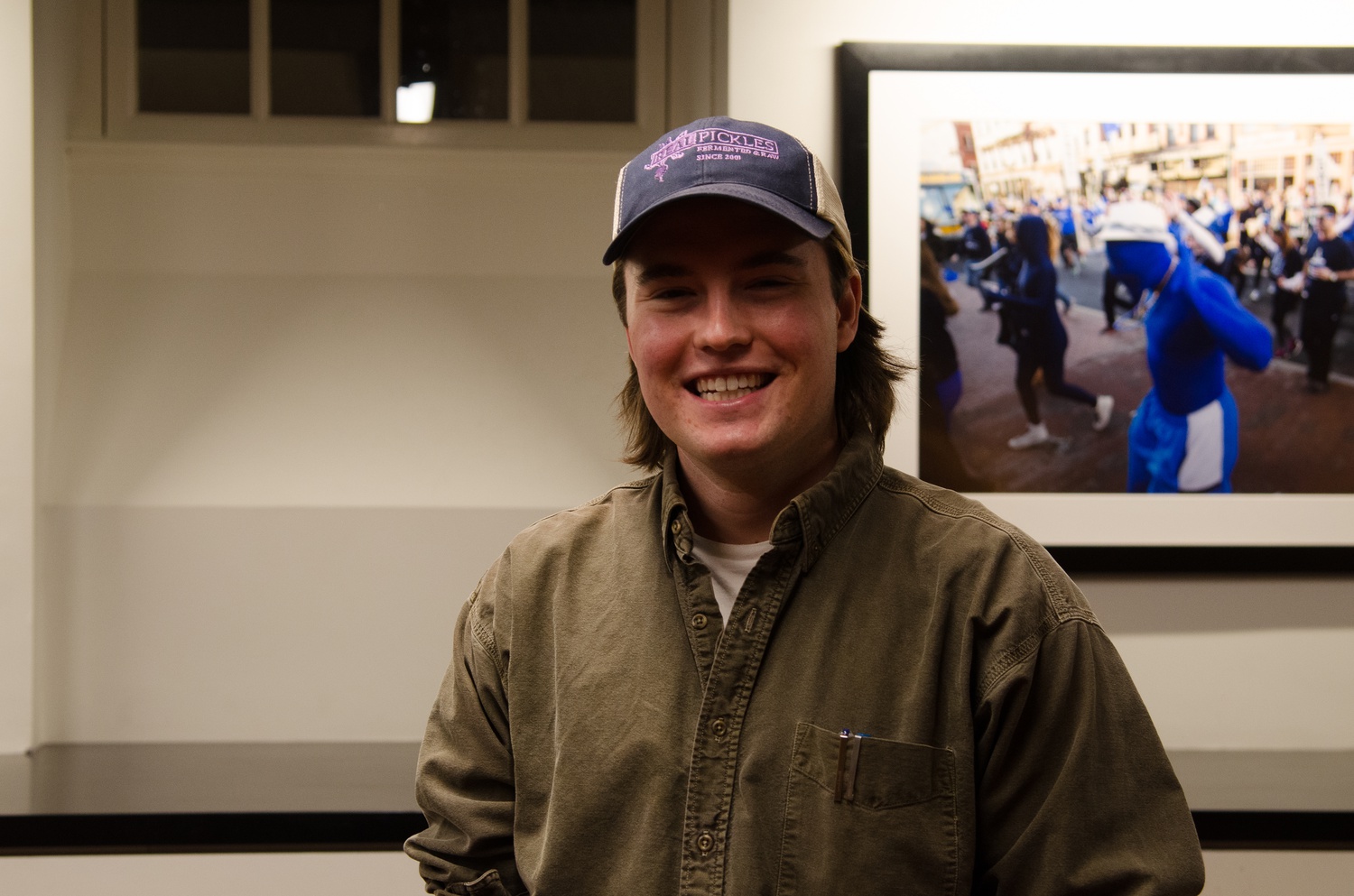 Grateful for the previous Lowell House Committee Stein Chair, who organized events that helped him find his bearing by the River — he had considered transferring to Cabot House before — Sutton also ran for a HoCo seat and became the next chair. Lowellians can thank him for Thursdays at the Museum of Stein Art, Stein Wars laser tag, Liechtenstein, and Fancy Stein.

The driving force behind all these efforts, he says, was “having a real love for each other, because it felt like we were trying to make life better for no particular reason other than it was the right thing to do.”

If you’re still unsure why his peers designated him as their unsung hero, you can also thank him for good homemade memes. Sutton wouldn’t reveal his Sidechat score, but he says he’s unintentionally ascended the leaderboards there as well. Besides rallying the student body for hot breakfast for all, union workers’ rights, and afternoon runs, he’s united us in banter against vegan cheese and final clubs, too.