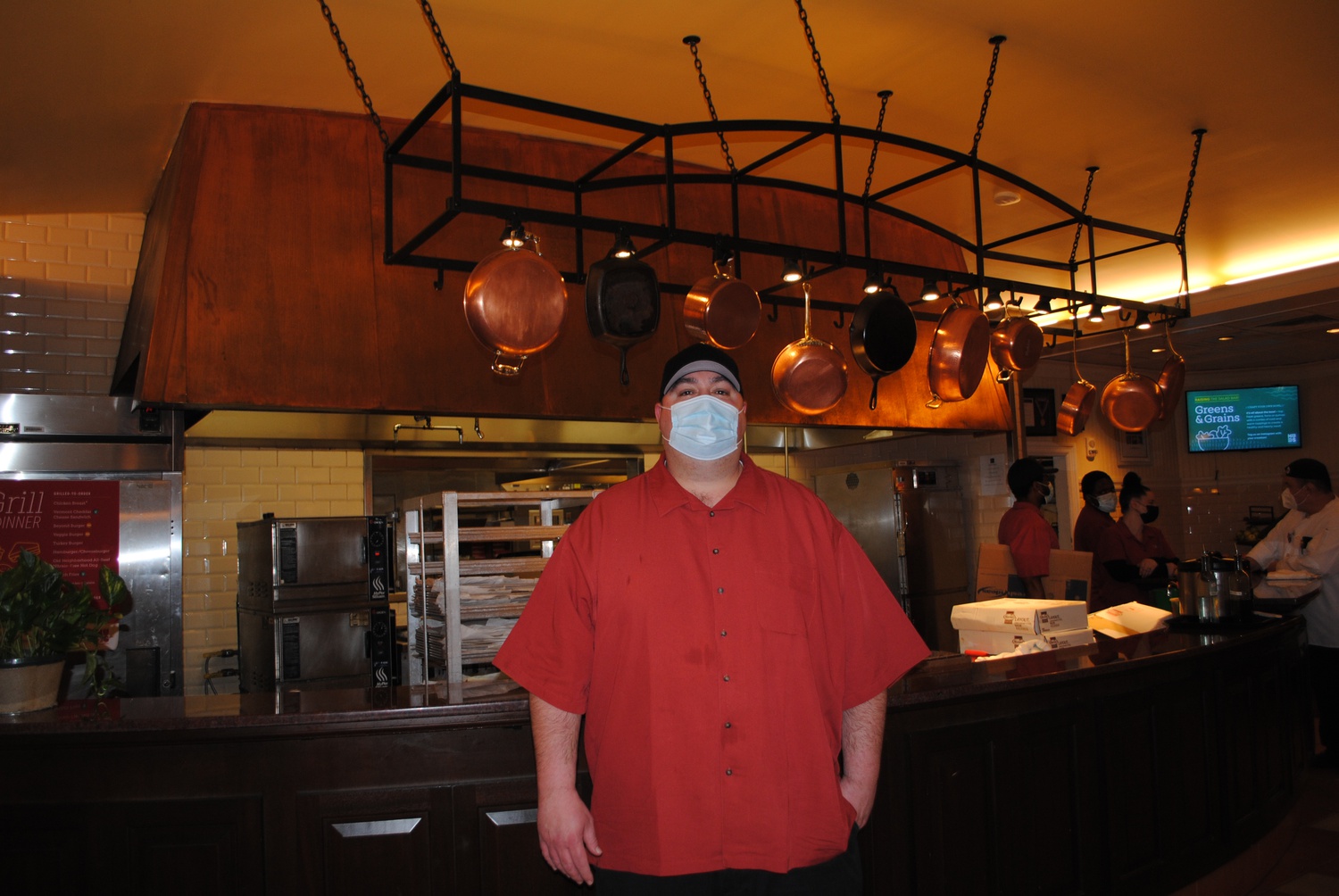 Though Martin says he “would love to stay at Annenberg,” his hours at the Dunster dining hall are more conducive to work-life balance.
By Saba Mehrzad

Despite his early mornings, freshmen say Martin — better known as “John from Annenberg” — always has a smile for groggy students as he swipes their IDs. He remembers their names, befriends them, asks them how they are doing, jokes with them, talks sports, and makes a bustling dining hall more comfortable. He’s become something of a fixture in ’Berg.

Joseph A. Fahn ’25 says that on days he feels too tired to get breakfast, Martin is “a friendly face.”

After 12 years at Annenberg, however, Martin has now moved to Dunster House to work in General Service.

First-year students were saddened to hear about Martin’s departure. “[He’s] a piece of Annenberg that’s not there anymore,” Gavin M. Lindsey ’25 says.

For Martin, this is a bittersweet moment. Though he says he “would love to stay at Annenberg,” his hours at the Dunster dining hall are more conducive to work-life balance. At Annenberg, Martin worked on Sundays and Mondays from 6 a.m. to 3 p.m. and Tuesdays, Wednesdays, and Thursdays from 11:30 p.m. to 8:30 p.m. At Dunster, he now works Monday through Friday from 6 a.m. to 3 p.m.

“Now, as my kids are getting older, it’s tough because I feel like I’m missing out on their activities, being home with my wife, and having dinner every night,” Martin says. “So I just applied for the job, and now it’s great because [I have] more family time.” 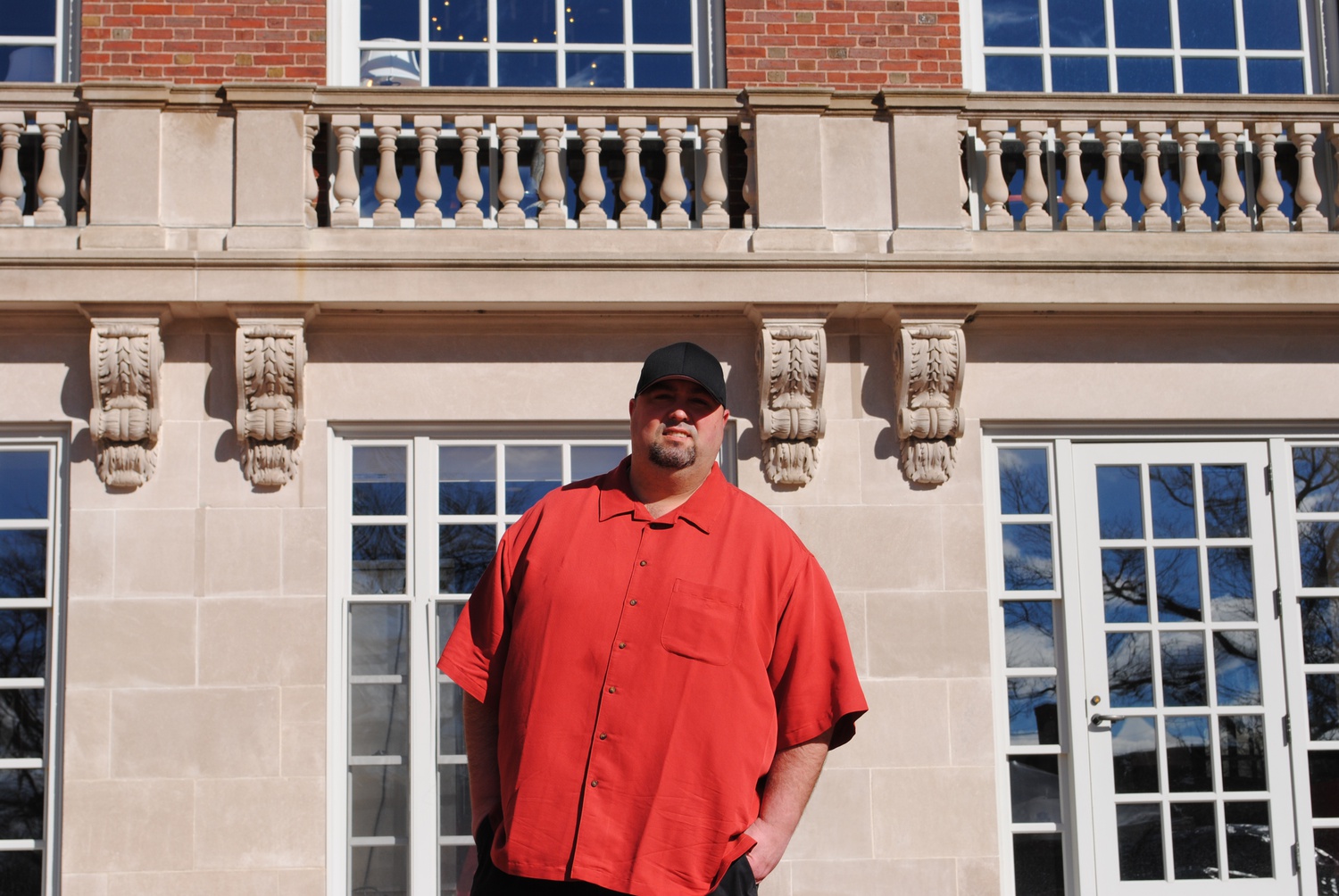 John Martin, long-time Annenberg mainstay, has now moved to Dunster's dining hall, where his new work schedule will allow him to spend more time with family. By Caroline Allen
Advertisement

Martin lives with his wife Erin,11-year-old daughter Kayleigh, and nine-year-old son Jack. Jack swims and bowls in a sports program. His children also play basketball together in a Buddy Basketball program, where Kayleigh is a volunteer and helps Jack and other children play.

Martin says he’s now more “available” as a husband and a parent and doesn’t have to cram all his family time in his day off because of this schedule change.

“It would really eat me away when I had to be working at Annenberg till 8:30 at night,” he says. “I come home and everybody’s sleeping. It wasn’t a good feeling after doing it for so long.”

Now that Martin has moved to Dunster, he has more time on the weekends to spend with his children. He is an assistant basketball coach for his daughter Kayleigh’s basketball team, and he can now attend every game. “I’m really excited about that,” Martin says.

Martin considers his children whenever he interacts with students. “I try to think, ‘How would you want your kids to be treated?’” he says. “But I also enjoy it. I don’t just do it because this is my job. I’m doing it because I truly enjoy getting to meet you and your fellow classmates.”

Although freshmen will miss Martin, his good spirits and genuine interest in creating personal connections with students will be remembered for years to come.

Vincent D. Kafer ’25 hopes to see Martin more often next year. “Seeing him go to Dunster makes me hope that I get put in Dunster on housing day,” he says.