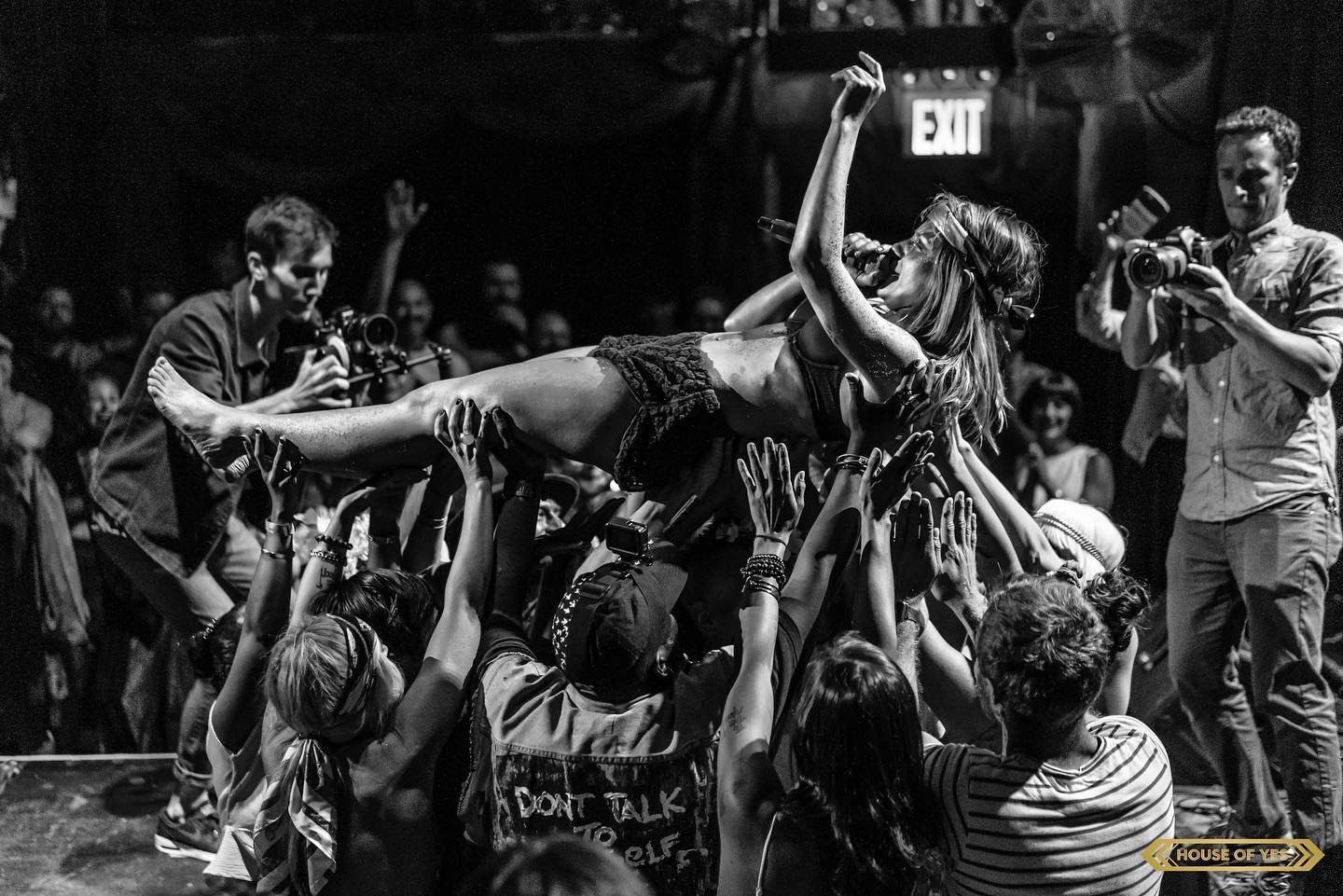 Lindsay Sanwald is a Divinity School Student, surfer, and indie rock artist. By Brynne Levy for House of Yes. By Courtesy of Lindsay Sandwald
Advertisement
Advertisement

Lindsay Sanwald, Her Loop Pedal, and Her Surf Board

A Masters of Divinity candidate graduating this spring, Sanwald lets her spirituality manifest in a variety of ways: the psychedelic indie-rock one-woman show she performs under the stage name Idgy Dean,; the Patreon account she runs to offer sermons, spiritual guidance, and meditation to monthly subscribers, and, as of late, surfing.
By Sarah W. Faber

“Whenever people ask where we surf, I always give this smug answer, like, ‘um, the ocean,’” says Lindsay Sanwald, president and founder of the Harvard Divinity School Surf Club. A Masters of Divinity candidate graduating this spring, Sanwald lets her spirituality manifest in a variety of ways: the psychedelic indie-rock one-woman show she performs under the stage name Idgy Dean,; the Patreon account she runs to offer sermons, spiritual guidance, and meditation to monthly subscribers, and, as of late, surfing.

She notes that it’s easy to forget, here at Harvard, that we’re on the coast; the Surf Club aims to “co-create a regular relationship with the Ocean” and reconnect with the water through surfing as a meditative practice. The HDS Surf Club has surfed at Nantasket Beach and Nahant Beach in Massachusetts, as well as Hampton Beach and Narragansett Beach in New Hampshire. Sanwald explains that surfing is more accessible than we may think; at most beaches, you can rent a suit and a board for the day.

By her own admission, Sanwald is not the world’s greatest surfer. She laughs as she describes how the overachieving Harvard student in her wanted to give up after she tried surfing and didn’t take to it immediately. But now, she finds something liberating about putting time and effort into something she initially failed at.“I was just like, ‘I'm gonna reclaim this thing I’ve always wanted to do,’” Sanwald says, “And surfing became sort of the most advanced yoga practice I knew. The whole practice is showing up, paddling out, and learning how to be with your fear.”

I spoke with Sanwald — outside, despite some rain and slight chill, at her request to soak up the spring weather — the day before her first gig in Cambridge, a show at the Cantab Lounge in Central Square.

Sanwald has been playing music since she was 12 — she performed in punk bands in middle school, then played bass in a metal band in New Jersey for four years, then drums in a rock band during college at Sarah Lawrence College, where she graduated with a degree in Comparative Literature.

After college, Sanwald decided she didn’t want to pursue a PhD and be a college professor, or a “glorified English teacher.” Instead, she moved to New York City to do what she loves: making music. It wasn’t until 2019, after watching documentaries on Ruth Bader Ginsburg in the wake of the Kavanaugh hearings, that she thought to herself: “I want to go to Harvard, and be like Ruth, and do her thing.”

During her time at HDS, music has been at the forefront of Sanwald’s spiritual study. She notes that she’s written more music while at Harvard than in the several years prior. To support her music career, Sanwald runs a Patreon account, an online service that allows people to subscribe to various forms of artistic content. Sandwald’s account offers what she calls “Abstract Chaplaincy.” Patrons can subscribe to various membership levels ranging from “Lover” for $6 a month to “Renaissance Medici” for $777 a month. The more robust packages — such as “Mystic” for $77 a month and “Visionary” for $111 a month — include weekly yoga and meditation lessons, sermons, one-on-one sessions for spiritual growth, and early access to Sanwald’s unreleased music.

Sanwald explains why she was drawn to the Patreon platform: whereas she used to have to crowdsource funds to produce her music, she feels Patreon affords her a more reciprocal relationship with her patrons.

Sandwald offers a particularly unique listening experience with her newest musical conquest: the looping pedal. The electronic device lets Sanwald simultaneously play multiple instruments because each is playing on a loop, giving her live shows the sound of a full band even though she is the only one on stage.

“[The looping pedal] records back what you’re putting into it, so it has this sort of mantra built into it,” Sanwald says, “but you have to be inventive and creative in how you make that mantra.”

Now, with formalized divinity study in her repertoire, Sanwald is looking forward to connecting with audiences during her performances.

“I’ve intentionally been studying divinity, and to now bring that to this thing I’ve [been doing] for such a long time — I’m so excited,” says Sanwald about her upcoming performance at the Cantab Lounge, smiling. “I can’t wait to see what happens, because it’s gonna be so vulnerable. It’s so messy, so human, but also just my truest divinity as I know it, which is being in the altar of all the accidents and miracles.”

— Magazine writer Sarah W. Faber can be reached at sarah.faber@thecrimson.com.