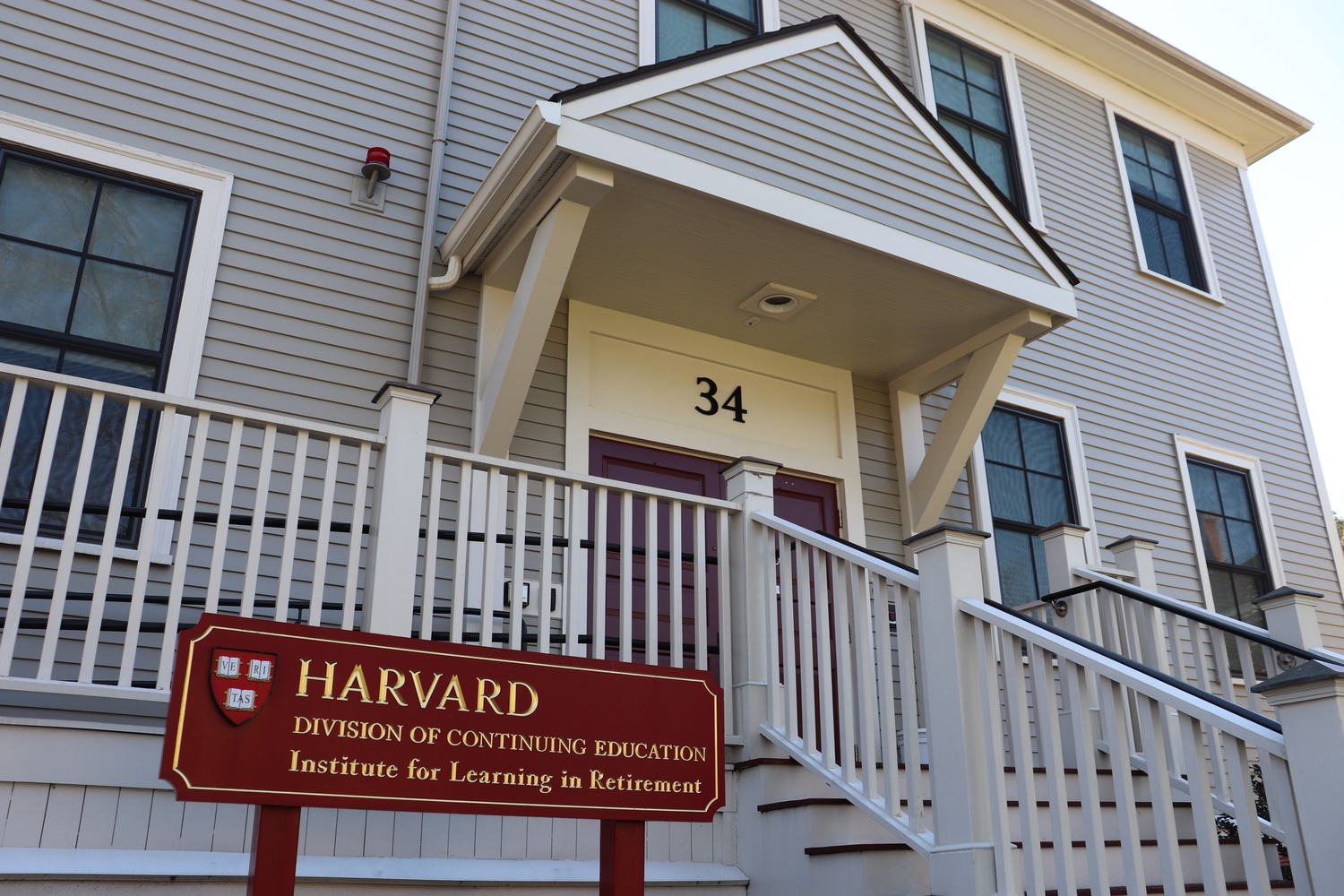 At the Harvard Institute for Learning in Retirement, retired professionals seek to broaden their minds through a classic liberal arts education model. By Truong L. Nguyen
Advertisement
Advertisement

Where the Learning Never Stops

The student body at the HILR is composed of retired professionals seeking to broaden their minds together through a classic liberal arts education model. The 550 students lead and attend the more than 120 peer-led courses and enrichment activities that the program offers.
By Kya I. Brooks

When the Harvard Institute for Learning in Retirement prepared to put on a production of “The Tempest” at the Cambridge Public Library Auditorium, Helen E. Bakeman, a student at the institute, was unsatisfied with the minimal roles for women in the play. She wanted to audition for a riotous character — someone novel and thrilling. So she tried out for the role of Caliban, the villainous son of a witch.

“I thought ‘No, I want to play a teenage monster boy,’” she says, adding, “And where else are a bunch of 70-year-olds going to be able to get parts and play as teenage boys? Nowhere else.” During the audition, she mimicked Caliban by jumping and running around onstage. Ultimately, she says, “I made a total fool of myself and got the part.”

Reflecting on her theatrical endeavor, Bakeman remarks, “Caliban is rough and gruff. He gets drunk in the play. He recites poetry. He’s brazen…It was the last Shakespeare play I think I will do, and it was the most fun I’ve had in years.”

Like most students at the HILR, Bakeman began taking courses after she retired from a varied professional life in project management as well as social science research and consulting. A self-proclaimed workaholic, she didn’t want to marinate in her sudden free time without a sense of purpose. She saw retirement as a time for rejuvenation, not stagnation, and eagerly immersed herself in the intensive and exploratory learning model of HILR.

The student body at the HILR is composed of retired professionals like Bakeman seeking to broaden their minds together through a classic liberal arts education model. The 550 students lead and attend the more than 120 peer-led courses and enrichment activities that the program offers.

Linda S. Sultan, for instance, rediscovered the joys of reading literary classics through the HILR.

She shocked a young family member when she told them she had read all seven volumes of Marcel Proust’s novel “In Search of Lost Time,” infamous for its length of 4,215 pages.

While Sultan studied literature, Bakeman dived into a course on the Civil Rights movement, then waded into more personal territory by taking courses on immigration. “My parents were Holocaust refugees, so I grew up thinking about immigration, and so I’ve remained interested in it,” she says. In one class, students chose an immigrant group to research and present to their peers. This final project later inspired her to read and research autobiographies written by former African American slaves.

As another intellectual challenge, Bakeman is currently taking a course on Jacob Lawrence, a Black artist who painted “The Migration Series,” which portrays the Great Migration of Black Americans from the South to the North. Art history is a realm largely unfamiliar to her, and she wants to learn to appreciate art on a deeper level. “I go to a museum and I know what I like, but that’s very different than really standing in front of a painting and saying ‘Okay, what am I seeing? What’s it telling me?’” she says, adding, “I think when I go to museums, I’ll do it differently now.”

In many ways, the HILR is an exemplary model of the traditional liberal education that values the virtue of learning for personal fulfillment and growth, rather than for professional development. There are no exams or essays. The HILR encourages students to teach classes of their own. Students refer to these classes as study groups, and everyone contributes to discussion. According to Bakeman, her peers “aren’t afraid in a class to say ‘I don’t think I understood this part in the reading. Could we talk about it a little bit, or could someone explain it to me?’”

David F. Bliss, another student, enjoys the community aspect of HILR’s teaching method. “We don’t distinguish between those who are the teachers and those who are the learners. We’re all learners in a sense,” he says. After a career as a scientist with a Ph.D in material science and engineering, the HILR gave Bliss a chance to shift subject matter and study social science.

“This is a part of my learning experience that I wasn’t really engaged in in my working life, so this gave me the opportunity to indulge in the world culture, the canon of literature that is out there that I had not been able to read or didn’t have time to read when I was working, so it’s really been a wonderful, broadening experience,” Bliss says.

Bliss had the chance to lead a course on evolution, blending the sciences and humanities by focusing on how the theory affected both American writers and scientists. He also co-taught a course on Leonardo da Vinci — while his co-teacher, who was an artist, discussed the aesthetics of the paintings, Bliss analyzed the science and engineering aspects of da Vinci’s notebooks.

Bakeman, too, was inspired to spearhead her own course. She taught a class on the Triangle Shirtwaist Factory fire of 1911, an industrial disaster in New York City that claimed 146 lives, most of them female workers. After first hearing about the catastrophe, Bakeman says she went down a research rabbit hole, looking into the historical forces at the time of the tragedy, including the women’s movement, labor movement, industrialization, and immigration. Bakeman wanted to lead this course “as a way to pull together all these strands of American history,” she says.

Sultan is always impressed by her classmates’ enthusiasm and preparedness. Ten minutes before each class begins, she says everyone has already arrived, ready to discuss. “It’s much better than undergrad. I think partly because we have the time to do it, but, you know, it’s so much more interesting at this stage in life because we’ve traveled more,” she says. “We’ve lived longer.”