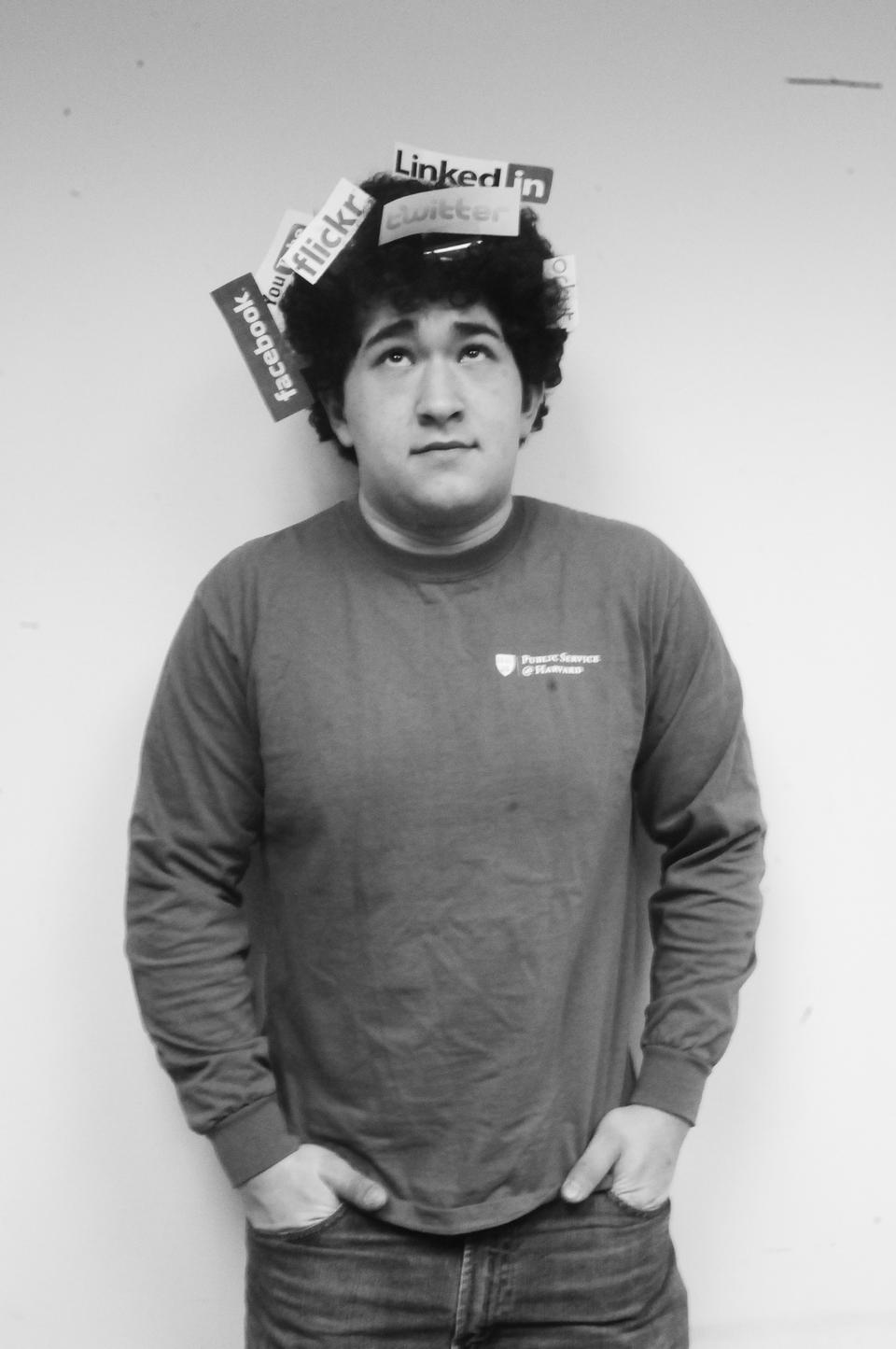 Social media is a lot like the ugly cousin in the family: it’s not me. To be fair, it’s not ...
By David T. Tao

Social media is a lot like the ugly cousin in the family: it’s not me. To be fair, it’s not you, either, because for every Facebook I didn’t invent, there’s a MySpace you utterly failed to dream up. The corporate ranks are filled with drones who weren’t the first to get LinkedIn, and lining the sunny beaches of Rio are thousands of sunbathers who aren’t much for wearing bikini tops and who never got around to creating Orkut.

No, ma’am, social media does not belong to us. We’re just the popularly elected and term-limited mayors of Foursquare, and we can’t do better than renting one of You’s Tubes. The people controlling these platforms are new-money aristocrats, an elite few who wooed venture capitalists and/or dropped out of this very institution, all with historically impeccable timing. They’re making moo-lah like White Castle makes hamburgers: really, really well, and you and I won’t see a dime of that money unless they decide to build their mansions out of dimes. They’re raking in that money from us, and from all our hard work cropping photos so you can’t see the bottles of Jägermeister taped to our hands.

And what paltry seconds will we get out of this? The ability to be active participants in the growing technological utopia? A new dawn of political transparency? Closer friendships, the ability to reconnect with our hottest flings, and business connections that might—might—lead to a lucrative career? The only guarantees in this world are the ones on these sites’ setup pages, as the industry begins standardizing privacy settings to protect users. Basically, we should be mad as hell.

Yet like all good things in life, my disappointment with social media has run its course. Sure, these sites got us hooked because everyone around us was hooked, and in the midst of the ensuing frenzy we uploaded all our personal information, only to have it sold to advertisers by the kilo. The Zuckerbergs of the world might have set out to create systems to connect people, but in the process they commoditized identity and began trading in our Jersey Shore-sized senses of self-worth.

But I think that’s kind of what we wanted all along. Never before has it been so easy to be seen, and never before has a generation felt they had so much to say. These internet oligarchs might have some ethical kinks to iron out, but what’s more important is that they recognized our need for expressive outlets and then gave them to the masses. We drank their new media Kool-Aid, and while their systems aren’t perfect, who are we to judge inventors for taking some license with their creations? Our generation’s main contribution to society thus far has been self-promotion, at least until my roommate gets through med school.

The majority of us who aren’t 6’5”, jacked, and Winklevi don’t have a whole lot of claim to the social media pot of gold. At the same time, however, these sites would be nothing without us and our incredible knack for complaining, 140 characters at a time. Imagine a Blogger without hipsters or a Flickr without drunks. They just wouldn’t work. Ideas were sparked, stolen, and used, but at the end of the day the same demographic that made “Gossip Girl” a hit also catalyzed one of history’s great communicative revolutions. We’re talking to more people in more ways than most ever thought possible, lighting up forums and flocking to the news like it’s free burritos. For a generation of individuals obsessed with taking photos of themselves in bathroom mirrors, the collaborative effort has been nothing short of stunning.

Thanks, folks, I’ll be here all semester. Possibly longer if my thesis doesn’t magically conclude itself.

Speaking of my thesis, I gotta run. It’s going to take all weekend to tweet this sucker, and that’s not even including the footnotes.