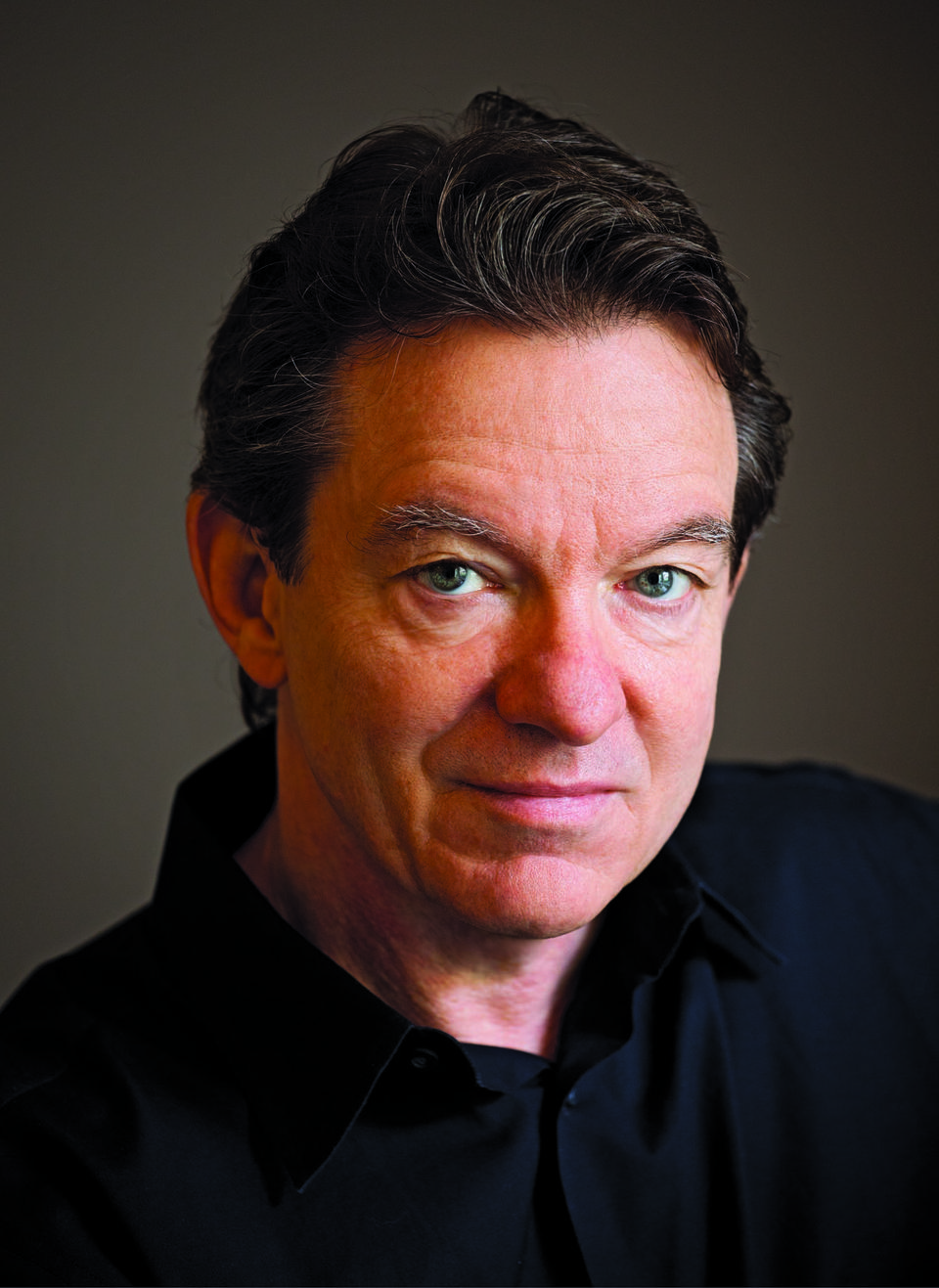 Lawrence G. Wright is known for his controvercial work on al-Qaeda and Scientology
Advertisement
Advertisement

Lawrence G. Wright has traveled all over the world, but he still speaks with a Texas twang. On Jan. 31, the Pulitzer Prize-winning author spoke at the Brattle Square Theatre about his latest book, “Going Clear: Scientology, Hollywood, & the Prison of Belief.” Between several book talks and a trip to London, FM caught up with Wright over the phone to ask him about his career and the controversies surrounding his new book.
By Megan B. Prasad

Lawrence G. Wright has traveled all over the world, but he still speaks with a Texas twang. On Jan. 31, the Pulitzer Prize-winning author spoke at the Brattle Square Theatre about his latest book, “Going Clear: Scientology, Hollywood, & the Prison of Belief.” Between several book talks and a trip to London, FM caught up with Wright over the phone to ask him about his career and the controversies surrounding his new book.

1. Fifteen Minutes: How did you first become interested in pursuing writing as a career?

Lawrence G. Wright: It happened when I was in ninth grade in Dallas, Texas. I had an English teacher who would write little essays, which I thought were delightful. It was the first time I really considered the possibility that writing could be my life.

2. FM: You’ve written magazines features, screenplays, stage plays, and books. How does your writing style vary throughout each medium?

3. FM: What was it like conducting research for “The Looming Tower: Al-Qaeda and the Road to 9/11”?

LW: Writing “The Looming Tower” was more of a mission than just taking on a book. I had co-written a movie called “The Siege” with Bruce Willis and Denzel Washington and it prefigured a lot of what happened on 9/11. I had lived in the Arab world, so in some ways I was not uniquely qualified, but unusual in terms of my experiences. I thought I should go and try to find out what had actually happened. I really wanted to get it down and get it right. Writing that book taught me a lot about journalism and how to write that kind of book.

4. FM: You taught in Cairo for two years when you were much younger. Did your experiences in Egypt influence your writing of “The Looming Tower”?

LW: The culture wasn’t that exotic to me; I’d lived in it. I felt like I could write more authentically about the personalities, especially Al-Zawahiri, al-Qaeda’s number two guy at the time. I felt like I was much more acquainted with those personalities than a lot of people would have been because I had taught there, had a lot of Egyptian friends, and loved the culture.

LW: When I finished “The Looming Tower,” a lot of people asked me, “What was it like to talk to those people and what were your experiences?” I realized I hadn’t processed that thought myself, and I hadn’t really had time to sit down and think about how the experience had changed me. I decided that this would be a way for me to explore these questions as well. I like the intimacy of theatre. I call what I did nonfiction theater. This was really a blending of documentary filmmaking with the actual theatrical experience.

LW: Why do people join Scientology? What do they get from it? Why do they leave?

7. FM: What prompted you to write about Scientology?

LW: In America we can believe anything that we want, and in a lot of countries that’s not true. In America we have so many different religions, and we are constantly inventing new ones. I had written a good deal about religion in the past. I’ve written about the Amish and the Mormons, the Southern Baptists and the Pentecostals. I’ve really done a lot of writing about religion because I think that religion is much more accountable than politics in terms of shaping actual behavior and changing society. I was interested in Scientology for years, and I was looking for a way to get into the story. When Paul Haggis talked out, I thought there—that’s my way in.

8. FM: The book hasn’t been released in the U.K. because of a libel review. Do you think that the suit will be dismissed and your book will be distributed soon?

LW: I hope to get a British publisher. I have a meeting with Penn International tomorrow. They’re trying to get the libel laws changed because in the U.K. it’s so restrictive. It’s very difficult for people to have access to information about organizations or personalities that might be doing things that are really sinister. Under the libel laws, people don’t have access to that information. For example, there is a British journalist named David Walsh who did an investigative report on Lance Armstrong and had many witnesses that Lance had been doping despite his denials. They published that information and Lance Armstrong sued in a British court and won. Now we know Lance was lying, but that reporter and the newspaper that published it paid dearly for telling the truth in a country where those freedoms are not very well protected.

9. FM: Church of Scientology officials have declined to speak with you despite your persistent efforts to contact them. What do you hope to gain by arranging interviews?

LW: When you are reporting you always want to get everyone’s perspective. That’s the first law of journalism: Talk to everybody you can. But you can only talk to the people who are willing to talk. I would have loved to have more inside information from the Church to convey to my reader. It was very frustrating to me that they denied me the chance to speak with upper level executives.

10. FM: You spoke with over two hundred people for your book. How did you go about finding sources?

LW: When I start a project, I take a yellow legal pad and I write down the names of the obvious people that I should talk to. When I talk to them I ask who else should I talk to and they give me other names of people I haven’t heard of or hadn’t thought of. The roots go deeper and deeper into the soil and eventually you run out of names.

11. FM: What role do you think that celebrities involved in Scientology like Tom Cruise have in spreading the religion?

LW: I think that for celebrities, in particular Tom Cruise, there are moral responsibilities to examine what’s happening inside the Church. There’s no telling how many people have gone into Scientology because of their example. There are very few ways that you can change Scientology. The only way that occurs to me that might be effective is if celebrities that have been exploited by the Church actually begin to take stock of the organization and demand change themselves. Otherwise, I don’t see any way to change Scientology.

12. FM: Many of the books that you’ve written have been centered on controversial, hidden groups like al-Qaeda and the Church of Scientology. What was it like reporting on these topics and then facing the controversy after you published your books?

LW: When you write about a controversial subject like Scientology, you are going to be attacked. I knew from the very beginning that I would have to defend my work, and I’m happy to do that. I’m proud of it. But I knew that they would try to find any weaknesses that they could. A lot of what you’re hearing from the media is that the Church is unhappy [with the book]—and they are likely to be. I am defending my work against the onslaught of the attack that the Church has been launching against me. I expected that.

13. FM: What are some of the next topics you hope to write about?

LW: I’m in the market. I’m frustrated because I wish I had the next project in hand, but right now I’m looking at some different possibilities. I’ve got three plays that I’m working on. One of them just started rehearsals this week. It’s about Oriana Fallaci who was like the most famous journalist in the world. Then I have a play about captives. Then I’m going to London because I have a reading of a play called “Saturday.” So I have a lot of that going on.

14. FM: Outside of writing, what are some other things you do?

LW: I took up the piano when I was 38-and-a-half, and I’ve been taking lessons since. It’s terrific. I wish I had played music all my life. But I’m glad, at least, that this later part of my life is just full of music.

15. FM: The New York Times has reported on your commitment to preserving long-form narrative journalism. What are some of your favorite long-form pieces you’ve written for The New Yorker?

LW: I grew up reading The New Yorker and I idolized one of the writers that wrote for it. One of the biggest moments of my life was when I actually got a job at The New Yorker. You know when I was working on “The Looming Tower,” The New Yorker underwrote a lot of my articles that became sources for my book. I could never have done it on my own. It was very expensive. I went all over the world. That kind of commitment is very hard for a magazine to make, but I was really lucky to have The New Yorker behind me.