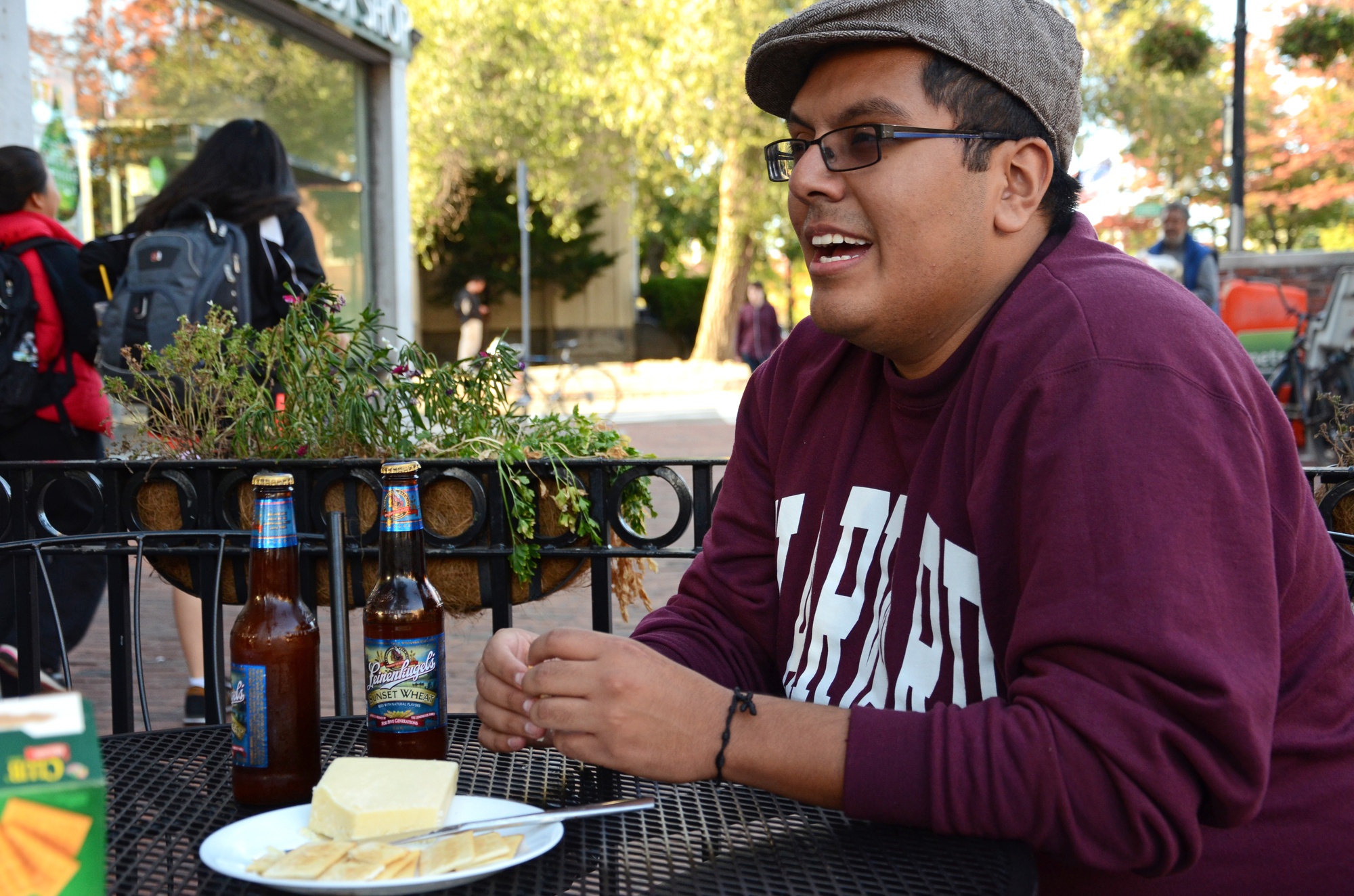 I had originally planned to attend a Wisconsin Club meeting, but the group does not schedule organized gatherings, per se—more on that later. I needed another Wisconsin-related venue for the interview, and with an understanding of the state based mostly on “That 70’s Show,” only cheddar cheese and cow-tipping came to mind. Cheese was the more legal option, so I chose the deli for our venue.
By Maia R. Silber

The afternoon sun outside Cardullo’s aims right into my eyes, so that I have to squint to spot Fernando R. Espino ’15, president of Harvard’s Wisconsin Club.

I had originally planned to attend a Wisconsin Club meeting, but the group does not schedule organized gatherings, per se—more on that later. I needed another Wisconsin-related venue for the interview, and with an understanding of the state based mostly on “That 70’s Show,” only cheddar cheese and cow-tipping came to mind. Cheese was the more legal option, so I chose the deli for our venue. 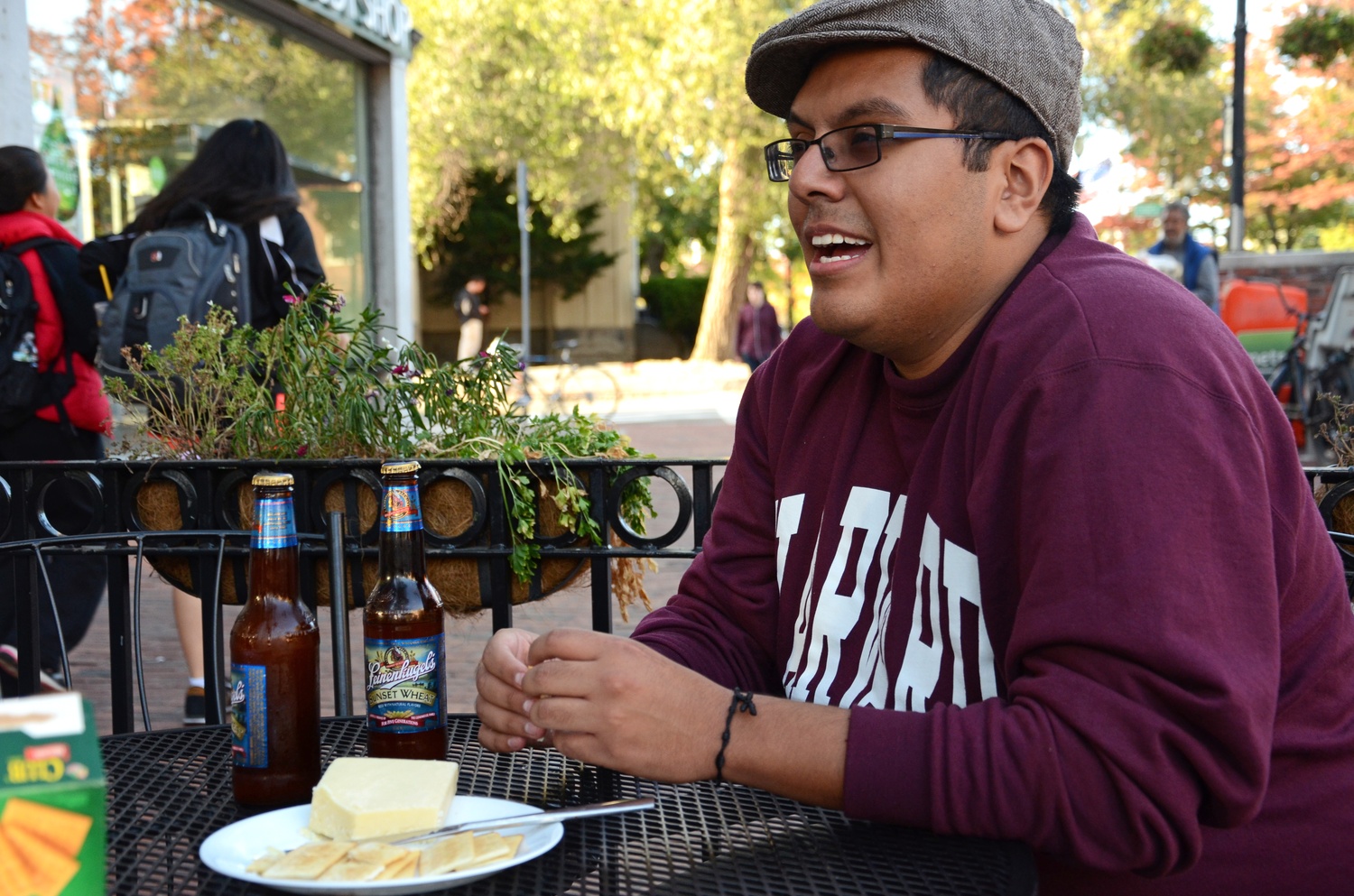 Luckily, Espino, who arrives a few minutes late wearing a Harvard sweatshirt and a gray fedora, does not seem offended by my stereotyping. “I try not to go to the cheese section of stores,” he says, “because I will buy it.”

Cardullo’s cheese section contains plenty of Italian goudas and French bries, but its only American varieties hail from Vermont. We eventually settle on a Canadian brand of cheddar, which, without its “La Quebec” label, will do. To ensure authentic Wisconsin-ism, Espino suggests that we walk over to C’est Bon to buy a six-pack of Leinenkugel’s Sunset Wheat, whose label assures us that it has been brewed in Chippewa Falls, Wis. for five generations.

On the way to the liquor store, Espino promises that the brewery, founded in the late 1890s and now owned by Miller, remains true to its “Wisconsin essence.” It reminds him of fall at home.

Once we’ve laid out the cheddar, crackers, and beer, I’m a bit skeptical. Doesn’t cheese go better with wine? I ask Espino whether cheese and beer make a conventional couple in his home state.

“Yes!” he says eagerly, as the first slice of cheddar collapses into a pile of crumbs on his cracker. “But they’re usually paired with a third thing, which is hard to find on the East Coast. Have you ever heard of bratwurst?”

I have not. Espino explains that the German word refers to a hot dog-like thick sausage, often cooked in beer. 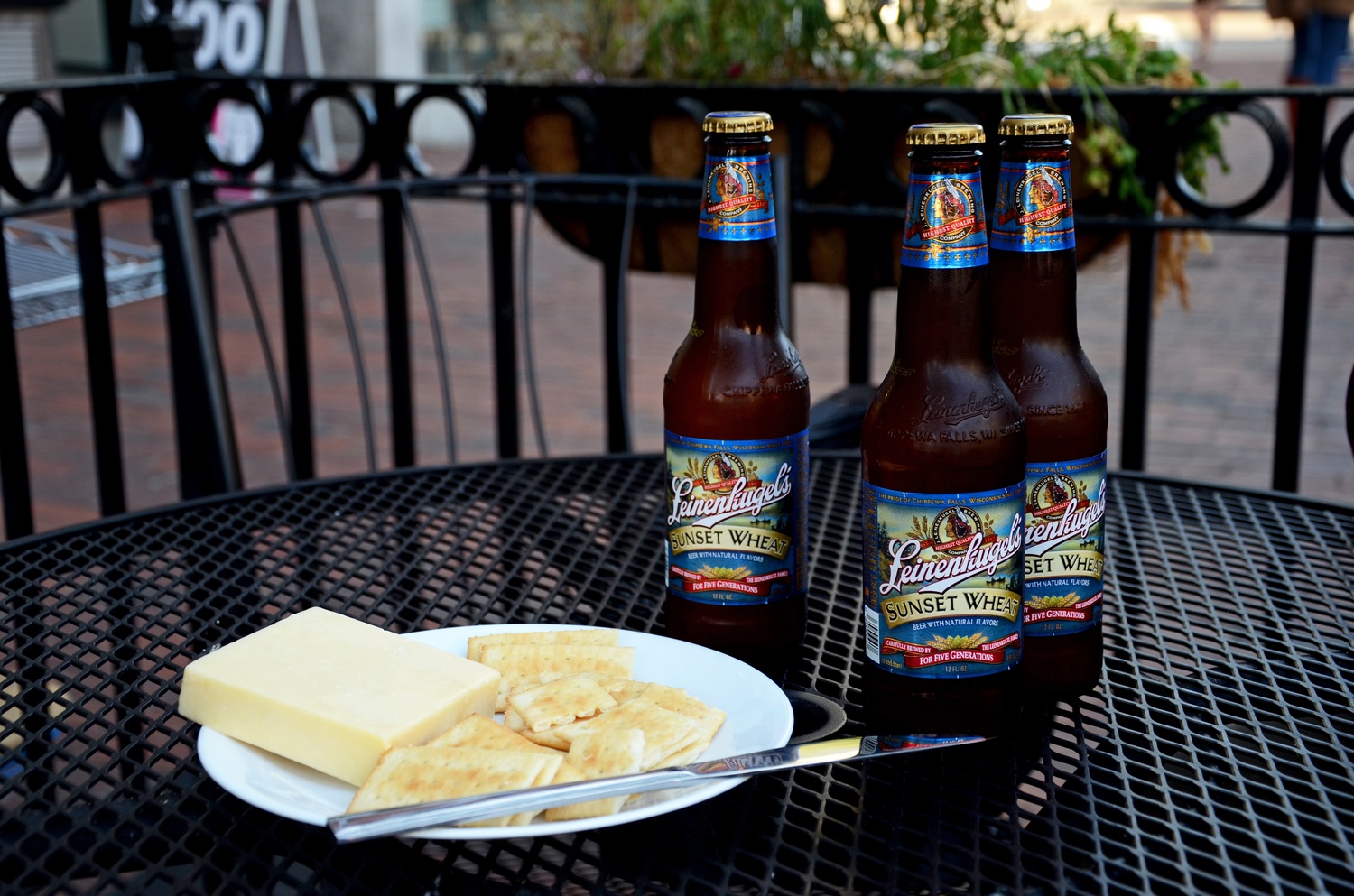 “Sometimes the bratwurst have cheese in them,” he says.

Cheese, beer, and bratwurst are typical fare at Packers games. The community-owned football team dominates social life in the state.

Going to a Packers game, says Espino—who otherwise prefers ballroom dancing—feels more like celebrating a birthday party than watching a football championship. “It’s like you’re at a family event, except your family is 80,000 people in a stadium or 15 strangers at Harvard.”

Indeed, meet-ups for Packers games at sports bars seem to be the primary activity organized by the Wisconsin Club, whose members converse over an e-mail thread called “CheeseChat.” Espino shows me a sample discussion:

Da Bears still suck. That is all. Happy holidays!

P.S. For those in Wisconsin, stay warm these next few days. The negative double digit windchills can be treacherous.

Club members attend Packers-related events fairly regularly and get together in other social venues when the mood to reminisce strikes (a Wisconsite friend of mine, who describes a gathering of Harvard students from her home state as a “Wisconvergence,” recently told me that the best part of her day was spotting a stranger in green and gold). But their activities don’t seem to follow any sort of schedule. That, according to Espino, would defy the ethos of America’s Dairyland.

Pausing with cracker in air, Espino meditates: “Honestly, until I got to college I didn’t use this [Google] Calendar thing. In Wisconsin you just didn’t schedule things—you went with the flow.”

The Wisconsin Club, or the Wisconsin ethos, might be a way to counter the demands of busy and over-scheduled collegiate life. “In the Midwest, you don’t have to rush places. You get there eventually,” Espino says.

Our cheese has reached a state of near-total crumble, and Espino has to work on his Social Studies thesis. But I have one more question.

“It’s a thing. It’s harder than it looks and sounds.”