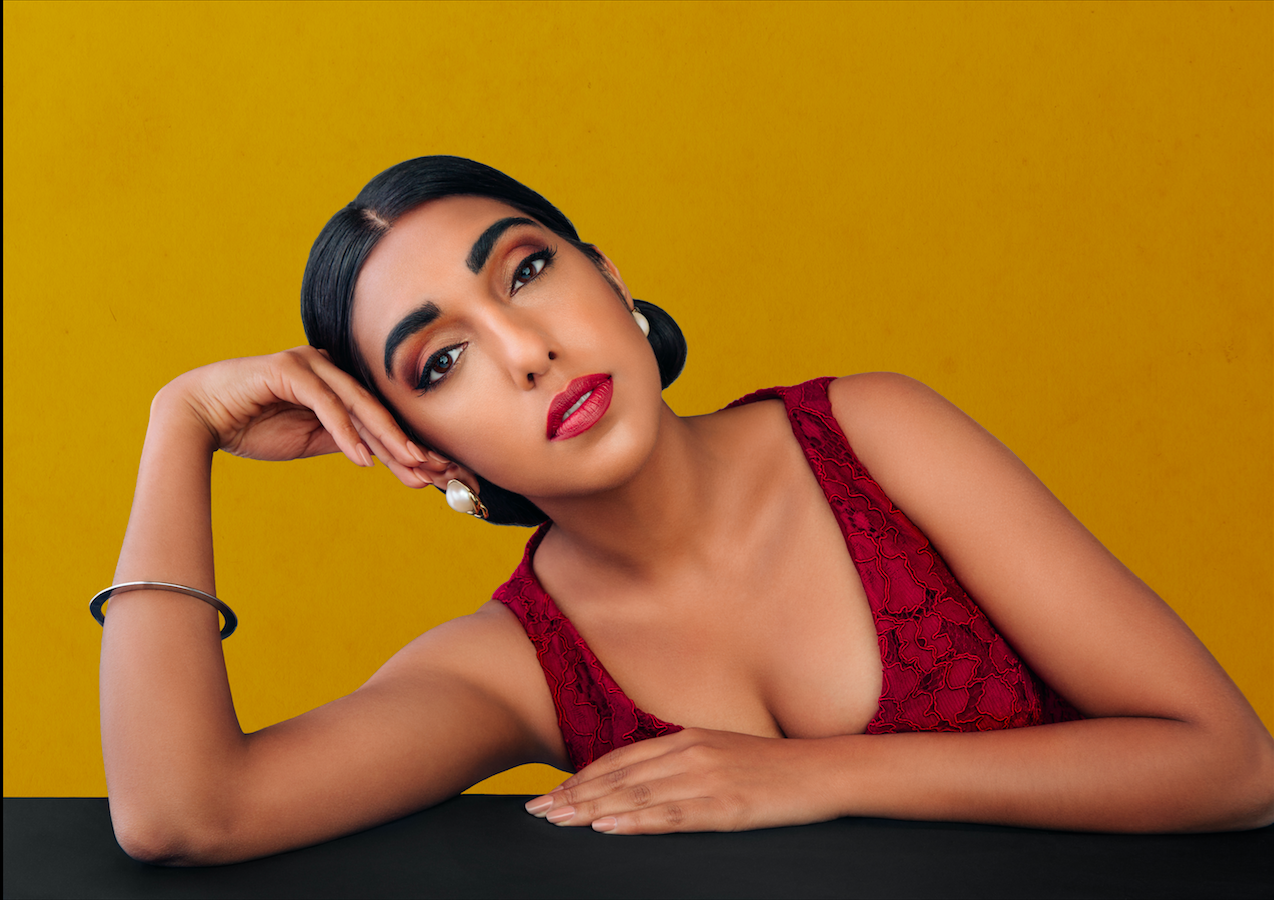 Indeed, Kaur has established herself as a very political figure. She often writes about the immigrant experience and current events, but has also stirred controversy writing about experiences that are not entirely her own.
By Annie M. Goldsmith

Rupi Kaur calls from the departures terminal of an unknown airport. She is about to board a flight to Boston where she will address a sold-out Memorial Church audience. Amid the murmur of conversations around her, announcements about various flight delays, and the laughter of her manager and other members of her team, Kaur takes a few minutes to chat before her flight.

Kaur, a 25 year-old, Punjabi-Canadian poet has become an overnight sensation. Kaur’s first book, “Milk and Honey,” is a simple black-covered paperback filled with short poems and Kaur’s sketches. According to The Boston Globe, the compilation has sold 1.1 million copies and is currently the best-selling adult non-fiction book of the year. It’s sold in most bookstores and on Amazon, as well as in Urban Outfitters. Kaur’s second book, entitled “The Sun and Her Flowers,” was released two weeks ago.

“I guess the major themes are loss—sorry, there are so many people around me,” Kaur says, giggling to someone near her. “I guess the major themes are loss, and then self-abandonment is Chapter Two, and then Three is displacement of people—migration, immigration, ancestry. Chapter Four is more poetry. And Chapter Five is self-expression, empowerment, I guess those are also quite political.”

Indeed, Kaur has established herself as a very political figure. She often writes about the immigrant experience and current events, but has also stirred controversy writing about experiences that are not entirely her own. Her work has received some scathing reviews, like The Guardian’s “Rupi Kaur: The Inevitable Backlash against Instagram’s Favorite Poet” and a 5,000 word Buzzfeed review entitled “The Problem with Rupi Kaur’s Poetry,” which says Kaur has “been accused of plagiarism and criticized for blurring individual and collective trauma in her quest to depict the quintessential South Asian female experience.”

But Kaur defends the blend of experiences represented in her work. “[There was] a lot of focus in the first book about my own life, and what is around me, and ‘The Sun and Her Flowers’ is also about that, but then I write poems about lives that I don’t—you know, things that might be happening in the world,” she says. “Like one example is a poem in Chapter Three called ‘Boat’ and that one is about the Syrian boy who drowned in the Mediterranean Sea.”

Kaur has also garnered criticism for her prolific social media presence, which has prompted multiple news outlets to dub her “The Instagram Poet.” After all, Kaur has 1.7 million followers on Instagram, with a feed that includes her own poems curated artfully with her sketches. She follows zero people.

“I used social media because it was the first thing—it was the only thing—that three years ago, when I was writing, that I had access to. I wasn’t going to get published like anybody else. I wasn’t in anthology journals, magazines,” she says. “But social media was very accessible for me to build my own little world.

Kaur attributes her activity on social media to this accessibility, in that it allows anybody to read her poems. “For me, it goes back to accessibility and who at the end of the day I’m writing for, and it’s all these communities—I think about who I was at the age of 16 or 20 or 21, when I wouldn’t have access to certain things and I want to make sure that there are people, really young readers who might not be able to afford books,” she says. “And so that’s the reason I continue to share all of my new poetry there, and will be sharing ‘The Sun and Her Flowers’ there as well.”

As for being dubbed “The Instagram Poet”? “It’s not something that I like or dislike,” Kaur says. “I think that when somebody says it, it’s like they say, ‘Oh you’re not a poet; you’re an Instagram poet.’”

And with that reply, the line goes dead. I call Kaur back, but she says that the plane is about to take off and she can no longer be on her phone. She did land, though, posting an Instagram upon her presumed arrival. It’s a sketch of her in a Red Sox jersey, accompanied by the words, “Boston It’s a Date.” She geotagged Memorial Church—it’s Instagram, after all.