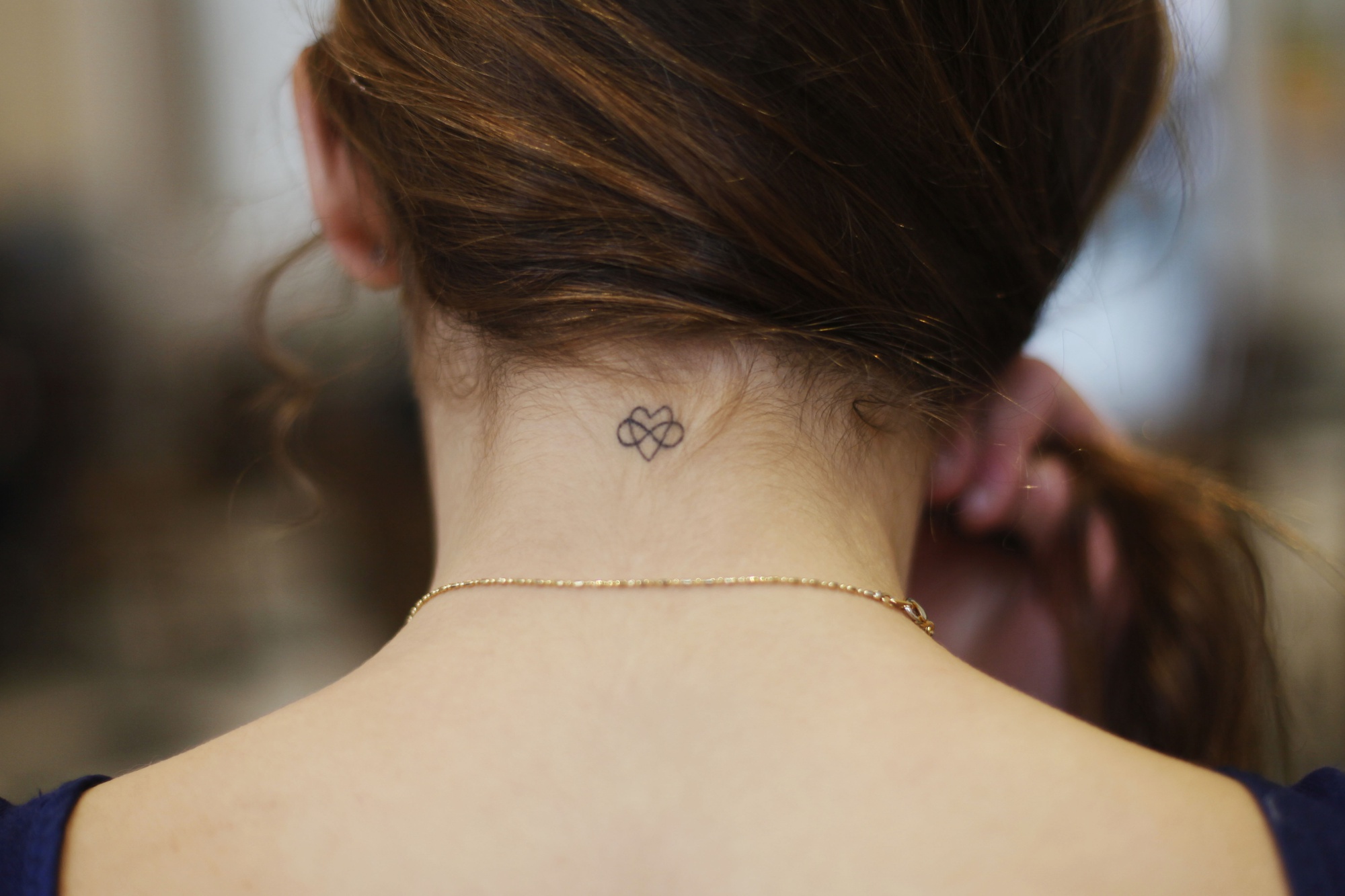 It Takes Two: The Future of Tattoos

People want to be able to understand themselves by just looking at their bodies, rather than stabbing a needle somewhere or having to wear a device all the time.
By Anna Kate E. Cannon

Earlier this year, researchers at Harvard Medical School and MIT created a revolutionary kind of tattoo: one that reads and displays information about the wearer’s body. The research project, called DermalAbyss, uses biosensors that change color according to pH and sodium levels and blood glucose content, opening up new doors for medical research and body modification.

FM sat down with MIT graduate Xin Liu, one of the lead researchers at DermalAbyss, and Felicity A. Lufkin, a professor of Folklore and Mythology who has taught FOLKMYTH 176: Tattoos: History and Practices, to talk about the past and future of tattooing.

Fifteen Minutes: Why did you create DermalAbyss?

Xin Liu: We were very interested in the idea of health monitoring, but we were trying to reconnect the person with their own body, instead of showing the data on a dehumanized device. You want to know more about yourself, but nowadays the common solution is seeing the data on a phone or a screen, which is actually distancing the person from the information they want to see. Instead of doing that, we’re trying to use the human body to present the data.

FM: What’s the most exciting part of the project for you?

XL: I think a very exciting part for us is the attention. We developed this technology from a more human-computer interaction, but because the project is getting so much attention right now, there are people from a more medical and pharmaceutical perspective thinking, “Oh, that actually is interesting.” People want to be able to understand themselves by just looking at their bodies, rather than stabbing a needle somewhere or having to wear a device all the time.

FM: What are some other recent advances in the world of tattoos?

XL: There is a lot of research about electronics and how we can make electronics soft and flexible, as if they are temporary tattoos that we can apply on top of the skin. But in using or truly following the form factor of the ink, I think our project is relatively unique.

FM: What do you think about the DermalAbyss project?

Felicity A. Lufkin: When I first heard of it, I thought it could be a little creepy because of the idea that you could be tracked, identified or categorized through a tattoo. We have enough issues with privacy already. [But] I’ve talked to some of the people who have some of the health conditions that [DermalAbyss] would be useful for, and they said, “No, it’s not creepy, that would be great.”

FM: How have tattoos been useful in the past?

FL: Practices of tattooing are found in practically every known culture, at practically every known point in human history. I think if we’re looking at modern western tattooing, a lot of it has to do with in-group/out-group classification… Many of the indigenous North and South American tattooing practices apparently have a medicinal component, which was also true in Europe. You’ve heard of Otzi the Iceman, the mummified corpse that was found in the Alps. He’s tattooed. The markings are just little dots on the joints, and when they looked at they found that they all look like they’re arthritic, and the belief is that the tattoos were meant as a treatment for the arthritis.

FM: How will tattoos be valuable in the future?

XL: We’re in the middle of the tattoo renaissance, which really started in the mid-1960s as an outgrowth of people asking questions about individual agency, and having this romantic sense of wanting to get in touch with the primitive, and picking up this practice that has been done by so many different cultures over time. People often articulate their desire of getting tattooed as reclaiming parts of their own bodies and creating themselves as individuals. If we think of it as an increasingly automated industrialized society, that appeal may continue. It may be something like, “I often feel like I’m a cog in the wheel, but my tattoos make me feel different and special.”

FM: Do you think that the DermalAbyss project reflects the future of tattooing?

XL: I think that it could be part of the future of tattooing, but I doubt that it will ever be the whole future of tattooing. It sounds like the kind of thing that could be important to people, but could also be marginal to what I think of as the history of decorative and expressive tattooing. People get tattoos currently as medical tattoos. When you need radiation, you get little tattoos to position the radiation. Women who’ve had breast reconstructive surgery often get their nipples tattooed back on. In a certain sense, tattooing is just a technology.