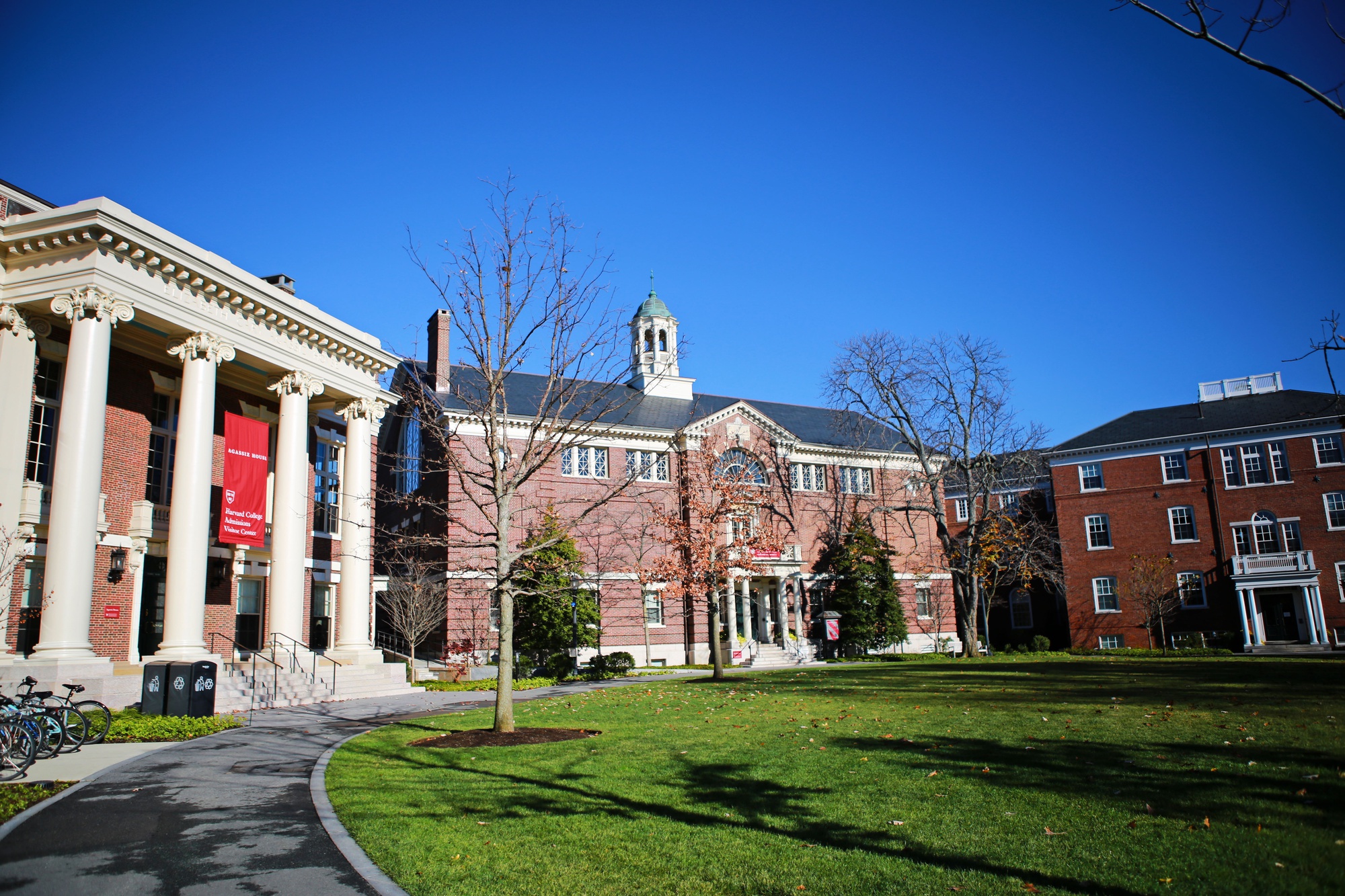 Olmsted and his peers were following the lead of Radcliffe women down the street. Maud Wood Park, a Radcliffe alum, had founded the College Equal Suffrage League—a club that became a nationwide organization—at the women’s college a decade earlier.
By Elida Kocharian and Trula J. Rael

Allen S. Olmsted, class of 1909, knew exactly what he was getting into when he wrote a series of inflammatory letters to then-President of Harvard Abbott Lawrence Lowell. Olmsted’s request: a lecture space for Emmeline Pankhurst, founder of the Women’s Social and Political Union of England and soon-to-be famous leader of the women’s suffrage movement.

The problem? It was 1911: Nine years before women gained the right to vote in the United States of America, 64 years before Harvard started admitting women in an equal access admissions process. When Olmsted petitioned Lowell, women were banned from giving lectures at Harvard.

Olmsted, then a student at the Law School, was one of many students who spoke out actively against the University’s discriminatory policy. In 1911, he and six other Harvard men founded The Harvard Men’s League for Woman Suffrage, an organization that sought to facilitate open lectures by suffragists throughout the year—in explicit violation of the University policy.

Olmsted and his peers were following the lead of Radcliffe women down the street. Maud Wood Park, a Radcliffe alum, had founded the College Equal Suffrage League—a club that became a nationwide organization—at the women’s college a decade earlier. Its goal “was far more serious than merely winning assent to the desirability of enfranchisement,” said Louise M. Young, a prominent New England suffragist.

Olmsted’s group similarly met resistance. When members petitioned the Harvard Corporation to grant them use of a Harvard lecture hall to host Pankhurst, a student opponent named E. Kerper insisted that the League had not acted in “good faith” in affiliating itself with Harvard and that it should be denied the “greater privilege” of a College building. Denied it was.

That didn’t stop Olmsted: He took the battle all the way to the top of Harvard’s hierarchy. Many heated run-ins led President Lowell to call him “a well-intentioned fellow, but a natural mischief maker.”

Lowell and Olmsted kept a regular—if begrudging—correspondence. In a series of letters to Olmsted, Lowell and the Corporation insisted that they had no objections to the “subject” of suffrage, but they felt that “with Mrs. Pankhurst the thing was being carried a little too far.”

In letters to other faculty members, though, Lowell fully admitted that his grounds of refusal for the lecture hall for Pankhurst were as follows: “We do not think that the subject of women’s suffrage comes under the category of our subjects.”

Another University administrator put it more simply: “We did not want women lecturing in the hall.”

“We believe this privilege of the students to hear lecturers on all sides of every question...is an essential, though an unofficial, part of a Harvard education,” Olmsted wrote in a letter to the Corporation, advocating for the opportunity to hear women’s voices on a largely male campus.

Though the administration was unsupportive of Pankhurst’s appearance, students were ecstatic at the opportunity to hear her speak. More than 1500 students eventually poured into Brattle Hall, an off-campus lecture space just outside of Harvard’s administrative reach. Olmsted hadn’t won outright, but he and the League had accomplished more than many thought possible.