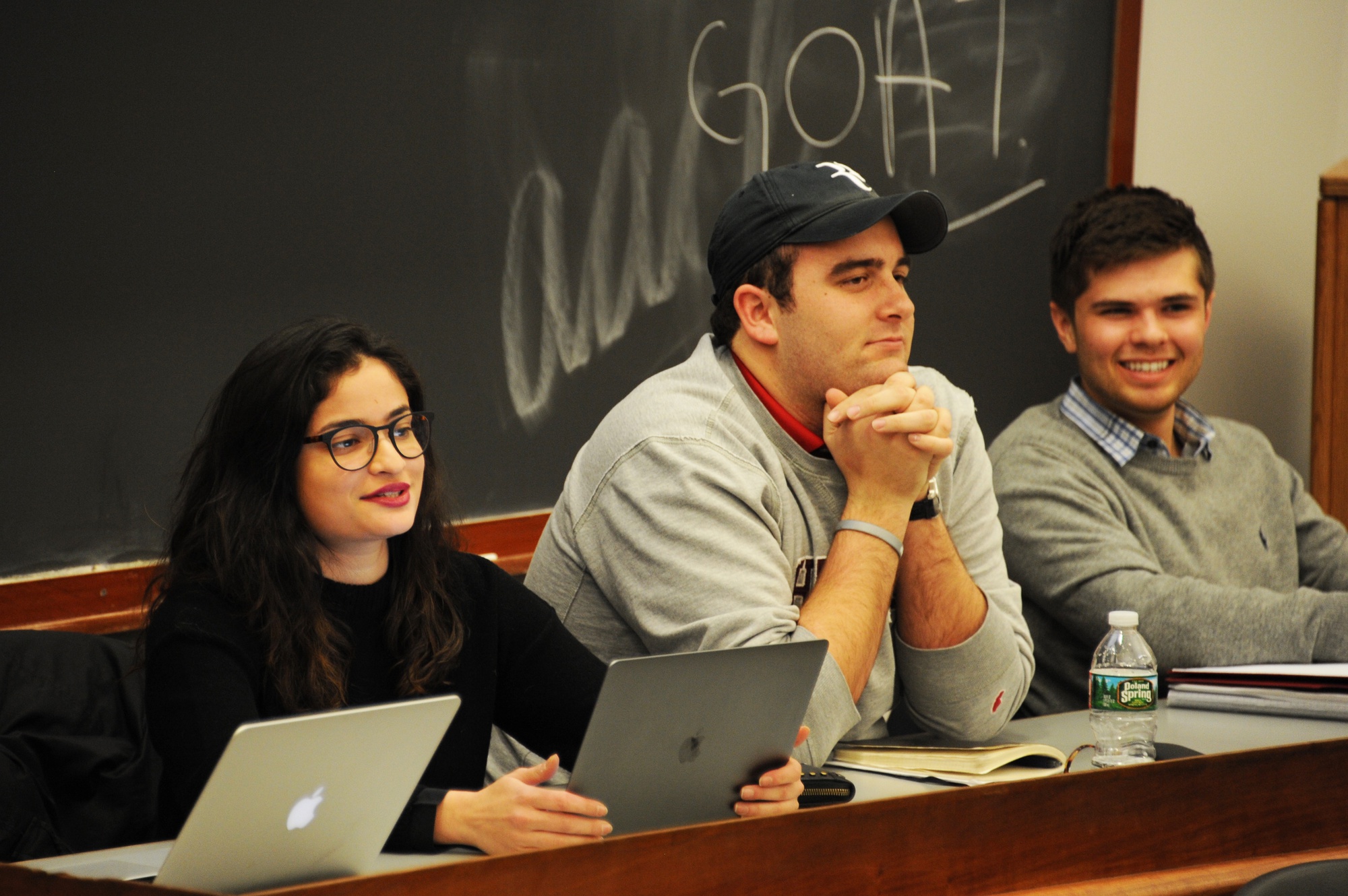 An Update on the Harvard Undergraduate Council’s Mental Health Initiatives

FM follows up with the campaign promises and aspirations of the Undergraduate Council as it hits its stride.
By Frank M. Cahill

When Crimson Yard representative Arnav Argawal ’20 speaks of Harvard as a “transformative experience,” he isn’t just referencing the Dean of the College Rakesh Khurana’s refrain. And when he talks about mental health concerns as an “impediment” to that experience, he isn’t just tossing around an overused campaign slogan.

Speaking in Annenberg over the low thunder of the late lunch rush, Argawal insists that mental health is more than just a buzzword.

Recently, Argawal helped organize a Peer Counseling meet-and-greet for freshmen, with representatives present from each of six on-campus peer counseling groups to increase the visibility of mental health resources on campus. He is also planning “We Care Week,” set for mid-April, which will connect peer counseling organizations with University Health Services counseling and mental health services to promote even greater awareness of resources.

Argawal’s interest in student well-being is no surprise given the prominence of mental health in talking points and platforms during the recent UC election cycle.

They also outlined an academic duress policy that transfers authority to grant academic extensions from professors to Resident and Faculty Deans.

Sachee, on speaker-phone from the UK, chimes in: “One thing we believe is very important is to give support to people we think are experts.”

Sachee and Khansarinia have also continued the Grant for an Open Harvard College.

This $30,000 fund, reserved for student groups, is dedicated to four “compelling interests,” one of which is mental health. The Harvard Student Mental Health Liaisons’ “Stop, Talk and Block” in February received funding from the fund.

More recently, Sachee and Khansarinia have unveiled plans for comp reform. By Fall 2017, as the Class of 2021 arrives on campus, they intend to introduce a review system for comps similar to the Q Guide. Recognizing that extracurricular involvement can be a significant source of stress on Harvard students, they feel that greater transparency in organizations’ comp processes will preserve students’ well-being.

Another item on their mental health agenda is peer counseling. Sachee says that peer counseling groups lack sufficient funds for meals when they arrive for training in early August. She says that the UC intends to provide the necessary funding, in part from the UC budget

Other campaign promises are proving difficult to fulfill.

Argawal’s campaign dream of integrating a peer counselor into every student’s advising network is logistically implausible, as these organizations are overwhelmingly understaffed, he says. Instead, Argawal is looking to incorporate counseling and mental health services contact information into students’ advising portals.

Sachee and Khansarinia are facing similar difficulties in their academic duress policy. “That’s obviously a huge policy that would require a very large administrative change,” Khansarinia says. For now, he and Sachee are focusing on smaller initiatives with shorter timelines.

But mental health remains a priority. “If one’s experience is hampered by continuous mental health problems and concerns, and there are things that we can do to alleviate that and we don’t? That’s unacceptable,” Khansarinia says.