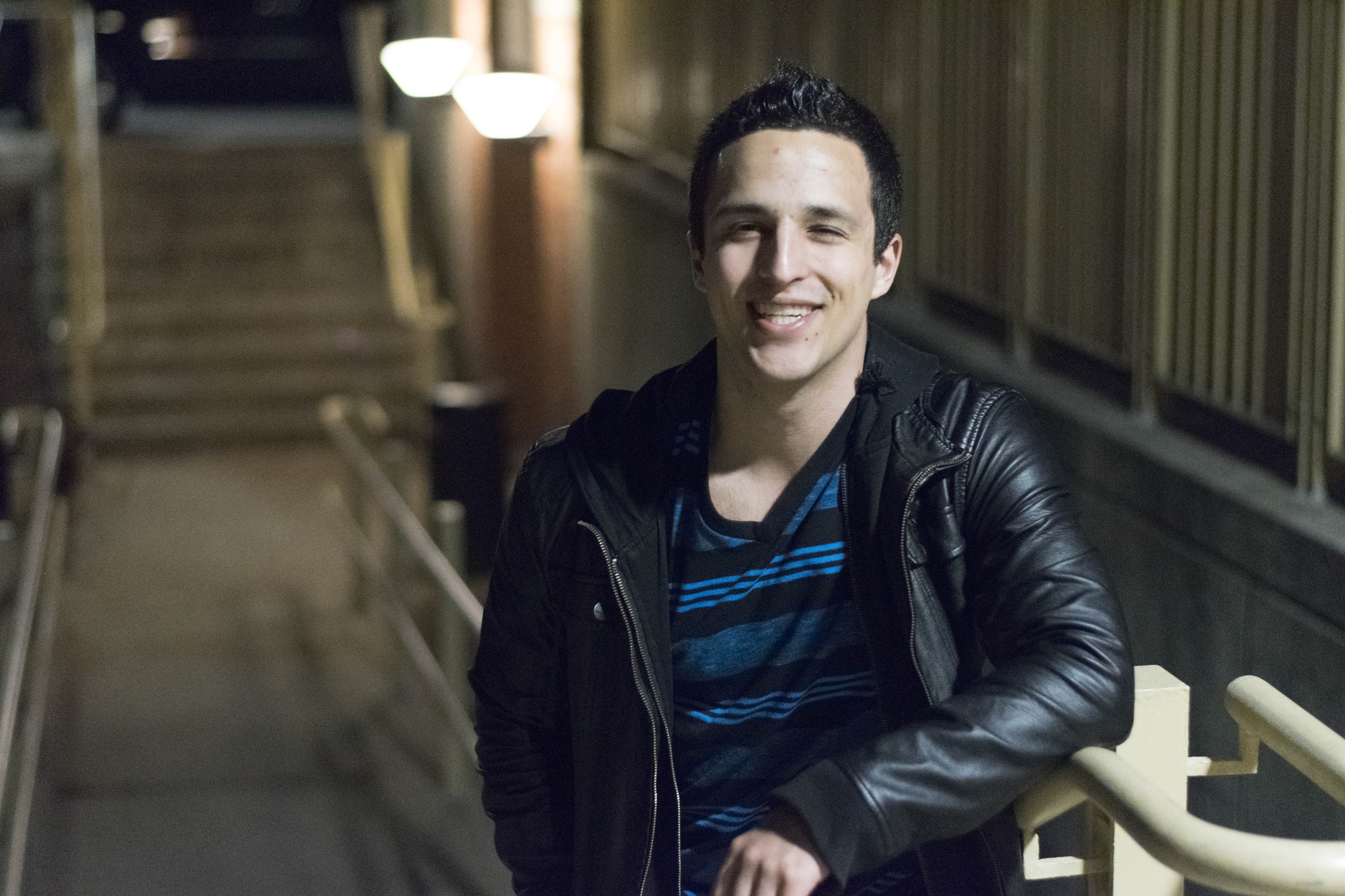 On the Streets With HSHS Street Team

On a typical Saturday night, Lozano would make a beeline past the final clubs to enter the shelter. There, he would make sandwiches and fill a backpack with bottles of water and V8, hats and gloves.
By Katie C. Berry

It’s Saturday evening, and even though it’s April, the streets are already dark. Music pours over the fence behind the Bee Club, bathing the Harvard Square Homeless Shelter in a jarring soundtrack of mid-2000’s soft rock.

Raising his voice to compete with the music, Shayn A. Lozano ’18 talks about being a volunteer for the shelter’s “Street Teams.” This is only the second free Saturday night Lozano has had all year. The first time, he’d had to cancel his shift in order to study for a sudden avalanche of midterms.

If no one had been able to cover his shift that Saturday, Lozano says he would have come, midterms be damned.

On a typical Saturday night, right around now (it’s just past eight o’clock), Lozano would be making a beeline past the final clubs to enter the shelter, nestled in a quiet corner that seems far removed from the hustle and bustle of nearby JFK Street. There, he would make sandwiches and fill a backpack with bottles of water and V8, hats and gloves.

Then, Lozano and his fellow Street Teamers would walk the winding route up to Border Café, down Massachusetts Ave. and Mt. Auburn Street, lingering inside the Harvard Square T stop and the Garage.

It’s a short walk, but it normally takes two to three hours. Street Teamers stop along the way to check in with anyone who looks like they could use a blanket or a granola bar, or help people phone in for shelter bed lotteries.

Another responsibility, though, is listening, and that’s what takes up the time. Lozano cites one recent 45-minute conversation with a homeless man who had once been an all-star javelin thrower and had almost won the Massachusetts state championship. Questions about other conversations yield anecdotes about Korean food, playing guitar, and tai chi.

“People don’t hear these stories, because a lot of us tend to ignore this population,” Lozano says.

Once, for example, Lozano was discussing a movie with a man he encountered on his shift, when the man asked a passing stranger if he’d seen it. The passerby completely ignored him.

“There’s no way you didn’t hear that,” says Lozano. “But for some reason, he’s not worth replying to.”

That’s what brought Lozano to Street Team: discomfort with the disparity between the lives of the homeless in Harvard Square and the privilege within the gates of Harvard Yard. Students have “the ability to go to a dining hall and never get hungry, and our biggest concerns [are] ‘Oh, I missed points on a test’ or ‘I didn’t get that internship,’” Lozano says.

In contrast, Lozano vividly remembers one individual telling him about how their friend died the night before.

Lozano emphasizes that engagement doesn’t have to be time-intensive or involve material goods. He says simply having a five-minute conversation with someone can help them out, sometimes.

Nonetheless, Lozano admits that being a Street Teamer can be “draining.” Lozano points to the prevalence of drug abuse in the square’s homeless population, and dreads the experience of “talking to someone and then seeing them out in the street the next night, completely gone.”

Does he ever consider quitting?

“If anything,” Lozano says with a shrug, “it makes me want to do more. The more need I see, the more drive to give I have.”