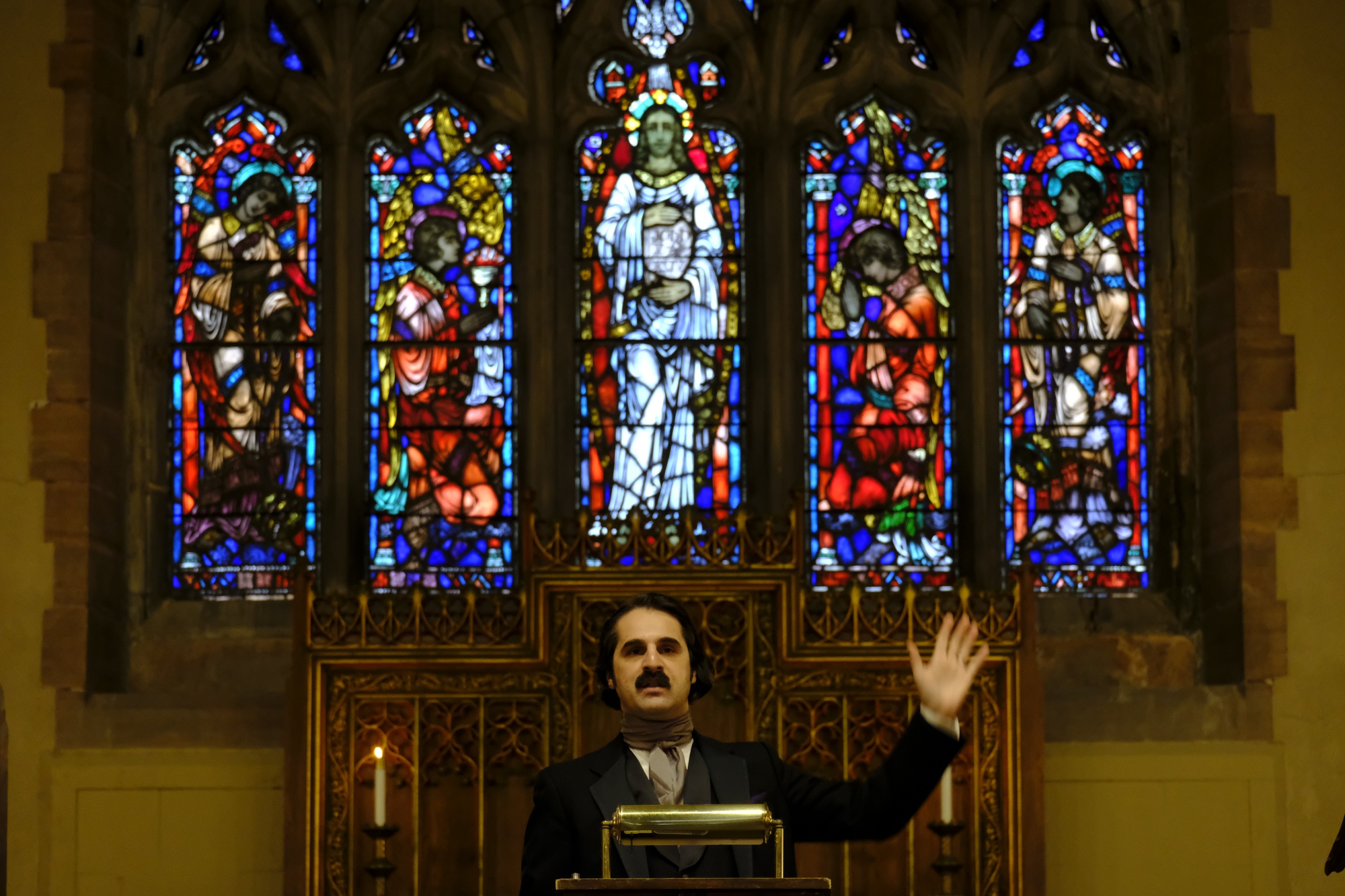 When Rob Velella dons his Edgar Allan Poe costume to perform, he reads the short stories with his whole body and vocal range. Accents slip on and off, eyebrows dance, and arms gesticulate as he transforms from Fortunato to William Wilson to the The Angel of the Odd. If you can’t imagine Edgar Allan Poe being funny, you’ve never seen Velella work a crowd.

This past Saturday afternoon, he read for two performances in the Story Chapel of Mt. Auburn Cemetery; he added the second after the first sold out by Sept. Since Velella began performing as Poe in 2009, he has playacted in 13 states and been featured on NPR’s “Here and Now.” Velella seeks to cover the full range of Poe’s repertoire, which extends beyond gothic horror and tragedy to include comedies and romances.

He hasn’t always been this popular. Velella began Poe-ing because he was looking for a second job to fill the time between his seasonal occupations.

He offered to deliver lectures on Poe, but didn’t receive a lot of interest until he began offering to dress up in a costume and impersonate Poe instead. This was in 2009, the year of Poe’s bicentennial, which saw events and programs meant to celebrate his work and legacy, hosted around the globe.

Velella has always been interested in Poe. “When I was in college, I wrote my senior paper on Poe and his appearances in popular culture, which is unintentionally ironic considering what I do now.” He laughs.

The versatility and broad appeal of Poe’s works fascinated him. “The high-minded Ph.D. scholars are really into Poe, the general reader who's never gotten past a high school education loves Poe, and everybody in between... Poe's deep if he want him to be deep. He's just fun if you want him to be just fun.” 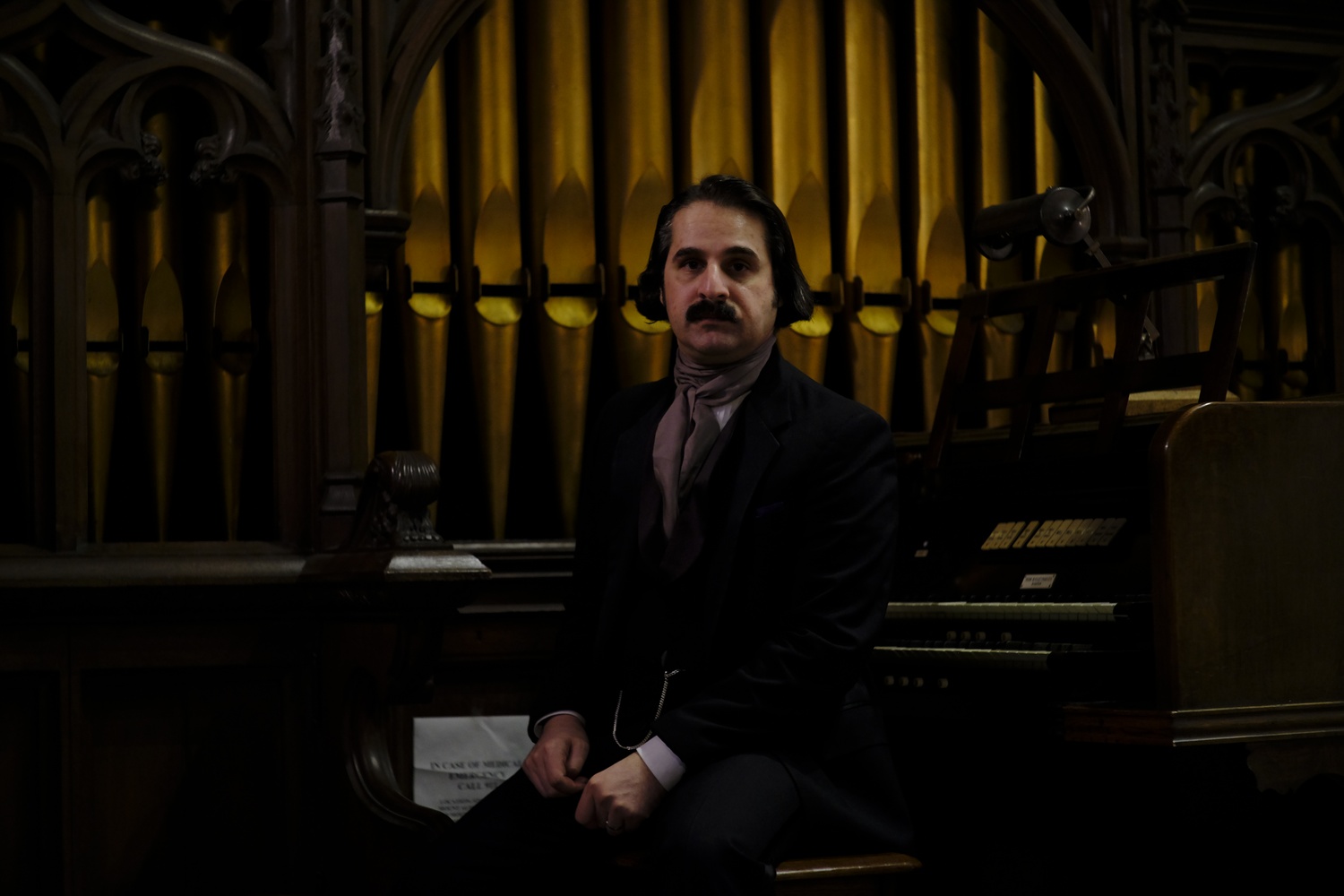 The gig isn’t all giggles though. Velella says downsides include actually being treated as the famous poet and seeing the line between him as a person versus him as a performer blur. “The last time I was performing in Nashville, Tennessee, four different women kissed me. It wasn't that they wanted to kiss me, they wanted to kiss Poe,” he says. “You didn't expect that — you were just asking an innocent question and then Poe basically gets sexually assaulted.”

Like many who dwell in the public domain, Poe is mired in misconceptions. For instance, it is a relatively unknown fact that Poe wrote more comedies than horror stories over the course of his career. Many also mistakenly consider Poe to be a drug addict and an alcoholic, assuming his first-person narration style is autobiographical.

“Poe is really complicated,” Velella stresses. “[Readers] have this idea that makes so much more sense to them that he's crazy or a drug addict or boozed up all the time and writes all these scary stories.” While Poe was an alcoholic, he was making an effort to control his habit, Velella says. “He's essentially writing these stories that are meant to scare people away from the dangers of drinking.”

Vellela’s work with Poe stems from a longer-held infatuation with 19th-century literature. “It’s a period of exploration and discovery,” he says. “What is the United States? What are we creating that identifies who we are to the world?”

Velella cites the rise of democracy and the fall of Eurocentrism as key events that shaped American literary styles during this time. The short story, he emphasizes, traces its origins back to this pre-Civil War period and offers a direct contrast to the epics and novels of Europe, which were mainly consumed by the elite.

“I know I get more work in October for a reason,” he admits. “But I'm trying to broaden people's understanding and complicate the assumptions that people make... I like taking literature and returning it to the masses.”

Indeed, Velella takes a very spontaneous approach to gauging the mood of his audience. He takes two folders to the podium: purple for planned stories, and black for all the rest. “Just in case I change my mind. And I have done that before, where I suddenly get inspiration, someone in the audience wearing a T-shirt or something and it reminds me of something and I’ll just switch it up.”

To further this goal, Velella takes questions from the audience in character. A common one is, “How did you die?” Velella-cum-Poe sputters in outrage every time. “How insensitive do you have to be to ask about death to a dead person?” The masses laugh and inevitably, the morbidity returns.