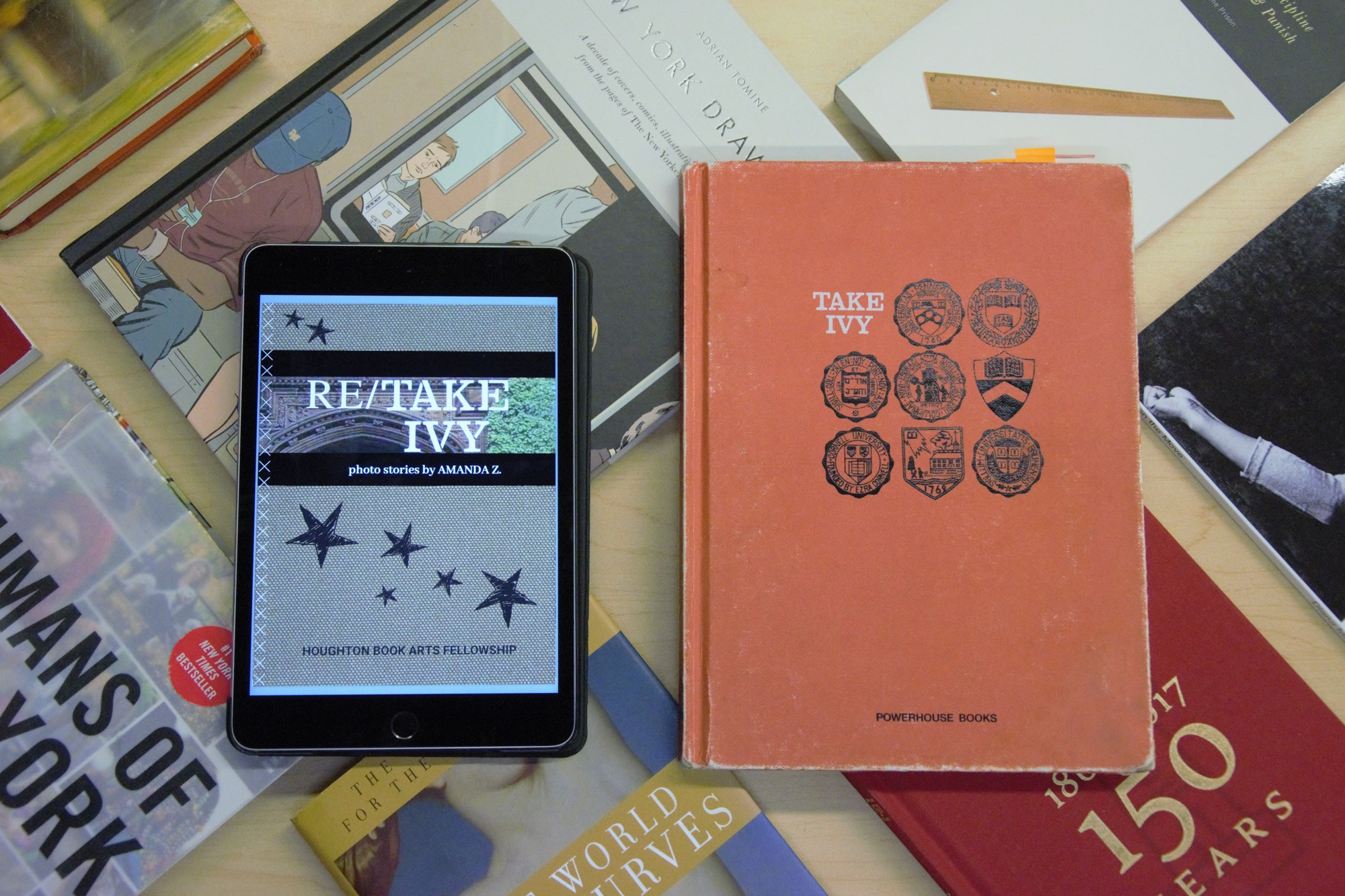 Amanda Zhang ’21 describes today’s outfit as more “femme” than usual: a white knee-length dress with thin black straps and doodles of faces and profiles gracing its fabric. As she dresses each morning and walks to class, she often wonders, “Is someone going to take me seriously as a student?" Zhang explains that women or people of color who “differ from the kind of person who’s always gone to Harvard” have to reckon with their identity expression on an everyday basis.

Zhang says she realized that there is a “public sort of ethos that goes along with [Harvard’s] history” early in her career as a college student. “When I think of my family in Asia, and you ask them, ‘What's a good school?’, they say, ‘Harvard.’ You'll ask them, ‘What do Harvard students dress like?’, and they will say, ‘This.’”

“This” Ivy League look refers to four white male students walking under a gothic stone arch in plaid shorts and greyscale sweaters with collars peeking out — the exact image that appears on the original cover of “Take Ivy.” Founded in 1965, “Take Ivy” was a survey of collegiate American fashion created by Japanese photographers who wanted to introduce the style to Asia. They traveled up and down the East coast documenting the outfits of Ivy League students. A cursory flip through the book shows page after page of white men wearing rugby shirts, Bermuda shorts, and boat shoes strolling around brick buildings and grassy quads.

When she was in high school, Zhang found an online video that the “Take Ivy” photographers had produced in conjunction with the book. The images stuck with her even after she became an Ivy League student herself: for her final project as a Houghton Library Book Arts fellow this summer, she dug up a copy of “Take Ivy” in Widener. The book’s cover was missing, so Zhang was inspired to update and redesign the original cover. Her new cover obscures most of the original image, leaving only the title and the top of the arch visible.

When she arrived at Harvard, Zhang discovered the same tension between Ivy League style and self-expression that she had seen in the pages of the magazine. During her freshman year, Zhang took a class called “Fashion and Slavery” that pushed her to think about the issue in an academic setting. While many conceive of the stereotypical Harvard professor as someone who prefers collared shirts and pressed slacks, “Fashion and Slavery” challenged many of those ideas — her professor regularly sported “jean overalls and Nikes to class as professional wear.” This questioning of institutional conventions via clothing prompted “a lot of discussions in that class about what clothing means and how it can be used as a symbol of resistance and how it tells stories,” Zhang says.

Her curiosity about how institutional support influences “personal” style grew into her project on “Take Ivy.” In the course of her research, she was struck by how a physical book in Widener can academically legitimize a subject, and she became determined to produce a book that would one day have a place in Widener’s stacks — because “it's another one of those ways of making fashion stories legitimate and intellectually rigorous.”

Though her fellowship ended in August, Zhang has continued to work on her project. She’s planned a series of sit-down interviews and photo shoots with Ivy League students. She describes the interviews as casual conversations, guided by the question: “What led you to dress the way you did today?” The goal is to document these exchanges over the course of the year and compile them into a book by next summer; eventually, she plans to revamp the original creators’ vision by incorporating more technologically advanced components, documenting her art on a blog or an Instagram account.

Zhang emphasizes that redefining Ivy League style will require understanding the individual experience as opposed to a generalized Harvard experience. “It's very hard to get something like Harvard to change in the minds of an entire generation of people,” she explains, “but it's much easier to showcase that individuals are making their own unique choices to make Harvard different.” She believes that the only way to do this is to speak on a personal level with many people. “The heart of this project is sitting down with people… which really speaks to how Harvard is becoming a far more diverse community that needs to collaborate in effective ways,” she says.