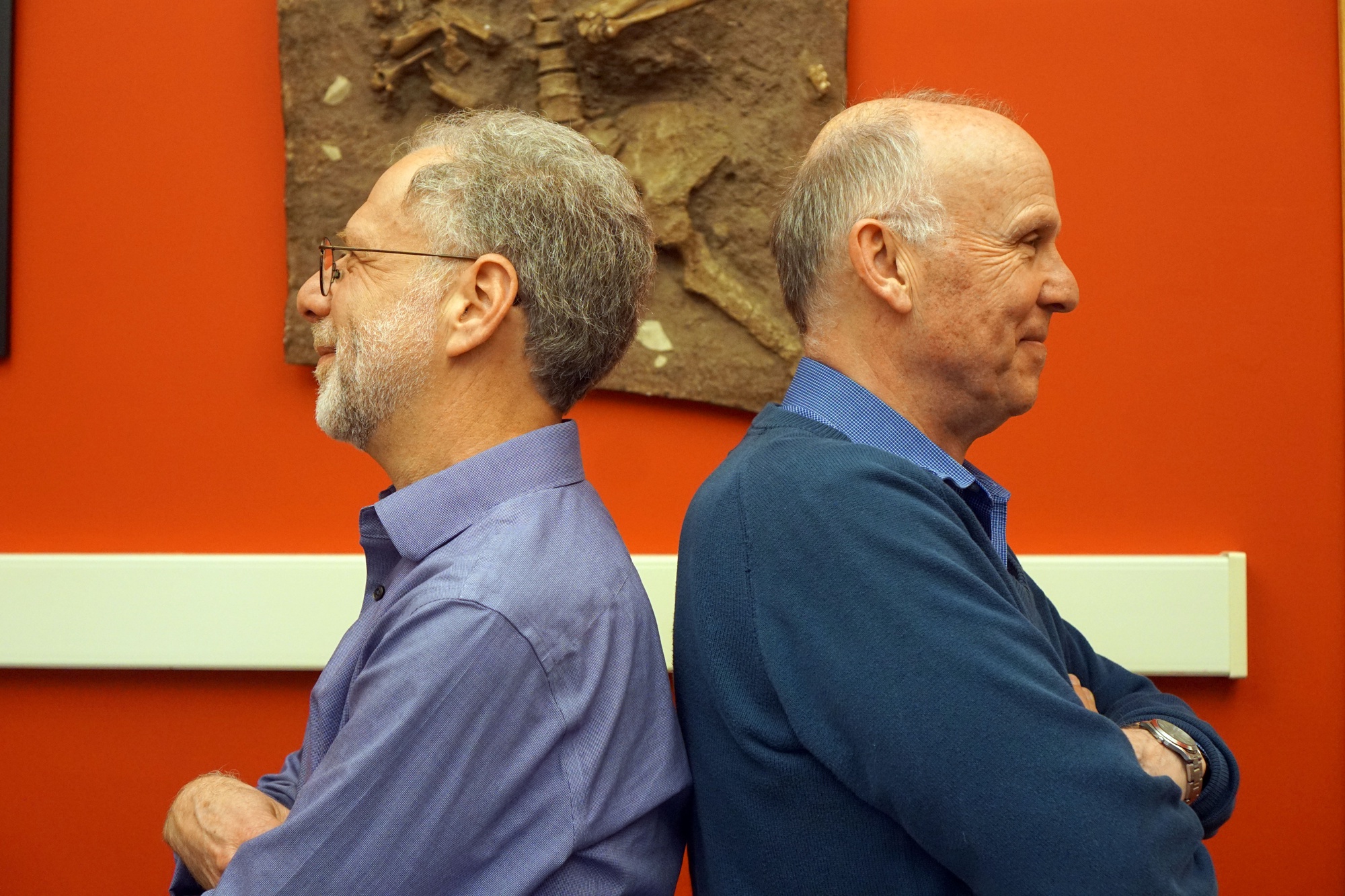 Heat is not just the exogenous heat we create when we cook, but the heat we generate with our metabolism. The fire within us is very important.
By Hillary A. McLauchlin

From man’s first encounter with fire to increases in global temperature, heat has played a sizeable role in human development. FM sat down with Richard W. Wrangham and Daniel E. Lieberman ’86—Professors of Biological Anthropology and Human Evolutionary Biology, respectively—to get an evolutionary perspective on everything from cooking to metabolism to physical activity to the fate of the human species.

Editor’s Note: This interview has been edited for clarity and length.

FM: How has the human ability to respond to, and utilize heat, provided us with an evolutionary advantage?

Richard W. Wrangham: Cooking is a human universal. It now appears clear that humans are biologically adapted to eating their food cooked, not only in the sense that they are easily able to take advantage of cooked food, but that they require cooked food on a regular basis. My evaluation of the evidence about the ways our bodies have changed is that it’s been true for almost two million years. What this means is, humanity, in the sense of the genus Homo, began when an ape learned to cook.

Daniel E. Lieberman ’86: While I don’t disagree with Richard that cooking was profound, fundamental, and important in human evolution, I believe that there was probably a two-stage process. First, the mechanical processing of food required less muscle force, fewer chews, and the particle size of the food was vastly reduced. When you digest food, it’s the surface area to volume ratio of the particles that determine the efficiency of digestion.

The other aspect of heat is not just the exogenous heat we create when we cook, but the heat we generate with our metabolism. The fire within us is very important. One of the topics I’m very interested in is to what extent human metabolism has changed over the last few million years and how much has physical activity played in those shifts to our metabolism. We have become a species that’s very energetically intensive—we use a lot of energy but we also get a lot of energy from our food.

FM: Based on the evolution of our metabolism, what might be one of the most widely held misconceptions about human nutrition?

RWW: People think that by conducting the standard kind of test of how much heat is contained in a given food item that they can work out how many calories they will gain. In practice, the way that the body is designed to digest food means that the number of calories that we get is dependent on the physical state of the food—particularly whether or not it has been cooked.

The reason for this is that if the food has been cooked, the molecules are easier to digest; if they are easier to digest, the body spends less energy on digesting the food. This might explain partly why it is that the obesity crisis has come to us—it’s because we are eating food that has been more and more highly processed.

FM: Has your study of evolutionary biology made you more or less hopeful for humans’ current condition and future?

DEL: The world continues to go through a post-industrialization transition in which more and more of us are eating processed food and doing less physical activity. You could say, on one hand, that we are headed towards higher rates of heart disease and higher rates of diseases such as diabetes. On the other hand, these are changes brought by culture; cultural evolution is driving many of these shifts. The beauty of cultural evolution is that we can change it in the other direction. The solution will not just be treating these diseases as they arise but preventing them. We need to recognize this is an issue at Harvard, not just in terms of our community’s long term health but even our short term health. I’d love to see a dialogue at Harvard about reintroducing a physical activity requirement—not only for undergraduates but for the faculty as well.

RWW: One has to take an evolutionary perspective on pessimism and optimism on what the future of the world is in terms of other species occupying it. What we are doing at the moment is a fairly continuous approach towards treating the whole of the planet earth as a giant human feedlot. From the point of wildlife conservationists, this is a tragedy.

We are already in one of the great episodes of extinction of all time. From an evolutionary perspective, it is alarming that with whatever is going on in terms of quality of human life we are running the risk of becoming so dominant on the world that it actually undermines our own future.

DEL: This is where an evolutionary perspective is vital, when we think about how we are going to solve all of these challenges—overpopulation, increasing disparities between rich and poor, higher levels of obesity—we have a tendency to think of these problems in terms of the here and now. As we tackle these serious challenges, we cannot leave evolution out of the equation. We can’t live without it.