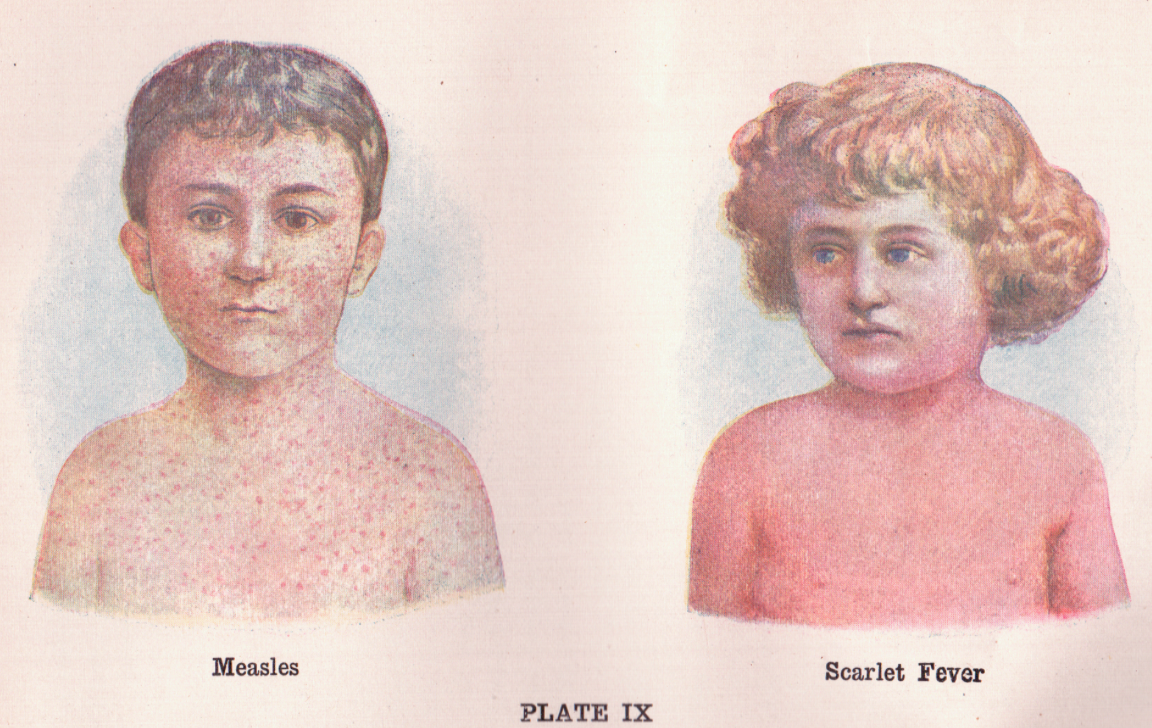 The only situation in which someone should get scarlet fucking fever is on the Oregon Trail.
By Eliya O. Smith

Our journey west continues, but I write with somber news. One of our oxen gave out from heat exhaustion and a band of child snatchers kidnapped Chastity and we are out of corn so none of us have eaten in three days. Also I got scarlet fever and am probably going to die.

To be honest, I’m kind of mad that the kidnappers didn’t get Prudence because I know she is going to steal my betrothed, Jedediah, after the scarlet fever has taken me because Prudence is a little bitch and Chastity, my favorite sister, would never have done me like that. But alas.

I do not know how much longer I will have to suffer on this bumpy-ass covered wagon. But mama, I must confess that I thought this disease would be a hair more glamorous. Or at least sort of serene and genteel. Turns out scarlet fever is actually just strep throat, but you get a rash too and I’m sort of just itchy all the time and also very pink. I keep scratching myself and I think Jedediah is getting grossed out, although it doesn’t matter anyway since I’m going to die since there is no medicine anywhere since it is definitely absolutely most certainly not the year 2018, it is obviously 1805 and we are obviously trotting westward since the only situation in which someone would get scarlet fucking fever is on the Oregon Trail.

Or maybe we’re not traveling west; maybe it’s like, medieval Europe, and, dear mama, I hope papa found a pigeon to fly this letter to wherever you have traveled to sell your pots; they’re probably bringing the leeches soon, at which point I will have to rest my quill, so bye forever.

Or maybe... it is early America and I am a sad Southern lady and I walk in slow motion with a drapey velvet blanket covering my rash and will die on a bed of roses as all 12 of my scorned lovers weep quietly in the corner. Sending love, ma!

Perhaps it is 1901, actually, and I live in a crowded tenement in New York where my family rented a nice gentile boy to light our shabbos candles except that he infected me with this reptilian skin disease and now I will never live to see my immigrant story immortalized in the hit Broadway musical Fiddler on the Roof. Oy.

I guess it might be like, Italy or something in the early 20th century and my mafia boss father is about to escape to America so he doesn’t get murdered on a stucco balcony, sort of like remember in “Twilight” when Edward got scarlet fever or maybe that was the Spanish influenza or something? Now I’ll never be able to avenge the death of mio padre unless someone bites me and turns me into a sparkly repressed demon which is so not how I thought my “maiden comes of age” story would go and also I think I am confusing “Twilight” with ‘The Godfather” which is probably offensive to a lot of people on a number of levels but it doesn’t even matter because I have scarlet fever so everyone must pity me, full stop, woe is me, period.

The point is that whenever it is and wherever I am, it cannot possibly be Cambridge, Mass. in 2018; I am definitely not a student living in a fully globalized world with access to the most advanced medical technology at my fingertips, because nobody gets scarlet fucking fever as a regular college student in this era of modern fucking history.