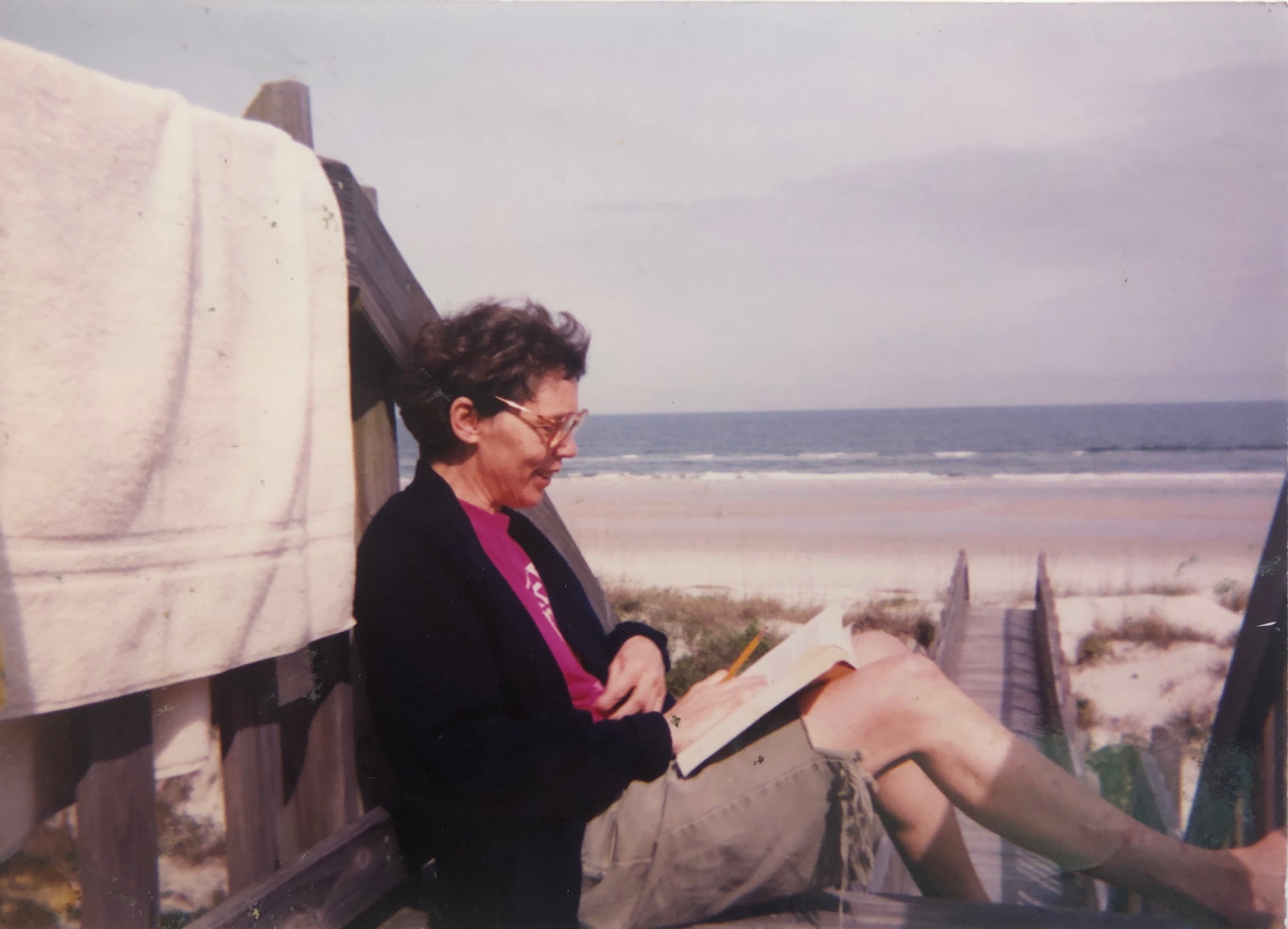 As the heat swells, an orange haze consumes bras — and the curling pages of Playboy magazine — in a plume of rising smoke and a purge of female frustration.
By Mollie S. Ames and Elyse D. Pham

A trash can bursts into flames outside Atlantic City’s Convention Hall. As the heat swells, an orange haze consumes bras — and the curling pages of Playboy magazine — in a plume of rising smoke and a purge of female frustration.

In protest of the 1968 Miss America Pageant, a hundred women dropped their belongings into the fire, including hair curlers and false eyelashes — anything “that smacked of ‘enslavement'’’ in the words of Charlotte Curtis for the New York Times.

Among the defiant, “Kathy Amatnick” reportedly yelled across the crowd to reprimand her elderly grandmother for engaging in a forbidden act — talking to a man. The Times reported her plea, “You mustn’t do that”!

The young woman’s actual name is Kathie Amatniek ’64 — that is, before she changed it to Sarachild in honor of her mother Sara. A key figure in the 1960s radical feminist “consciousness-raising” movement, Sarachild first discovered her knack for generating awareness on a smaller scale. Years before she established herself as a radical and influential activist, she developed another platform for herself that influenced her peers. 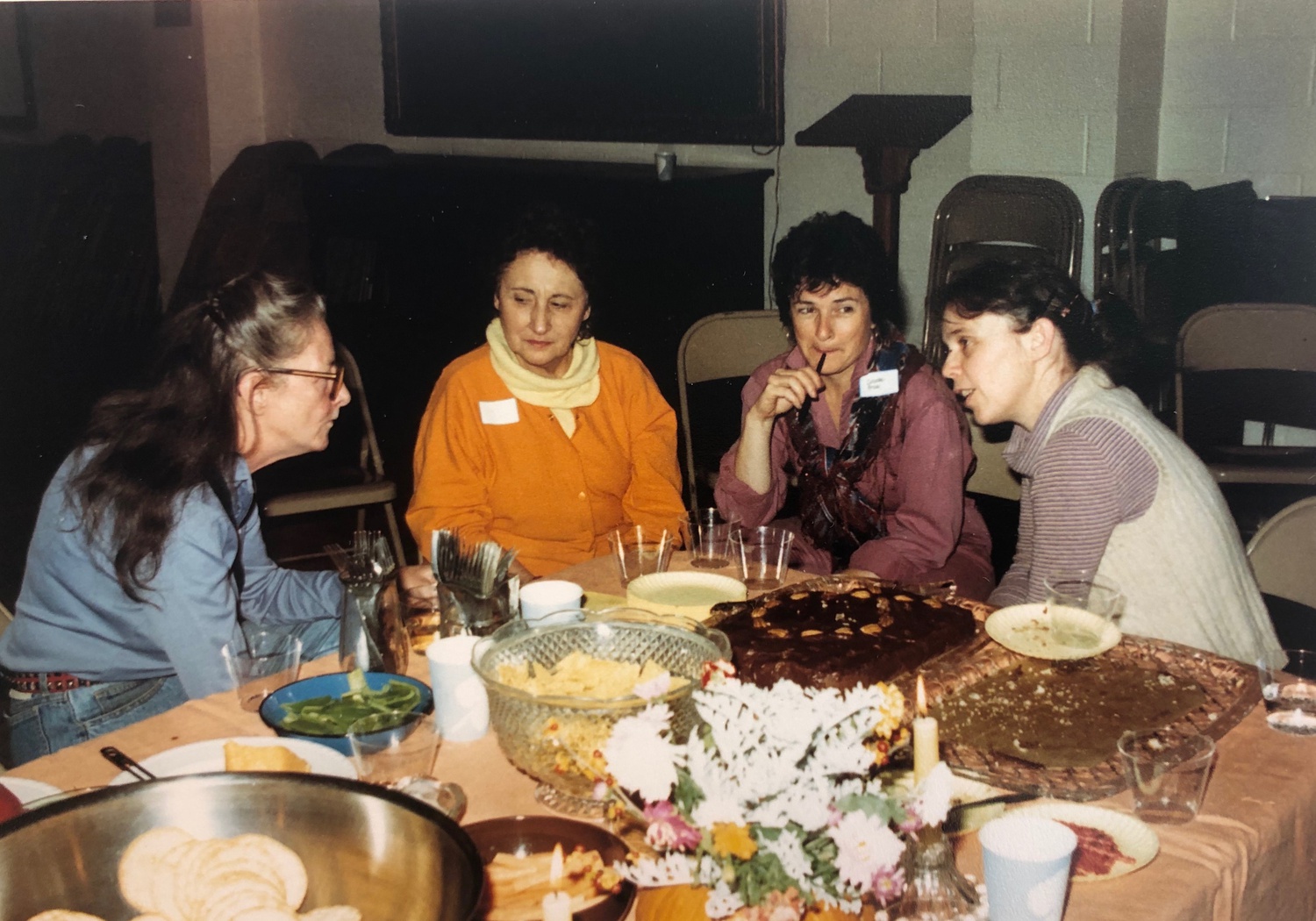 At Radcliffe College, she served as The Crimson’s only female editor, writing opinion pieces that one student organizer credited as “the first appearance of the anti-war movement at Harvard.”

Between film reviews and rebuttals to The Harvard Review, Sarachild published a series of articles on America’s continued military presence in Vietnam. From 1962 to 1963, she commented on America’s strategies to overwhelm the Viet Cong and their struggles to intercept guerilla propaganda in South Vietnam.

In her article “Cambridge ADA Gives Screening Of Vietnam Film,” the nondescript title belies the fluidity with which Sarachild conveys her beliefs on the overbearing presence of America abroad.

The movie focuses on South Vietnamese guerillas’ struggle against American imperialism and Sarachild forces her readers to acknowledge this. Her persistent written references of distinctly “American” tanks and pilots and soldiers refuse to let her audience off the hook.

But this balance between subtlety and politicization does not preclude other moments of argumentative clarity in her writing. In her piece titled “GIs and Guerillas,” she declares unambiguously that “The status quo is intolerable.”

She writes that “[a]s long as the South Vietnamese must endure an autocratic government which they have had no part in choosing, the terror of civil war, and the presence of thousands of foreign (American) troops,” guerilla propaganda will remain attractive, offering “a future of economic progress and certainly no less political freedom than they presently enjoy.”

While perhaps it’s not surprising that she wrote passionately about the Vietnam war, her lack of commentary on feminism might be unexpected. After all, many cite the defining moments of her career as helping found the New York Radical Women’s group, participating in the Miss America Pageant protest, and coining the slogan “Sisterhood is Powerful,” among countless other efforts toward gender equity and female empowerment.

But Sarachild’s influence on the feminist movement wasn’t limited simply to these contributions: She expanded the limited focus of traditional 20th century feminism to include issues pertinent to women outside of a certain class or race — that is, middle-class, white housewives.

“Whatever else we may do, consciousness raising is the ongoing political work,” Sarachild said to the New York Times in a 1970 interview. As a member of the Redstockings, a feminist group founded in the 1960s, Sarachild attempted to break down “the divisions between women that keep us apart,” particularly along lines of race and class. Immediately after graduating, Sarachild worked first in Mississippi as a member of the Student Nonviolent Coordinating Committee — a crucial force in the American civil rights movement.

Many years later, Sarachild’s attention to the intersection of race and gender remained integral to her conception of activism. In a 1998 letter to Betty Friedan, now maintained by the Schlesinger Library, Sarachild stresses the importance of women’s support for civil rights and civil rights activists.

“I think it would be so good if there was a strong feminist presence among those sending birthday greetings to Jim Forman,” she writes. Jim Forman was a leader of the civil rights movement, involved with the SNCC, Black Panther Party, and League of Revolutionary Black Workers. She continues, “After all, without SNCC’s spectacular courage, actions and organizing in the deep South, there would not have been a wave big enough to carry the Civil Rights Act of 1964, with the sex discrimination provision in it, over all obtacles.”

Sarachild’s role in creating anti-war and civil rights consciousnesses at and after Harvard both foreshadowed and reinforced her role in a feminist movement that focused on consciousness-raising as a method. As the title of an essay of hers proclaims, this strategy was nothing less than a “Radical Weapon.”

—Magazine writer Elyse D. Pham can be reached at elyse.pham@thecrimson.com.