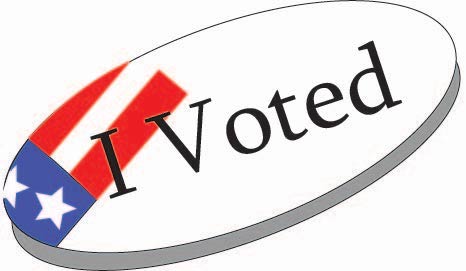 MassPOWER estimates that the proposed amendment would re-enfranchise over 8,000 people.
Advertisement
Advertisement

Restoring the Vote in Massachusetts Prisons

State Senator Jamie B. Eldridge says the 2000 Massachusetts constitutional amendment is fundamentally anti-democratic. “It’s a disenfranchisement that disproportionately impacts African Americans and Latinos, given the makeup of our prison population,” he says. “So I see it as another form of a sort of modern Jim Crow.”
By Carl F. Denton and Matteo N. Wong

In 1997, Massachusetts was one of four states that permitted incarcerated people to vote. That same year, a group of people incarcerated at Massachusetts Correctional Institution at Norfolk filed paperwork to form the first-ever prison Political Action Committee, which sought to improve living conditions within the prison.

Within weeks, then-governor Paul Cellucci signed an executive order barring prisoners from forming PACs. He instructed the Department of Correction to use “punishments such as isolation, restriction and loss of privileges” to enforce the law, and the PAC’s founders were placed in solitary confinement. In 2000, Cellucci introduced a state constitutional amendment to disenfranchise people incarcerated for felonies from voting in elections governed by the state constitution, which came to include both presidential and municipal elections when Cellucci signed a modified bill into law the following year.

Today, an activist group of “free-world and incarcerated people” known as Massachusetts Prisoners and Organizers Working for Enfranchisement and Restoration, has begun the lengthy process to reverse the 2000 amendment and re-enfranchise incarcerated individuals. The group needs to collect over 80,000 signatures before Nov. 20 for the Massachusetts legislature to consider their proposed amendment in 2021. If a quarter of legislators support the amendment, it will become a ballot question in the 2022 election.

MassPOWER estimates that the proposed amendment would re-enfranchise over 8,000 people. More than half of those re-enfranchised would be black, Latinx, or indigenous, despite the fact that those demographics make up just one fifth of Massachusetts’ total population.

“You’re talking about a system that isn't built for justice — it’s built to disenfranchise people and suppress their agency in government,” says Austin L. Frizzell, a volunteer organizer for MassPOWER. The MassPOWER coalition comprises a number of groups with prison-abolitionist goals, including Emancipation Initiative and Families for Justice as Healing, as well as the Harvard Prison Divestment Campaign, which calls on Harvard to divest its endowment from the prison-industrial complex.

The Emancipation Initiative, a central coalition member of MassPOWER, was founded by Derrick Washington from a maximum-security prison in Massachusetts in 2012. Washington, who is currently incarcerated, realized that the Thirteenth Amendment prohibits slavery in the United States “except as a punishment for crime,” making him, as he described it to The Atlantic in September, a “slave of the state of Massachusetts.”

In an editorial on MassPOWER’s website, Washington writes that disenfranchisement strips incarcerated people “of the protective armor of government.”

“Restoration [of suffrage] springs forth the conception of human dignity,” he writes, “providing lawmakers with incentives to oversee the holistic processes in how the raw material of justice is shaped while infusing a sense of equity throughout the system.” Because incarcerated people are denied a political voice, he writes, legislators can ignore them, and as a result, incarcerated people face toxic living conditions, have difficulty communicating with family, and experience psychological exhaustion.

Washington’s sister was unable to put us in touch with him for an interview. When we called the Souza-Baranowski Correctional Center, where Washington is incarcerated, an operator indicated that the prison was under lockdown, but refused to provide further information.

The Massachusetts Governor’s Office and the Department of Correction did not respond to requests for comment.

Organizers began discussing the MassPOWER initiative in late 2018. They realized a coalition was necessary because a constitutional amendment petition would require tens of thousands of signatures, says Elly Kalfus, an organizer with Emancipation Initiative. “So we got together with different groups who share our values to form MassPOWER,” says Kalfus.

MassPOWER has more than 350 volunteers who are collecting signatures at congregations, subway stops, and other public spaces across the state. The $15,000 they’ve raised so far is paying volunteers who have been affected by the carceral system, Frizzell says. To date, 10 state legislators have also endorsed the amendment.

One of those legislators is State Senator Jamie B. Eldridge, who says the 2000 Massachusetts constitutional amendment is fundamentally anti-democratic. “It’s a disenfranchisement that disproportionately impacts African Americans and Latinos, given the makeup of our prison population,” he says. “So I see it as another form of a sort of modern Jim Crow.”

Though the initiative has generated a lot of momentum, Frizzell acknowledges the road ahead will be difficult, and that they are not yet where they want to be. “We have a state where it makes it very hard to do this,” Frizzell says.

Massachusetts law, he explains in an email, makes passing indirect initiatives particularly difficult. Signatures must not only be collected in a short period between mid-September and Nov. 20, but every municipality must also receive and approve a different signature form. And because signatures can be invalidated by small stray marks, MassPOWER needs to collect far more names than the legally required number.

The MassPOWER Initiative is particularly necessary to combat prison gerrymandering, says Ayana S. Aubourg, a program director at Families for Justice as Healing, a MassPOWER coalition member that both works to end incarceration of women and girls and supports families affected by mass incarceration.

Prison gerrymandering refers to the fact that many black and Latinx people are incarcerated in prisons located in white, suburban neighborhoods. “People who are incarcerated in these white suburban areas are increasing the power of [the counties’] vote,” Aubourg says. “But their voices aren’t able to count, and they’re not able to vote. Yet they’re being counted, and that parallels the Three-Fifths Compromise.”

Win or lose, Frizzell says that MassPOWER will submit the signatures anyway. “We think we can make it,” he says. “Regardless of what we get to, it’s important for us to submit, because those signatures are an indication that this state is ready to talk about this kind of work.”